'Revolutionaries should be given due place in India's freedom struggle narrative'

In conversation with economist and author Sanjeev Sanyal 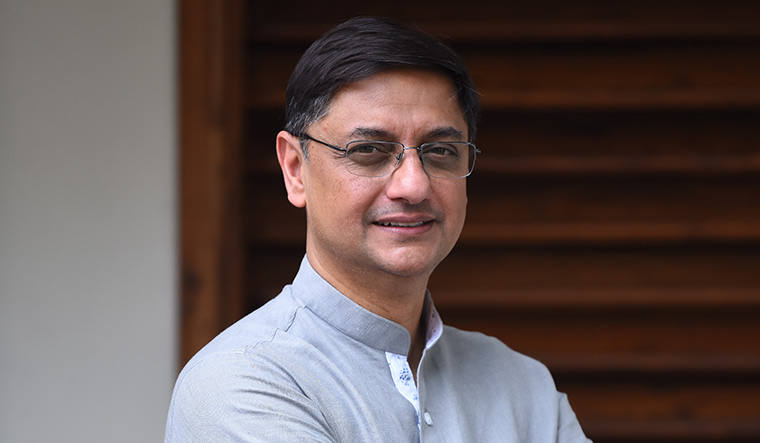 Acclaimed economist and author Sanjeev Sanyal is a staunch proponent of the idea that India’s history of freedom struggle must be rewritten. Sanyal, who was the Principal Economic Adviser to the Union Finance Minister till February 2022, recently released his book that talks about the revolutionaries who got neglected in the post-Independence period.

On the sidelines of the Kerala Literature Festival, he spoke exclusively to THE WEEK on various issues related to India’s past and present.

The dominant narrative about India’s freedom struggle says it had been a non-violent movement. Is your latest book Revolutionaries: The Other Story of How India Won Its Freedom—a book about those who took arms to fight the British—challenging this narrative?

There is no doubt that the mainstream narrative of India's freedom struggle is dominated by the story of the non-violent movement. While this did have a role, it should be remembered that there was also an armed resistance [against] the British Colonial occupation of India. It is not that we have forgotten all these names like Bhagat Singh, Chandra Shekhar Azad, Sachindra Nath Sanyal or Rash Bihari Bose.

But get the impression from the official narrative that these were some sporadic events in the fringe and that they had no real impact on the mainstream narrative. And, that is not the case. The purpose of the book is to show that revolutionaries were very much in the mainstream movement.

Recently you said there is a need to rewrite the history of India's freedom struggle. If that process happens, how do you want it to be?

First of all, you need greater recognition of many of these great freedom fighters. The book is one contribution to that, but you have also seen recently the Netaji statue unveiled in Delhi. Another step is the gallery inside the Victoria Memorial Museum dedicated to the revolutionaries. So, in some ways, they are being brought back into the conversation. Of course, ultimately this has to also reflect in the school textbooks, which I hope will happen over time.

During your research, you might have come across the stories of many extraordinary characters. Could you share the story of one such revolutionary whose story got neglected in the post-independence period?

There are dozens of such characters. Let me tell you about one of them. Many of you may have never heard of somebody called Pandurang Khankhoje. He was an extraordinary person born in the late 19th century in Nagpur. He became part of the revolutionary movement and to escape British Intelligence, he went up to Japan. From there, he went to north America where he gained military training and made contacts with the Ghadarite revolutionaries. When World War I happened, he made his way to Iran—what was then Persia—and he created a group of Persian rebels and Indian revolutionaries and fought in the first world war backed by the Germans and the Turks against the British. Interestingly, his opponent was none other than Reginald Dyer. Dyer first gained a reputation fighting against [Khankhoje's forces] on the Balochistan-Persia border. The war ended with the British side winning and the Germans losing. So first he made his way to Russia and ultimately to Mexico where he became a very famous agricultural scientist. Many of the technologies we now know as the Green Revolution, [were developed by Khankhoje]. In the 1950s, he came back to India and introduced these technologies in India, leading to the green revolution in India as well.

Now, here is just one character, who gave amazing contributions to the freedom fight. Just his contributions to the green revolution and changing the world's food production patterns would alone have made him an all-time great. And yet, most Indians probably have never heard of him.