Who was Annabhau Sathe, whose statue was unveiled by Fadnavis in Moscow?

The writer-activist is known as 'Lok Shaheer' in Maharashtra 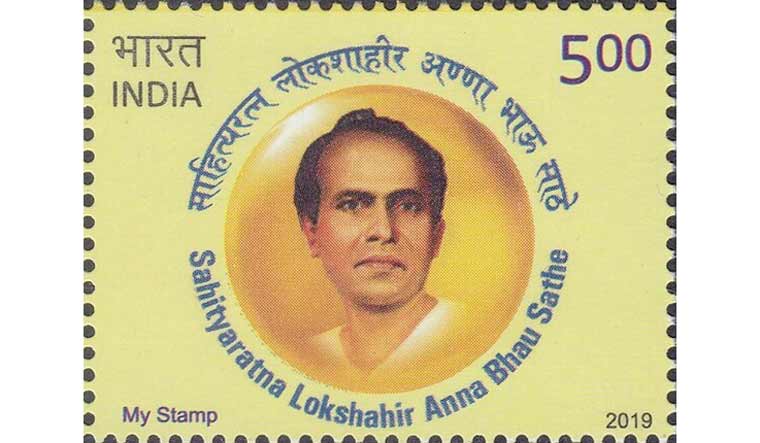 A statue of writer-activist Annabhau Sathe was unveiled by Maharashtra deputy chief minister Devendra Fadnavis in Moscow on Wednesday. Sathe’s oil painting was also unveiled by Fadnavis in the Indian consulate in the Russian capital.

Annabhau Sathe is known as Lok Shaheer in Maharashtra. Lok Shaheer means people's balladeer. His writing was influenced by communism and, more so, Russian revolution.

Sathe was born in 1920 in Wategaon village in Satara district in south Maharashtra in a Dalit family. His family moved to Mumbai around 1930 and Sathe learned writing and reading only after he came to Mumbai. The family lived in Matunga labour camp and Annabhau went to work every day as a porter and as a helper in the cotton mills of Mumbai.

Annabhau read Marathi translations of works by great Russian authors Lok Maxim Gorky, Tolstoy and Chekhov. He was greatly influenced by their writing.

One of his early ballads is the famous Spanish Povada dedicated to the Spanish civil war of the late 1930s. He formed a troupe of Dalit activists that would perform outside the gates of cotton mills in Mumbai. He soon became a member of the progressive writers association and Indian Peoples' Theatre Association (IPTA)

Sathe’s most famous literary work is the novel Fakira. He wrote more than 30 novels, 10 collections of short stories, plays and 11 ballads . His other famous ballad is Stalingrad cha Povada, dedicated to the Russian fighting spirit during the battle of Stalingrad in the Second World War.

Sathe was a member of the Communist Party of India and he was among the few Indian writers whose works have been translated into Russian. Sathe died in 1969 in Mumbai at the young age of 49. The literary work that he has left behind continues to interest activists and scholars alike.