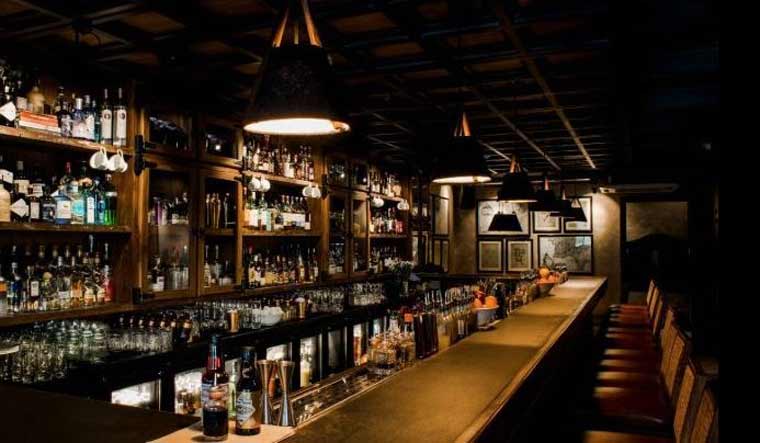 On May 2, a 29-year-old man in South Korea visited several clubs and bars at Itaewon, a popular nightlife district in Seoul. This was after the country slowed the spread of coronavirus to almost zero in April and the government allowed opening of bars, clubs, restaurants and cinemas with proper social distancing in place. On May 6, the man tested positive for the virus, leading to contact tracing of some 7,200 people who had visited drinking dives and nightclubs in the Itaewon area. Now the entertainment district is a virus cluster from where 90 per cent of the 29 new additional cases were reported in the second week of May.

In Honk Kong—which had previously reported its biggest local transmission from an infection cluster in nightclubs—bars reopened around the same time they shut in South Korea this month. Deep discounts on cocktails, happy hour extensions, promotionals like "stay safe, play safe", plexiglass dividers on dining tables, thermal checks, hand sanitizers for customers and COVID-19 blood tests for hundreds of workers—the precautionary measures for a city intrinsically committed to its vibrant night life has kicked in as the global metropolis stutters into normalcy after pro-democracy protests and a pandemic ostensibly under check.

The announcement comes at a time when bars and entertainment industries are silent and suffering, even as countries urge their people to adapt to a transformed daily life when new waves of infection will become inevitable.

"In this grim picture of COVID, the announcement infuses fresh energy not only in Sidecar but its larger fraternity that an Indian bar is nominated in the list. Bartenders and beverage consultants are all happy to know of this. Others would want to up the ante. Sidecar is ranked 40 and next year they would want to up the number," says Tarun Sibal, food consultant with Sidecar.

Many state governments in India have allowed online delivery of alcohol, with Karnataka allowing pubs and bars to sell liquor on a takeaway basis till May 17. As the Centre prepares to exit a nationwide lockdown, Delhi might consider proposals to open bars, restaurants and cinemas on an odd-even model. What could it mean for the few odd bars which might decide to open with skeletal staff and reduced covers?

"A lot of focus is now on how you make establishments COVID-compliant. Then we have to see how customers are behaving. Trust assurance between brands and customers based on safety norms will be top-most priority. As an industry, FSSAI (Food Safety and Standards Authority of India) and National Restaurant Association of India (NRAI) has given guidelines on this front. But new ground rules on sanitization of services, thermal checks, UV disinfection, distance between consumers and their servers will have to be clearly drawn up. Now safety and cleanliness will be more important than the product itself," says Sibal.

Nightclubs, bars and the banqueting business are particularly dependent on large crowds, much more than restaurants. Hence, watering holes will tread cautiously this year. An interesting fallout of this crisis, Sibal personally believes, will  be that of home bars where people will learn how to mix drinks; there might be delivery of non-alcoholic mixers by specialists and DIY cocktail kits. But in cities with an after-work drinking culture, siting back in bars community-style will surely bounce back in good time.