For young Kashmiri artists, art is a reflection of complex idea of 'home'

Their works highlight depth of the issues in the valley 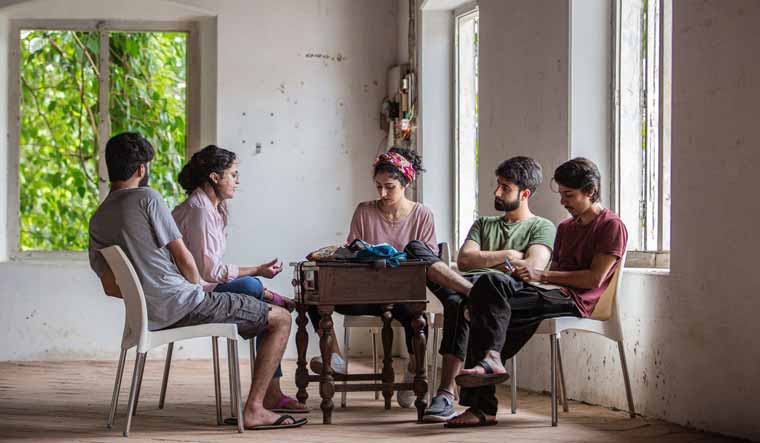 On July 15, at 12:40pm, a Google search with the keyword 'Kashmir' returned more than 15 crore results in 0.87 seconds. The first among them was a report published on the website of a leading English newspaper in India. The headline quoted officials as saying that there was significant drop in stone-pelting in Jammu and Kashmir. The second headline said that a J&K leader's security officer had been shot dead by terrorists.

Also at the top of the listings were the Kashmir news sections by The Guardian and The New York Times. The one result which stood out was a travel guide which played up the “extravagant beauty” of Kashmir which “nature had lavishly endowed”.

These are the two images which come into the minds of most non-Kashmiris when they hear about the valley—beautiful landscapes and constant violence. But, is this a fair representation? At the 2018 Students' Biennale conducted by the Kochi Biennale Foundation (KBF), Anis Wani, a young Kashmiri artist questioned these stereotypes by juxtaposing these images against each other and interspersing them with images of resistance in a five-minute video titled Jannat-e-Benazeer (Matchless Paradise). The 22-year-old Anis was one of 11 students from the Institute of Music and Fine Art, University of Kashmir, selected for the Tata Trusts Students' Biennale National Award, which was announced at the closing ceremony of the Kochi-Muziris Biennale 2018, on March 29, 2019.

Three students were also selected for the Tata Trusts Students' Biennale International Award by the jury comprised of KBF president Bose Krishnamachari, Tata Trusts (head, arts and culture) Deepika Sorabjee and artist-filmmaker K.M. Madhusudhanan. The international award recipients are sent on foreign visits—two are already at the Venice Biennale and the third person is awaiting his visa. The national award winners get the opportunity to hone their craft at a residency programme which would also include studio visits and meetings with artists (KMB 2020 curator Shubigi Rao interacted with the young artists on July 13). Krishnamachari told THE WEEK that the awards were designed so because the kind of experience the students would gain from travel and residencies could not be taught to them in any other way. 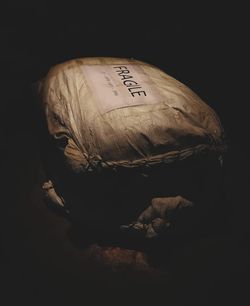 Of the 11 national award winners, the first batch of five started their residency at Pepper House, Fort Kochi, in the beginning of July. When THE WEEK visited the residency, four of them— Anis, Tabeena Wani, 22, and Ahmad Muzamil, 23, all from Srinagar, and Numair Qadri, 22, from Pulwama—were there working. The fifth, Arona Riyaz, 22, from Anantnag, had gone out to get material for her project. Anis did not look well. His eyes were puffy and the skin around them were slightly reddish. He had suffered from an allergic reaction to prawns. Though struggling to keep his eyes open, his words had a gravitas that belied his age. He said that he was continuing his project—Jannat-e-Benazeer—at the residency. “Whenever you talk to a non-Kashmiri, when you say you are from Kashmir, they are like it is a beautiful place,” said Anis. “But, they should know what the ground reality is. The media have this same old story. They just want the news. Like stone-pelting. If some guys are throwing stones at the army, that is news. But the media never ask why they pelt stones at the army. Such kind of debates have not been there in Indian media. They are like, they are terrorists. And that is it.” He added that it does not matter which government is at the Centre—the BJP or the Congress. “It is like they have a consensus when it comes to Kashmir,” said Anis.

Tabeena's untitled project at the Students' Biennale, which used embroidered X-rays, some of it of her own body, questioned the “very absence of home”. For the people of Kashmir, the idea of home is a complex one. And in today's political environment, when the BJP government has said that it wants to revoke Articles 370 and 35A, what do the young artists have to say about the debate surrounding their home. “It does not matter to any body except Kashmiris,” said Tabeena. “No matter how much we try to make you understand, it is impossible for you to understand. The ground reality is different and what is shown to you is different.”

Belonging to a region of that is constantly beaten up by geopoltical uprisings and violence, Tabeena Wani uses embroidery and knitting as a temporary escape from all the confusion and agitation. She describes her living as being 'a tenant of a conflicted vessel' and when protests and curfews restrict her to the confines of her house, her practice is a small way in which she engages her mind and contributes to the resistance. In her work on display at Armaan Building, she has chosen plastic X-rays as her canvas. The embroidered visuals on the human bone portray feelings that dwindle from clarity to uncertainty about the sense of security that a 'home' ought to provide. Tabeena also further communicates her sentiments in the form of poetry. 'and when the lilacs on her pheran are wilted and gone red when they become roses, when the alleys and highways on her face are flooded with salt when they're a deluge of throes, when the womb of jhelum is brimming of pair-less shoes and widow hairs, when the hands reek more of unripe blood than toil, raise the curtains of my oblivion stir up the lucidity, strike down my bruised abode sprinkle the benumbed Dal on my shroud and then douse the embers of my ribs' - @tabeenawani #tatatrusts #fica #fiae #prohelvetia @tata_trusts @fica_india @prohelvetia_newdelhi @shergilsundaramartsfoundation @razafoundation @alkazifoundation @if_india @galleryespace @usconsulatechennai

Those interested to improve their understanding could take a close look at the works of Qadri and Muzamil, shown at the biennale. Qadri sculpted objects used by the state to subdue protests. Pellets feature prominently in the sculptures—titled The Story and Claims—which used bricks and plaster of Paris. Muzamil's work titled Massacres and Home used image, ash and sound. The ashes are of his ancestral house in Kashmir that perished during the Gawkadal Massacre in 1990.

Sorabjee told THE WEEK that the work of the young Kashmiri artists together built a haunting anthology. "The time spent at the residency in Kochi will strengthen their practices," she added. "We hope it helps them emerge on to the contemporary art scene emphatically."

With so much pain and trauma in Kashmir, would it not be better for them if they relocated to some other location. Maybe even Kochi, which is emerging as a haven for upcoming artists thanks to the efforts of the KBF. The memory of home is too strong, all four said. “You cannot just abandon your home,” said Tabeena. “The memories, the trauma, we carry it with us. It is part of who we are.”