'Sharenting': How much is too much?

Are you guilty of oversharing images of your kids on social media? 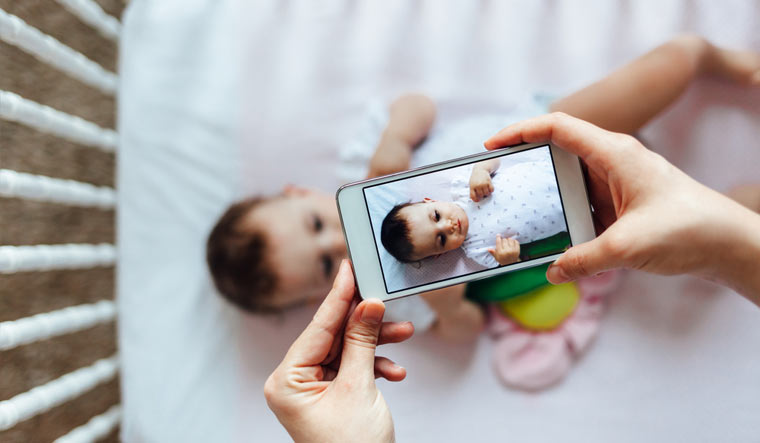 Recently, I happened to get a 'follow' request on Instagram from a nine-month-old baby! Where exactly do we draw the line in this age of 'sharenting'? Despite being the mother of a one-year-old, I am tired of the numerous baby pictures, however cute they were, being posted online by friends and family. It gets even more tiring when friends and family members relentlessly ask me: “But where are your baby's pictures?”

According to a recent report published in Forbes, on an average, by the most conservative estimates, a parent posts approximately 1,300 images of their child by the time the kid turns 13. What does this really mean? Are parents the biggest violators of a child's privacy? According to a 2012 US study, more than 90 per cent of two-year-olds already had an online presence. What prompts people to post images of their kids online? “People live their lives through social media and share the smallest to the biggest moments of their lives across various platforms. For parents specifically, the biggest moments of life are with a child—seeing the child grow, learn skills, and reach their own pinnacles of success,” says Kamna Chhibber, Clinical Psychologist, Fortis Healthcare, Gurgaon. “This then becomes an aspect of their lives that they like to live with others they consider their friends/acquaintances and also have people look at the lives they are leading and perhaps also get recognition for it.” She adds that, “it is very hard to describe how this can impact future relationships with a child.”

To share or not to share differs from parent to parent. With social media sites offering various tools to protect ones privacy, it may not be that big a deal after all. But of course, long-term well-being of the child needs to be taken into consideration, too. According to a report from the United Kingdom, by 2030, 'sharenting' will be pave way for two-thirds of identity fraud. Finding sensitive data about a child will not be all that difficult with time. A geotagged picture could give a scammer all the information they need about your child and your family.

“Posting pictures of children online is 100 per cent for the social benefit of parents; it does not take into account children's welfare at all. I do not think parents are doing this to be harmful or anything, they just want to share pictures of something that makes them happy. I mean who doesn't? I share pictures of my cat, you share pictures of your baby. But the difference is that my cat will never need to navigate an adult world in which massive private corporations have a huge amount of personal data on him,” says Richa Kaul Padte, author of Cyber Sexy, a book on digital sexual expression. “There is so much about the corporate control of technology we do not yet understand, but I do think that as a general rule it is a bad idea to place our children's futures in the hands of private companies.”

Hapreeth Suri, the mom behind the Instagram account momwearsprada, says, “My son is okay with being clicked and me posting about him. When we ask him, what he wants to do when he grows up, he says 'YouTuber' and so, he wants to be seen. My daughter, on the other hand, does not like to be clicked and I do not post any of her pictures any more. So, I do post images of my kids, but I am also sensitive of what they think.” The Delhi-based mom influencer who has more than 33,000 followers, has even had her pictures taken and shared on Bollywood photographer Viral Bhayani's Instagram feed!

We miss you Daddy!!! So what if you couldn't come along we have your fragrance with us!!! . Gifted a box of personalized grooming kit of different face and body washes from @bombayshavingcompany to our dear superhero! #alwaystheretocare #FathersDay #fathersdaygifts #fatherdaygiftidea #whererugoinzz

But, do children really understand how the internet works unless we explain it to them? There are quite a few pre-teens who have their own Facebook accounts. But how much do they really know about what happens to the pictures they post of themselves from birthday parties or school events? While that is a topic for another day, parents do not tend to be all that cautious while posting images of their children. The line between sharing and oversharing often gets blurred and these images later could end up embarrassing the child.

“It is important to understand that involvement in social media at a young age would only indicate towards increased involvement later on— an aspect that parents of school-going children tend to be especially unhappy about as these can act as distractions from academics, social relationships, chores at home and regular play. As a parent, it is important to make a conscious choice knowing the long-term effects and repercussions that can follow and also understanding that the child may grow up much sooner than her or his age,” says Chhibber.

Saru Mukherjee Sharma, another mom influencer whose Instagram handle diapers_and_lipsticks has 49,000 followers, says, “Parents can always take precautions before posting images online. For example, avoid tagging school names and locations. For now, my baby enjoys being photographed. But if and when he says he is not okay with it, I will stop.”

Around 5 years ago, when we started planning for the baby, we didn't think it was going to be so hard to achieve. After 1 year of 'if it happens, fine' phase, we started to become impatient and decided to get the tests done. . . I was so heart broken and everything started to get all blurry when I heard the phrase "you'll never conceive naturally" And then guess what.. I DID conceive naturally that too few months later this statement. We know most doctors have become extremely greedy and have made it a proper business and infertility is next big business given the lifestyle and stress we have these days. . . The reason I'm sharing this story today, just the other day one of my friends called me up for the same and had questions related to conception and I remembered the horrible time and how the doctor was ripping us blind. Most couples I meet have trouble conceiving naturally these days and need help, blame it on the lifestyle. I know exactly how it feels, when you see the negatives on the stick every time. I'm not an expert but I can talk from my experience and knowledge based on what I've read. I'll share my story and some tips and will share it in 3 parts, hoping it might be helpful for someone. But before that, let's do a survey kind of thing right here, how many of you are struggling to conceive, or had troubles and needed medical help for the same? And how many of you were told you have PCOD? . . #infertility #motherhood #indianmomblogger #momsofindia #DiapersandLipsticks

According to a survey by C.S. Mott Children's Hospital in Michigan in the US, 84 per cent mothers 'sharent' more and they do it in order to feel less lonely in their journey as a parent. While on one hand, we have parents wishing their toddlers a happy birthday on social media, there are parents on the other hand who refrain from posting anything about their kids at all.

One such parent is Sandhya Keelery who says, “From the time we found out I was pregnant, my husband and I decided not to post pictures of our baby online. For two reasons—one because it is his (our son's) decision to make. And secondly, the uncertainties that come with the internet.”

She adds: “Social media has changed so much already, and there's just no way to know how it will develop or manifest, and it is just better to be safe than to be sorry. I shudder to think of a scenario where my personal pictures were available to my parents' friends and all kinds of extended family without my permission, when they only know me via the internet (if I don't have them in my day-to-day life). This escalated when a family-friend randomly posted a picture on her Facebook of our dog that we didn't even share with her directly. It was scary to think how pictures of our baby would be circulated like that.”

Does she discuss this with her friends? “Sometimes, it is not something they have ever thought about, which is then a good starting point. But as a rule of thumb, anything related to parenting is very personal and sensitive. In most cases, it is a grey area, there is no black or white. We discuss, we don't advise. But the important thing for us is that they understand where we stand and when we take pictures together, they always ask before sharing them online. That is something we appreciate and are grateful for,” Sandhya says. She also adds that her one and half-year-old son does not have any screen time.

Cyber bullying, online stalking and invasion of privacy are all real and parents or not, we all need to deal with it. The question I suppose, is what and how often to share and what precautions need to be taken.