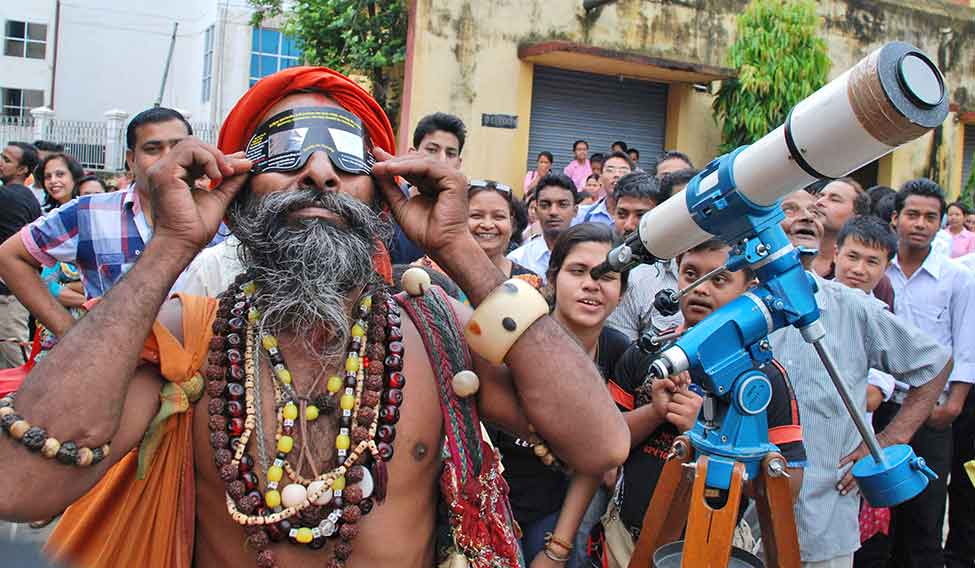 It is a significant acknowledgement of the brilliance of Albert Einstein that scientists have now recorded what they refer to as gravitational waves on the fabric of space-time. This discovery is a confirmation that our experience of the physical world is relative. This is like a scientific complement to what has been known in yogic culture for ages.

In yogic perception, time is the basic aspect of creation. It is because of time that there is gravity and because of gravity, everything else. Gravity is a consequence of time. It is not the other way round. The physical exists only because time—which is nothingness—takes a curve.

The word time itself may not conjure that image in most people’s minds. From atomic to cosmic, all that is physical is cyclical in nature, and hence, the experience of time as we know it, as the spin of the planet or its revolution around the sun. But kala, the Sanskrit word, is more appropriate. Kala means two things, time and emptiness or darkness. You have heard of kali, not the goddess. Kali means empty. Kala means darkness. We are talking about time and space as one thing because if there was no distance, there is no time.

In this culture, we realised that when we speak of a dimension not in our logical perception, it is best to speak dialectically. So, we personify and call it Shiva. Today, the world is divided in terms of which religion you belong to, so if you utter something, it looks like you belong to some party. But this is not religion, this is science. Shiva literally means that which is not. That which is, is physicality. That which is not, is Shiva. It is in the lap of this vast emptiness that all creation happened. If you go out in the night and look at the sky, the stars are only a smattering. It is the vast nothingness that predominates. To maintain the integrity of a little bit of physicality in this vast kala, you need some force to hold it together, that’s gravity. What we refer to as gravitation is just one expression of a dimension that transcends all physical nature, or that which is not.

India is a land where we explored various technologies to access the source of creation. Powerfully consecrated spaces were created where the physical becomes less manifest, and if you are willing, that dimension beyond the physical becomes apparent or visible to you. At one time, it was made to look as if science and mysticism were parallel lines, which would never meet. But with the recording of these waves, no one can deny that they are converging lines. It is a tremendous step for humanity that science and mysticism are coming very close.