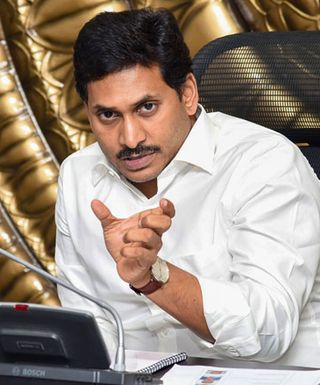 The city of Vijayawada has been experiencing heavy rains since October 12, which has thrown normal life out of gear. The Krishna is in spate, inundating highways and agricultural land. The city, meanwhile, is witnessing a political storm, too. On October 10, Chief Minister Y.S Jagan Mohan Reddy’s principal adviser Ajeya Kallam distributed copies of the CM’s controversial letter to Chief Justice of India Justice S.A. Bobde. In his letter, Jagan accused Justice N.V. Ramana, the second senior-most judge of the Supreme Court, and a few judges of the Andhra Pradesh High Court of abetting corruption and hindering administration. Two days later, the High Court directed the Central Bureau of Investigation to probe defamatory posts against judges and judiciary on social media put up by members of the ruling YSR Congress.

“Since the month of April 2020, this court has noticed that a new trend has developed to abuse the High Court and its judges on different sites of social media and even in the interviews given to electronic media,”read the order. A day later, the Supreme Court Advocates-On-Record Association issued a statement condemning Jagan’s letter and its public release, observing that it vandalised and breached the independence of the judiciary.

A fight has been brewing between the judiciary and Jagan’s government for quite some time. The government has been unhappy about the large number of public interest litigations finding their way into the High Court. In the past 18 months, the court accepted around 300 PILs regarding various decisions of the government, according to the ruling party.

Sriram Subramaniam, the advocate general of Andhra Pradesh, said—in response to PILs on the alleged diversion of temple funds and on government advertisements—that every street conversation was being converted into a PIL. “Benamis and phantoms of political parties are using the High Court to further their political games. The court cannot be permitted to be used as a platform,”he said.

After a spate of judicial reviews, oral observations and a recent gag order against the media, the state government and a section of legal experts said Justice Ramana was “interfering in the matters of the High Court and influencing it”. Former advocate general of Andhra Pradesh C.V. Mohan Reddy said Justice Ramana’s interference was the foundation of the present crisis. “He has a vice-like grip on the AP High Court and is controlling it. It has become suffocating for the political executive,”said Mohan Reddy. “In the past one year, any action by the government—from the construction of a guest house in Visakhapatnam or even the shifting of an office—has become a subject matter of PIL. The nexus between Justice Ramana and [former chief minister and Telugu Desam Party president] N. Chandrababu Naidu is well known, at least in the legal profession. In 2005, retired judge B.S.A. Swamy wrote a full page in his book, A Caste Captures the AP Judiciary, about Ramana becoming a judge. In 2017, Justice Jasti Chelameswar also mentioned it in his letter.”

There have been instances in the past when senior elected representatives filed complaints against judges. In 1961, Andhra Pradesh chief minister D. Sanjivayya wrote to Union home minister Lal Bahadur Shastri against chief justice Chandra Reddy of the Andhra Pradesh High Court for acting with bias regarding certain appointments. The chief justice was later transferred to the Madras High Court. Six years later, prime minister Indira Gandhi wrote to chief justice of India Koka Subba Rao after the apex court delivered a verdict against her in the Golaknath case. 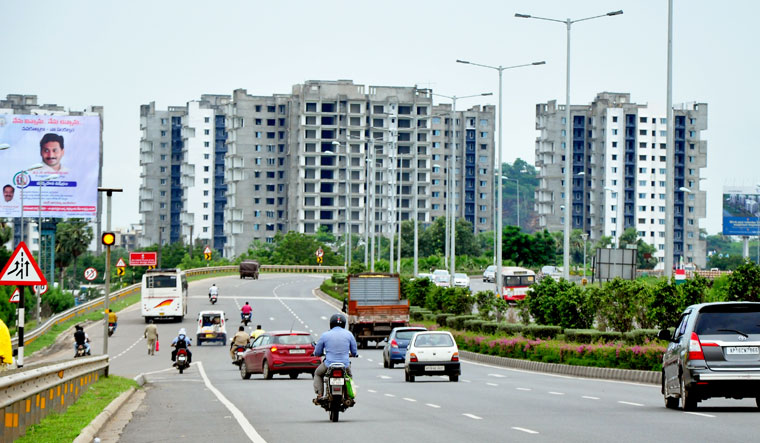 What pushed Jagan to take the extreme step of approaching the chief justice was clearly the Amaravati land scam. One of the most important promises of the YSR Congress in the 2019 assembly elections was an investigation into allegations of massive amassment of wealth and land by TDP members. The new government set up a cabinet sub-committee to examine the issue, which found illegal transactions involving 4,000 acres of the Amaravati capital project. The state anti-corruption bureau registered an FIR naming former advocate general of Andhra Pradesh Dammalapati Srinivas and a few others in the case. The High Court, however, stayed the investigation and also issued an injunction against any reporting by the media on the contents of the FIR. The court observed that elected governments did not have the power to administratively review the decisions of past governments.

On October 6, Jagan met Prime Minister Narendra Modi in Delhi for consultations. He submitted the letter against Justice Ramana the same day. Along with the letter, Jagan also submitted “material”which could prove Justice Ramana’s “interference”in the functioning of the Andhra Pradesh High Court and also his links with Naidu and Srinivas. “It is a notorious fact that Mr Srinivas is too closely associated with Sri Justice N.V. Ramana and Mr N. Chandrababu Naidu,”said the eight-page letter. It said Justice Ramana had been influencing the sittings of the High Court including the roster of a few judges and alleged that matters crucial to the TDP were allocated to a few judges. Jagan, who named four judges in his letter, also gave details of their orders on recent PILs.

TDP leaders refuted the charges and said Jagan’s actions had set a bad precedent. “This is not between Andhra Pradesh and the judiciary. This will have larger implications for democracy,”said TDP leader C. Kutumba Rao, who was vice chairman of the state planning board. He said Jagan violated the Official Secrets Act by revealing confidential government documents. “Forget about what happened in the last 16 months, from here on, the chief minister will be judged by this incident,”he said.