More skirmishes can be expected on the India-China border 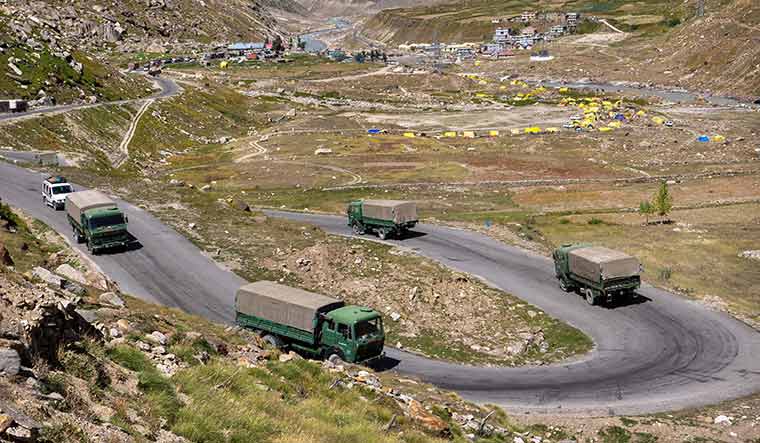 Steady build-up: An army convoy on its way to ladakh on september 20 | PTI

PRIME MINISTER Narendra Modi and President Xi Jinping are likely to come face to face soon at the BRICS summit in Russia. The summit, which has been delayed because of the Covid-19 pandemic, is now expected to take place by the end of October. Modi and Xi have met 18 times since 2014. The 19th meeting is going to be a tough one, given the tense border standoff between India and China.

Military commanders from both countries have been holding marathon deliberations, but they have not yet produced any tangible results. The sixth such meeting held on September 21 was also attended by Navin Srivastava, joint secretary in charge of east Asia at the ministry of external affairs. The MEA sent its representative to ensure that the Army and the political leadership were on the same page on the issue. Srivastava, who has been holding border talks with Chinese diplomats, had accompanied External Affairs Minister S. Jaishankar during his recent meeting in Moscow with Chinese Foreign Minister Wang Yi.

India went with a bigger delegation for the sixth round of talks, which was the first one after the Jaishankar-Wang meeting. The team led by Lieutenant General Harinder Singh of the Leh-based 14 Corps consisted of commanders of the two divisions responsible for Ladakh, Major General Abhijit Bapat and Major General Padam Shekhawat. Lieutenant General P.G.K. Menon, who is expected to take over the command of the 14 Corps, was also present. The Indian side said the People’s Liberation Army (PLA) was the aggressor and should withdraw first following the principle of ‘first in, first out’. At the end of the 14-hour-long meeting, the two sides agreed to “stop sending more troops to the frontline” and “refrain from unilaterally changing the situation on ground”.

Lieutenant General Harinder Singh and Major General Liu Lin of the South Xinjiang military district have now spent nearly 75 hours trying to negotiate a way out of the current impasse. “Such long hours indicate that there are too many differences between the two sides. The Indian side needs to change its approach while negotiating with the Chinese military,” said former northern army commander Lieutenant General (retd) D.S. Hooda.

Military planners do not foresee any major breakthrough in the coming days. They are, in fact, apprehensive of further violent skirmishes before winter sets in. General (retd) V.P. Malik, who led the Indian Army during the 1999 Kargil operation, said eyeball-to-eyeball situations can escalate quickly. He mentioned the Nathula crisis of 1967 when an accidental firing by a Chinese soldier while setting up a fence escalated into heavy artillery exchange which lasted for four days. “We need to be on our highest level of alertness and should be prepared for winter,” said Malik. Citing the example of the Indian victory in Kargil, he said a robust defence was needed for diplomacy to succeed.

Military strategists believe that India’s recent tactical gains have made China jittery. Operation Snow Leopard launched on August 29 has given the Indian Army control over the dominating heights in the Chushul region, bringing China’s Moldo garrison under its range of fire. 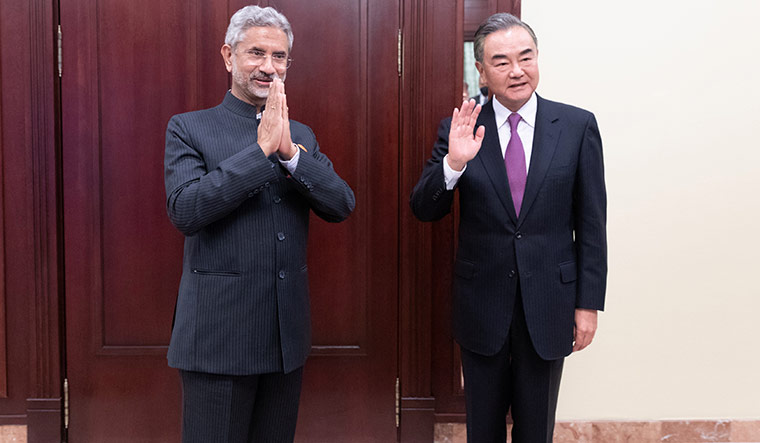 Major General (retd) S.B. Asthana, an infantry leader with over 40 years of experience, said the PLA’s operational aim was to maximise its territorial gains on the Line of Actual Control (LAC) and gain some tactically significant features crucial to India before the onset of winter. “It will exploit the remaining 30 to 45 days before heavy snowfall for the purpose, and will try not to give away any more critical heights,” he said. “We should raise the cost for the PLA for its gross violation of the LAC, even if it requires a long haul on the border and a few more military options.”

He said the five-point agreement between Jaishankar and Wang in Moscow was nothing more than a diplomatic nicety, and was difficult to implement on ground. “We have had 22 rounds of diplomatic talks on border management, but failed to reach any consensus,” said Asthana. As the LAC is not clearly demarcated, there will be incidents of jostling. “Jostling is not a strategic, tactical or operational action. Talks have very little meaning without proper demarcation, but it requires political will on both sides.”

Malik said there was a complete breakdown of trust between the Indian Army and the PLA. “On the ground, they do the exact opposite of what they discuss during talks, like what happened in Galwan. Armies always hit their adversaries at their weak spots. For proactive defence, we need to look for soft spots on the other side. You cannot guard each and every inch of a high altitude mountainous border,” he said. He also warned about areas where India lacked adequate infrastructure and about posts which were thinly guarded.

Indian military planners think that a pullback from the border will be politically costly for Xi. The PLA, therefore, is unlikely to withdraw and may use the time for negotiation to bolster its logistics and beef up infrastructure support for its forward troops.

While India insists on unhindered access to the 15 Patrolling Points in eastern Ladakh currently blocked by China, the PLA wants India to vacate the strategic heights along the south bank of Pangong Tso. But giving up the newly occupied heights will be a strategic disaster for India. “If China does not agree to disengagement, then we should ask the PLA to thin down its troops close to the border. We need to rethink our negotiating position to break the logjam,” said Hooda. Many military strategists are, however, sceptical about the ongoing negotiations. “We should not go for a quick fix solution,” said Asthana. “It will turn into a major handicap in the future.”