Cyber war is an option 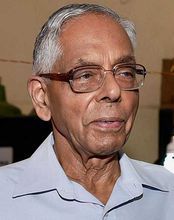 The Uri attack is not of the same scale as the 26/11 attacks in Mumbai, and it would, therefore, be useful to draw appropriate lessons from India’s response in 2008 to the Mumbai terror attacks.

There is a lot of talk today of carrying out covert strikes. To begin with, so much public talk of covert strikes can be self-defeating. Covert strikes like that of Entebbe, Mogadishu and Abbottabad were successful because of the absence of publicity. A covert strike is not a zero-sum game. It has to be 100 per cent successful; otherwise, it is a failure.

India has only limited capabilities in this respect. India’s special forces—both civil and military—do not have all the capabilities, or the equipment, possessed by the Special Air Service and Special Boat Service in the UK, the Seals in the US, the GSG 9 of Germany or the Spetsnaz of Russia. Israel’s Mossad has a different philosophy, though it is equally capable. Hence, all loose talk of covert or surgical strikes can prove to be counterproductive.

A responsible nation has limited options. It is also a function of how powerful the country is perceived internationally. The US and Russia have launched drone strikes against suspected terrorist targets leading to large-scale collateral damage. This has met with some degree of international opprobrium, but these nations have managed to avoid censure by the United Nations Security Council. This is largely on account of the fact that they are members of the P5 in the UN Security Council.

We have far fewer options. The diplomatic offensive is clearly one, and it is meeting with a great deal of success at present as was the case after 26/11. We could possibly do more in this direction.

One option that needs to be explored is embarking on all out cyber warfare against Pakistan. Employing cyber techniques to debilitate Pakistan’s critical infrastructure, and bring Pakistan to its knees, is a viable option. Way back Estonia, and more recently Ukraine, have been victims of this kind of cyber warfare.

Your form could not be submitted.
This browser settings will not support to add bookmarks programmatically. Please press Ctrl+D or change settings to bookmark this page.
Topics : #Covert strike | #Uri terror attack