‘Pather Panchali’ was 1st genuine cinema to come out of India: Adoor Gopalakrishnan 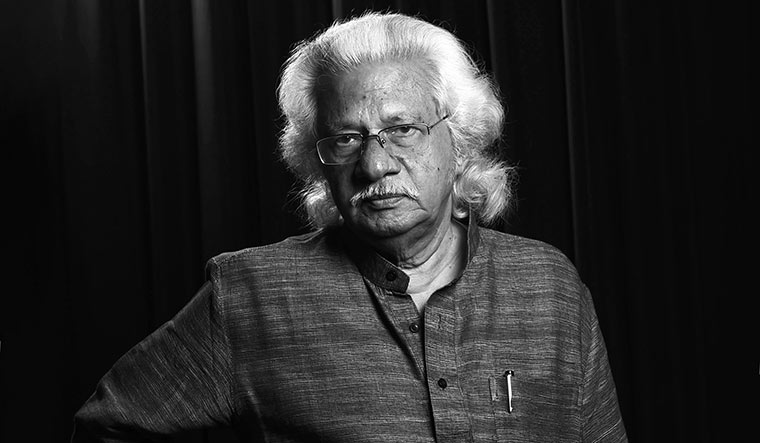 Adoor Gopalakrishnan, one of India’s greatest filmmakers, has been among the stalwarts of the country’s new wave cinema, pioneered by Mrinal Sen. In an exclusive interview with THE WEEK, he speaks about his friendship with Satyajit Ray, his admiration for the maestro’s craft and the declining standards of Bengali cinema.

A/ Influence is a wrong word to use. Like many other filmmakers of my generation, I was enthused and emboldened to make a film like Swayamvaram, but it had no direct link to Pather Panchali or any other Indian or foreign film. The word influence means copying. I have never copied someone else’s work. That is the most unethical and pathetic thing to do. Ray is very important in Indian cinema because for the first time a great artist looked at Indian reality very closely and came out with a real masterpiece. Cinema was his passion. He was not repairing or reforming old cinema. He created new cinema. Pather Panchali was the first genuine cinema to come out of this country.

A/ No. He did not. He saw all my films, starting with Kodiyettam, except the one I made first. In January 1990, two years before his death, my film, Mathilukal, was being screened at Gorky Sadan, Kolkata, as part of the International Film Festival of India.

I called him up and invited him to the screening. He said his doctor had asked him not to climb stairs and pointed out that Gorky Sadan did not have a lift. But I was hopeful that he would come, and so I waited outside till the last minute. Then a car pulled up and Manik da (Ray was called Manik da by those close to him), stepped out. I rushed down the stairs to receive him and said apologetically, “Manik da, sorry to have troubled you.” He replied, “No, Adoor, I had to come.” After the screening, he came out and said, “Marvellous, Adoor, marvellous.”

Q/ When did you first see Pather Panchali?

A/ I think it was in 1958. I was then a student at the Gandhigram Rural Institute [in Tamil Nadu]. One day, one of my professors, G. Sankara Pillai, told me about the screening of a Bengali film. He said it was made by an artist from Santiniketan and that it had won some foreign award. I saw the film without subtitles as the technology was not available at the time.

Q/ What was your initial reaction to the film?

A/ I remember a 16mm print being screened on a white wall using a portable projector. I could barely follow what the characters were talking about. But the striking part was that no one was wearing makeup and the location looked like a coastal village in Kerala. I was impressed by the real people shown in the movie, particularly the character of Indir Thakrun, the old woman with deep wrinkles on her face. It was a real Indian film, which was very close to nature as well.

Q/ And when you saw the film with subtitles?

A/ Subtitles came much later, in the 1970s. I saw the film several times when I became a student of cinema at the Film Institute in Pune. Theatre was my real passion, and I always wanted to be a theatre person. After completing my course at Gandhigram, I went to Thiruvananthapuram as it would offer me the opportunity to produce my plays. Around that time, I got a job at the National Sample Survey of India. It was a well-paying job and my work was to collect statistical data. I was not even 20 at that time. My elder brother, a college lecturer, was earning less than me. Those days, a Central government job was quite coveted as the pay was really good.

But after a year or so, I had had enough of it and wanted to quit. I wanted to go for higher studies. At first I thought of joining the National School of Drama. But their medium of instruction was Hindi, and so I gave up that idea. I chanced upon an advertisement in the Malayala Manorama newspaper, calling for applications for admission to various courses in filmmaking at the newly started Film Institute under the ministry of information and broadcasting. What attracted me was the course on screenplay writing and direction. I thought naively that screenplay writing would not be very different from playwriting. I did not think about direction as I just wanted to be a better writer. As an avid student of literature, I did not find the exam tough.

At the institute, I got to watch Pather Panchali without subtitles, but with full knowledge about the dialogue and context. My perception about the film changed. Our professor of film appreciation was Satish Bahadur, who made Pather Panchali the basic text for his course. I saw the film with sound and without sound and in sequences several times, analysing it threadbare.

Q/ Would the film have had the same impact had it not won the Cannes special award?

A/ The film received only a certificate of merit at Cannes, but it was already a big hit in Calcutta. It was a pathbreaking film for India. Before that, V. Santaram was considered the most important filmmaker of India. But Ray’s entry changed the entire atmosphere.

Q/ It was the first film in India to earn 010 crore. And the Union government’s decision to send the film to Cannes was interesting as well.

A/ You are right. [West Bengal chief minister] Dr B.C. Roy showed the film to Jawaharlal Nehru. It was Nehru who took the initiative to send the film to Cannes. Nehru was a person of high intellectual calibre. He told Parliament that although India produced many films, they were nowhere near world standards. He set up a film enquiry committee under the chairmanship of S.K. Patil, MP. The committee came out with a series of recommendations including the creation of the Film Finance Corporation which later became the National Film Development Corporation, the setting up of a National Film Institute and the National Film Archive and organising the national film awards and international film festivals.

Q/ Ray, however, dealt only with subjects from classical literature. He never took up issues like partition, land movement or Naxalism.

A/ Yes, there was criticism that he was not taking up burning issues. But then he made films like Mahanagar, Pratidwandi and Seemabaddha. Look at the level of those cinemas.... While Ritwik Ghatak made you cry, Ray made you think.

Q/ Which Ray film in your view made us think objectively?

A/ Aparajito, for instance, which is part of the Apu trilogy. I once asked Manik da which one of his films he considered to be his best. He said Charulata. I told him that I felt Aparajito was the best. He smiled and said that he wanted to edit that film some more. So I told him, “Please let Aparajito be what it is. Kindly don’t touch it.”

Q/ What is your take on Bengali commercial cinema?

A/ I have seen a few Bengali commercial films that did wonderfully well. For instance, I liked Saat Paake Bandha. But the problem with commercial cinema is that everything is standardised and what we see and enjoy is at a very superficial level. They do not give an impact beyond that. But meaningful films would be deftly layered so that the audience can go beyond what they see and each viewer can carry his own experience with him. The Ray-Sen–Ghatak trio simply did that. But the present situation is quite unfortunate. When I hear that today’s popular Bengali movies are inspired by Telugu and Tamil films, I feel shocked. How Bengali films could stoop to such lows is beyond my comprehension. We need a close look at what is happening in Bengal, culturally.