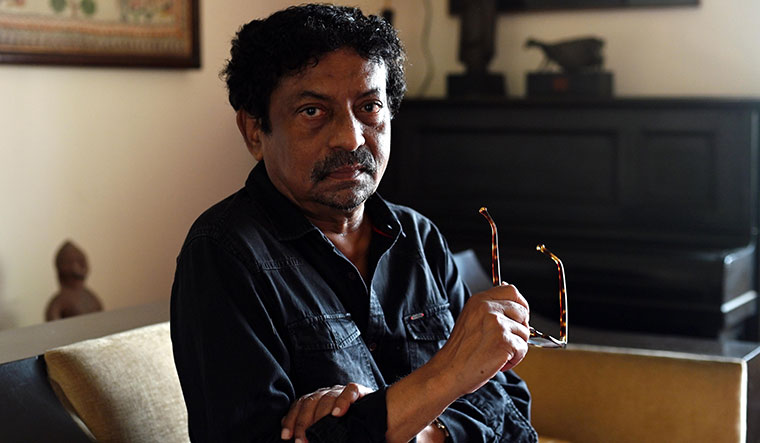 Goutam Ghose is one of the last remaining stalwarts of the Bengali parallel
movie movement, along with Sandip Ray. Although he is a product of the new wave cinema, his style is quite different from that of doyens of the industry like Satyajit Ray, Mrinal Sen and Ritwik Ghatak. In an exclusive interview with THE WEEK, Ghose talks about the masters of the new wave movement and the dramatic decline of Bengali cinema.

Q/ Why is Pather Panchali considered to be the first modern Indian film?

A/ Before Pather Panchali, the Kolkata audience had never seen an Indian village in cinema. The movie had such a detailed structure and it was such a perfect art form. The social circle reviews and intellectual discussions in Kolkata, which were strong back then unlike today, gave the film a new life. It was a new cinematic experience, which ultimately became timeless.

Q/ Was Satyajit Ray the first Indian director whose works were shown abroad?

A/ No. Debaki Bose was the first director whose film was shown in Venice. Ray, however, took cinema to an international level in a different way as a classical art form. Bose was a cameraman before turning director. Another cameraman who became director was Nitin Bose. Then came Pramathesh Barua. They were ignored because of Pather Panchali.

A/ Ray was a class act. He followed the advice of [French director] Jean Renoir and got influenced by [Italian director Vittorio] De Sica’s Bicycle Thieves. His research on European and Hollywood films took his first film to a new level.

Q/ How was the interaction between Ray and Renoir?

A/ Ray’s passion for work and his education were completely different. He became close to Renoir when he visited Kolkata. Ray told me that Renoir asked him to have a look at his own country. Renoir’s chief assistant was Harisadhan Dasgupta. Hari da told me that Renoir was amazed about Bengal’s beauty while travelling through the state. Ray told me that Renoir asked him not to bring in too many elements in his films. He wanted Ray to bring in small elements, but in detail. Renoir used to shoot at the Barrackpore studio back in 1949. He used to go out and see trains crammed with refugees from east Bengal. It shattered Renoir. He used to say that if he were born in India, he would have given his entire life for that issue and would have made a series of films.

Q/ Ritwik Ghatak did that.

A/ Riwtik da created an emotional issue out of it in the true sense. But, even then, the stories of terrible arson, loot and rape were never really expressed in Bengali cinema, which, by then, had moved to romantic films. Filmmakers tried to make the middle-class happy with romanticism. All important issues like the division of Bengal and the human crisis were completely missing.

Q/ Do you think the industry treated Ghatak well?

A/ I doubt it. Ajantrik was one of Ritwik da’s best movies. I failed to understand why it was not promoted in the best possible way by the industry. Perhaps the industry was tilted towards Ray and others. It was evident from the fact that the Film Society movement showed less interest in Ritwik da’s films.

Q/ Have you ever asked Ray about not making films on partition?

A/ Yes. He told me that Ritwik da did better than him.

Q/ Did people like Ray and Mrinal Sen refuse to touch the subject because many filmmakers of that time were victims of partition?

I think that is a right observation. They saw it as a fight between Muslim Bengalis and Hindu Bengalis. That may be the reason why geniuses like Ray and Sen did not touch the subject. It was a very sensitive issue. But, at the same time, we forgot that East Pakistan was a nation which was created for Bengalis. After the Bangladesh war, except Ritwik da, who made Titash Ekti Nadir Nam (A River Called Titash), no film on the war was ever made. Many were afraid because the Muslim League was formed in Dhaka and the Hindu Mahasabha was formed in Kolkata.

Q/ Coming to the present situation, how do you explain the crisis facing Bengali cinema?

A/ The audience would have to be given a new experience. Remakes, which are rampant in Bengali films today, do not work. If anyone does another Pather Panchali, people will not accept. Our films became mindless adaptations of Tamil and Telugu films, without any creativity. It gave short-term gains, with profits from the rural belt.

Q/ Most cinema halls in rural Bengal have been closed down.

A/ That is because they did not think of the long term. Today the halls are closed and the industry is bankrupt. My international friends from the film fraternity ask me why they are unable to see even a single good Bengali film. It makes me speechless.

Q/ What can be done to revive Bengali cinema?

A/ I fail to understand why our film market is so small, unlike smaller states like Kerala. This is particularly unclear especially when we have a huge market like Bangladesh. Why could we not tap that? While Tamil and Telugu films are doing better worldwide, we cater to a very small and negligible market and that, too, is eaten up by Bollywood flicks. Tamil films are released across the world wherever Tamils live. If West Bengal, Bangladesh and NRI Bengalis are tapped, it would be as big as the European market. Rajinikant films are released in Japan and Malaysia, while Malayalam films are released in Dubai. NRI Bengalis are much more in number, but we remain silent.