Not all of Satyajit Ray's films are equally great, says Girish Kasaravalli

Ray had a political perspective, but he never took sides 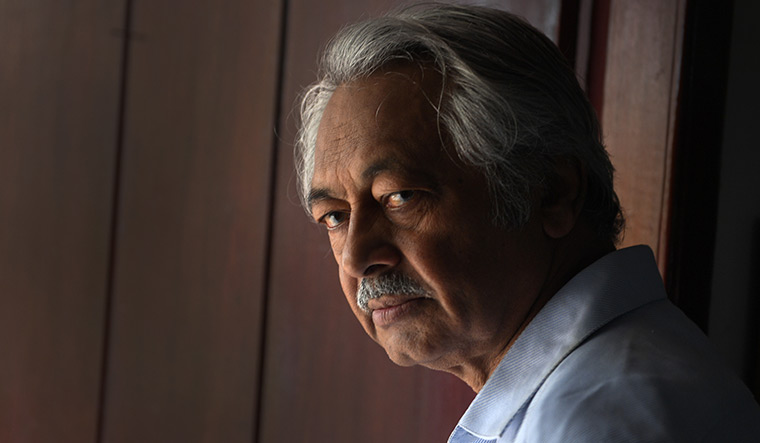 Having a conversation with Girish Kasaravalli at his home in Bengaluru is not easy as his replies often get drowned out in the din of the traffic outside. The globally acclaimed director has a clear opinion about the evolution of Indian cinema and the contributions by eminent directors like Satyajit Ray, Ritwik Ghatak and Mrinal Sen. In an exclusive interview with THE WEEK, Kasaravalli says although Ray’s cinema language was unique, it was missing in his final few films.

Q/ How do you assess Ray’s movies?

A/ Movies like Charulata, Pather Panchali, Mahanagar and Kapurush are masterpieces. Not all of Ray’s films, however, are equally great. He was unique in using the cinema language. It was his brand. But that was missing in his last three or four films which I call chamber films. Those films, like Shakha Prosakha, Ganashatru and Agantuk did not have that touch.

Q/ There is absolute realism in Pather Panchali.

A/ I list Pather Panchali very high not because of realism. Ray’s greatness lies in how he characterises the unbeatable spirit of human nature against all odds. He could capture what was known as the old world, and in that world, Ray was able to touch the hearts of many.

Q/ But what could be the reason for bringing the old world into reality?

A/ He never made films with a certain agenda. In his films, the story is not told, but it unfolds. When the story is told, you know the presence of the narrator. When it unfolds, you do not know the narrator, but only the inner voice. A lot of people tried such a form of presentation after Ray. But what he did was simply the best.

Q/ What is your opinion about the political position he took in the film?

A/ He never took any radical position. He looked at issues from all possible directions, unlike those who had a fixed agenda. The purity of Ray was that he could look from different directions. He got the holistic perspective of the situation.

Q/ He was known as a left liberal.

Q/ Could you please explain?

A/ Take, for instance, Charu in Charulata, Arati in Mahanagar and the landlord Biswambhar in Jalsaghar. He was sympathetic towards Biswambhar. One can say he saw the character of a feudal man in a composed way. But actually he portrayed the fall of the zamindari system. That is the mark of Ray’s political perspective. It is political, but it shows all sides. In Mahanagar, Arati goes to work against the wishes of her family. Ray took a very progressive stand on how Arati defied social order but at the same time her husband tried to put a pallu on her head. That is called perspective and showing different angles.

Q/ The 1960s were marked by the land movement and the 1970s by the Naxal movement. But Ray only dealt with classics and refused to address those burning issues.

A/ What do you have to say about the film Pratidwandi released in 1971? It was all about such issues.

Q/ But it was not a direct reference.

A/ It was not a direct reference, but nevertheless a reference to the turmoil of the 1970s. He was not the kind of person who would absorb politics and take sides through his films. In Pratidwandi, his sympathies lie with Sidhartha (a youth who is unable to get a job because of his Marxist lineage), but at the same time he looked at society at large.

Q/ Ray portrayed women in a positive way, like Sarbojaya in Pather Panchali, Charu in Charulata and Aditi in Nayak.

A/ It is again misreading. Ray has given importance to men as well. Why don’t you see Pather Panchali as Apu’s story?

Q/ Because Apu is somewhere lost between Durga (his sister) and Sarbojaya (his mother).

A/ I don’t think it is the right way of treating the film. Legendary directors tell the story both ways, so that you need to look at it from all angles. Charu, for instance, is the central character in Charulata. But Ray did not take the stand that Bhupati exploited Charu. It was the social structure of that time. Ray saw the social structure unlike many before him and after him.

Q/ Did he avoid physical intimacy in his movies because of heavy censorship?

A/ The physical intimacy we see in Europe never existed in India. A husband and a wife would never have public displays of affection. Ray had, to a great extent, restrict himself from doing that.

Q/ But in the 1980s when he did Ghare-Baire, he showed physical intimacy.

Q/ Don’t you think a little physical intimacy would have lifted Charulata further?

A/ The main reasons are the time and the awareness of the audience. In other parts of the country, the audience was not so powerful as it was in Bengal. Ray and Adoor Gopalakrishnan created an audience. They nurtured a big group of audience in Bengal and Kerala.

Q/ How do you see Bengali films after Ray, Ritwik Ghatak and Mrinal Sen?

A/ There is a big gap and everybody is trying to ignore it. But I will not. Buddhadeb Dasgupta, for me, created some kind of cinematic excellence. Breaking away from tradition is equally important like going conventional. So we need to appreciate the person who breaks away. It may not be perfect, but it is a pointer to things to happen. If one has to go to the conventional part, the expectation will be much higher because people have already walked on that track. But people who go off the track then have the chance and time to grow further.