In Manipur, the oppressed has become the oppressor: Activist Erendro Leichombam 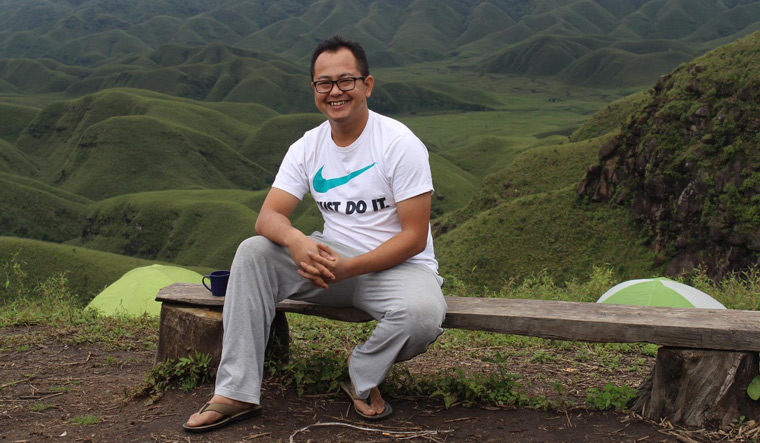 A former associate of activist Irom Sharmila, Erendro Leichombam holds a postgraduate degree in public administration from Harvard University. In 2016, a year before the assembly elections in Manipur, he and Sharmila co-founded the People’s Resurgence and Justice Alliance. The party was crushed in the polls, but Leichombam has continued to fight for social and political causes.

He has been arrested and released several times since 2018, allegedly for his staunch criticism of the BJP-led government in the state. On May 13 this year, he was arrested and charged under the stringent National Security Act after he published a Facebook post criticising BJP leaders for advocating the use of cow dung and urine as cure for Covid-19. On July 19, the Supreme Court ordered his immediate release, saying his prolonged imprisonment would qualify as a breach of Article 21, which guarantees life and liberty.

Q/Why did the government charge you under NSA?

A/ I posted on social media that cow dung and cow urine cannot cure Covid-19.

A/ Within hours, the police came to my house and picked me up. Around the same time, a friend of mine, journalist Kishorechandra Wangkhem, was also picked up.

Q/Was he also charged under the act?

A/ Yes, but initially we were not charged under the act. We received bail from a local court the very next day, on May 14. But soon after our release, we were slapped with NSA. I spent a night in the lock-up; the next day, I was sent to judicial custody and stayed there till I was released on July 19, thanks to the Supreme Court. I was in custody for two months and four days.

A/ Yes, he was. He was once arrested as a journalist charged under the sedition law. So in Manipur, a person who was oppressed once has become the oppressor today.

Q/What must have been the reason behind your arrests?

A/ See, this BJP government does not like criticism. They want to control their image all the time. I always try to counter the chief minister’s narrative. He does not like that.

Q/Why would the government feel threatened by you?

A/ Because this government came to power through money and muscle power. They did not get a mandate on their own. So they suffer from an insecurity complex.

Q/Perhaps that is because insurgency continues to plague Manipur.

A/ Yes, but that does not give them the power to attack common people. There are many people like me who are under detention for no reason. Why should a government that is elected by the people feel so threatened by the people?

Q/You said you were attacked in police custody.

A/ The police wanted the password to unlock my cellphone. I refused to give it, because my phone has personal information—bank details, photos and videos. I told them I would show them things that they wanted in particular. But they wanted to see everything in my phone. When I refused, they assaulted me.

Q/Did you tell the court about this?

A/ Yes, I told the judge of the local court. The judge scolded the policemen. That was it.

Q/You have said that the BJP was trying to radicalise Manipur.

A/ Not really the BJP. I know many BJP leaders who are very good people. It is the chief minister who propagates his radical views.

Q/Was the case against you withdrawn after the Supreme Court order?

A/ The NSA charge has been withdrawn. But the act is so draconian that the state government can again charge me under it.

A/ See, I had my dad to fall back on [in this issue]. He went straight to the Supreme Court and filed a writ petition. What about others? Even Kishorechandra could not be released.

My argument is that getting justice is expensive for Indians. I am grateful to the Supreme Court, but I need to say that not all people can go down that path. It requires a huge amount of money.