Anti-sedition law: Who is responsible for the flaws in our law enforcement system? 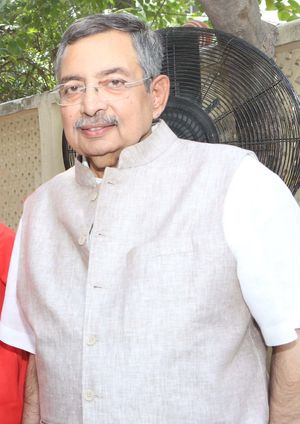 Time and again, the judiciary has played a critical role in the functioning of democracy by setting in motion reforms that are followed up by the executive or even the legislature. The latest Supreme Court judgment in the sedition case against journalist Vinod Dua can be one such opportunity, if used judiciously by other arms of the government, to overhaul the law enforcement system that seems to have made too many mistakes when it comes to the interpretation of Section 124A of the Indian Penal Code that defines sedition.

Dua was worried after sedition and public mischief charges were slapped against him over his YouTube videos. A journalist for many decades who had seen successive governments and critically analysed their policies, he had sleepless nights and court updates to follow. He was reassured by his lawyer Vikas Singh, but the final relief came for him when the apex court heard his case and quashed the FIR.

“If the investigation drags in such cases, it demotivates and stifles the freedom of expression further because the accused is always scared and careful. It actually amounts to suspension of fundamental rights,” said Dua.

The FIR against Dua had been filed in May 2020 based on a complaint—by a BJP leader in Himachal Pradesh—that the senior journalist had made serious allegations against the prime minister. Quashing the FIR, the apex court once again held that, “every journalist will be entitled to protection in terms of Kedar Nath Singh judgment”. This essentially meant that journalists cannot face an FIR for raising concerns or criticising the government unless there is an active call for incitement to violence as laid down in earlier judgments.

The debate over the interpretation of the anti-sedition law has devoured the time of many courts for decades. That's because a local police station or the policeman did not read or understand the Supreme Court judgment in the landmark 1962 Kedar Nath Singh vs State of Bihar case, or the law enforcers were not held accountable after the sedition charges were thrown out by court.

Political pressures aside, the onus still lies on the policeman who registers a first information report before he begins an investigation that leads to the framing of charges against a person accused of a cognisable offence. But the blame cannot be put solely on the policeman. The question here is who is responsible for explaining to the constable or SHO whether an individual can be charged under sedition?

“There should be a circular or clear guidelines issued by the state government or police chiefs to every police station using simple language to educate the local policeman on how the offence of sedition needs to be read [in accordance] with the Kedar Nath Singh judgment of the Supreme Court,” said Singh.

The home ministry's role in issuing advisories to ensure the proper use of the Indian Penal Code and other laws by enforcement agencies is well known. And, at the state level, the police chiefs issue circulars from time to time.

On July 14, the Union home ministry asked states and Union territories to direct police stations not to register cases under the repealed Section 66A of the Information Technology Act, 2000, which criminalised the posting of any “offensive” information online. It also asked states and Union territories to sensitise law enforcement agencies for the compliance of the order issued by the Supreme Court on March 24, 2015, which had struck down the section. “The MHA has also requested that if any case has been booked in states and UTs under Section 66A of the IT Act, 2000, such cases should be immediately withdrawn,” said the MHA advisory. Similar guidelines can be issued by the Centre or states, asking state police units to educate its men on handling cases under the anti-sedition law.