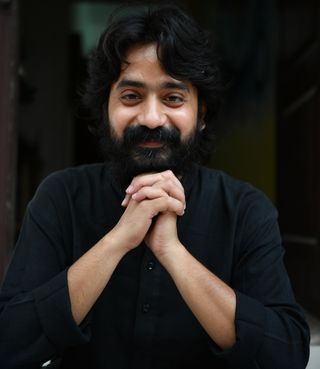 In a nationalist country, being labelled anti-national is more harmful than being tried in court for sedition,” said Aseem Trivedi, award-winning cartoonist who quit the profession after he was arrested by the Mumbai Police in 2012 under the colonial-era Section 124A of the IPC.

Aseem was 24 when he was booked for sedition in November 2011, after seven of his cartoons were displayed at Mumbai’s Bandra-Kurla Complex, where lakhs of people had gathered to support Anna Hazare’s India Against Corruption movement. He had also uploaded cartoons to the website of the ‘Cartoons against Corruption’ campaign, attracting many complaints.

Aseem was charged under several laws, including Section 66A of the Information Technology Act. “My grandfather was a freedom fighter and a respected citizen,” he said. “So it was insulting for my family when I was booked for sedition. People said I was a deshdrohi (seditionist). I cannot wipe off that stigma.”

In 2015, the Bombay High Court ordered that the sedition charge against him be dropped and the Supreme Court struck down Section 66A of the IT Act. But Aseem continues to live with the seditionist label.

Having grown up in Kanpur in Uttar Pradesh, Aseem struggled to convince his parents that he wanted to be an activist-cartoonist. He left Kanpur to work in Hindi dailies, magazines and web portals in Mumbai, Bengaluru and Delhi. In 2012, Aseem won the ‘Courage in Editorial Cartooning Award 2012’ from the US-based Cartoonists Rights Network International. He was supposed to travel to Washington that year to share the award with Syrian cartoonist Ali Ferzat, but they could not make it. Ferzat found it difficult to get out of strife-torn Syria, while Aseem was booked for sedition by the police.

“I had never been to the US. I missed that opportunity and instead travelled to Mumbai to surrender before the police,” said Aseem.

Today, Aseem is a co-petitioner in the plea filed by the Editors Guild of India before the Supreme Court challenging the constitutional validity of Section 124A. His case is considered a fitting example of how sedition charges can hamper the freedom of speech and expression of citizens guaranteed under Article 19(1)(a) of the Constitution.

Atul Kulkarni, chief of the criminal investigation department in Maharashtra, told THE WEEK that the judgment in the Trivedi case prompted the home department to issue guidelines in the form of a circular to all the police personnel explaining the ambit of sedition. The aim: to prevent arbitrary use of the law. “The High Court order sets a precedent for police forces to follow certain guidelines while using the law,” he said.

On January 10, 2012, the Bandra police station had received a letter from one Amit Katarnavare asking the police to register a first information report against Aseem under Section 124A. The complaint was forwarded to the directorate of prosecutions for legal opinion. The assistant director of public prosecution advised invoking Section 124A and provisions of the State Emblem of India (Prohibition of Improper Use) Act, 2005. Aseem was arrested on September 8, 2012, on allegations that his cartoons had not only defamed Parliament, the Constitution and the emblem, but also tried to spread hatred and disrespect against the government.

“The police reached my home in Kanpur with a non-bailable warrant while I was in Delhi,” he said. “They picked up my father and interrogated him at the local police station. The local newspapers reported it in a very negative light. They asked my parents to call me and ask me to surrender.”

Aseem could not go back to Kanpur immediately, so the Mumbai Police asked him to come to Mumbai. “Since I did not have enough money or contacts in Mumbai, I couldn’t hire a lawyer. I chose to approach the police directly and presented myself before the Mumbai Police on September 8. They arrested me the same day and produced me in court the next day, seeking custody for seven days.” Aseem told the metropolitan magistrate that he drew the cartoons; he did not apply for bail.

He was made to share a cell with half a dozen people accused of murder, rape, financial fraud and robbery. He was later sent to Arthur Road Jail on judicial custody for two weeks. Meanwhile, an independent lawyer filed a public interest plea in the Bombay High Court against his arrest; Aseem was soon granted bail.

In 2015, a division bench of chief justice Mohit S. Shah and justice N.M. Jamdar of the High Court said Aseem’s cartoons were full of anger and disgust against corruption, but had no element of wit or sarcasm. Nevertheless, the judges said, “Aseem's freedom of speech and expression under Article 19(1)(a) cannot be encroached upon when there is no allegation of incitement to violence or intention to create public disorder.”

In spite of the relief he got, Aseem continues to struggle. In 2017, the Mumbai Police filed a second charge-sheet under the National Emblem Act. The hearing in the case has begun; he faces three years in jail if proven guilty.

Aseem says his media career as a cartoonist is over. “After 2012, many organisations hesitated to work with me,” he said. “I was once invited to an event as a guest speaker, but they later dropped my name from the list. Sometimes, when I am invited to talk, they do not upload the video [of the speech].”

In 2012, Aseem participated in a TV reality show that led to public protests by a political party. The producers had to take him off the show.

The struggles have cost Aseem his wit and humour. “Till the time draconian laws like Section 124A are there,” he said, “there would be little room for healthy criticism or dissent—either through words, written or spoken, or visual representation.”