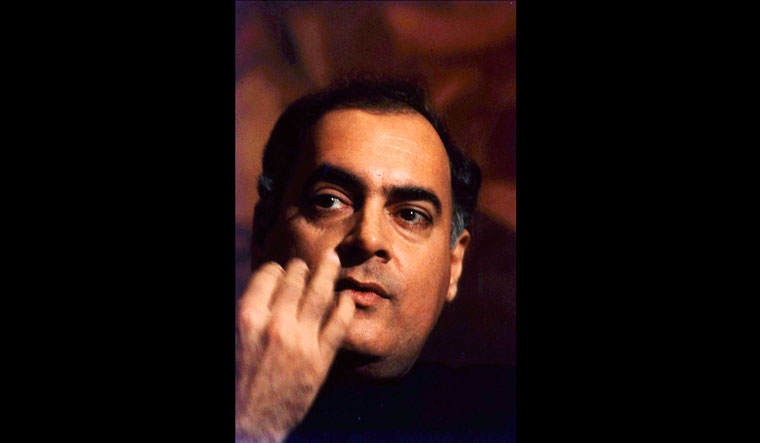 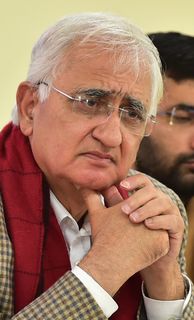 Rajiv Gandhi was everything a modern democracy could strive for, combining a rich legacy with a futuristic promise of a new and vibrant India. India’s Independence and adoption of the Constitution came with the commitment of modernising the nation. Rajiv Gandhi's arrival in politics was a defining moment in that quest. I was fortunate to have known him a little, but had admired him deeply as he breezed into politics and then had the great tragedy of Indira Gandhi's assassination thrust him into the high office of prime minister.

On the eve of his first trip as prime minister to the United States, I wrote a piece in his praise—‘I am young and I, too, have a dream’. We may have changed as a society since then because there is no talk of dreams anymore. Instead, we do hear distressingly about hate, real or manufactured.

Contrast Rajiv’s ardent admirers with the unflinching followers of Prime Minister Narendra Modi, and an interesting picture emerges. A whole generation of young people chose to follow the sartorial elegance of the former premier, including the aviator glasses, voted for him vigorously, though how much of that support was entirely for his persona and how much was due to the lingering shock of his mother’s brutal assassination might never be known. But either because he did not live long enough to stamp his vision on the masses or that the followers failed to plunge deeper beyond the aesthetics of the political picture he presented, the years after his untimely demise saw it naturally fading with time, although the core welfare programmes of the United Progressive Alliance were inspired by that vision.

The social safety net that has been critical for vulnerable citizens during the pandemic is a lasting tribute to Rajiv's politics, and it cannot be dismantled by a myopic government. But the pursuit of the good life beyond mere survival, the quest for a knowledge society and the liberalism it entails has certainly been downgraded if not cynically damaged.

In that context, while looking back to the Bofors era, one can only underscore the lost opportunities and lost time that does not return. Ultimately, nothing came of the wild allegations that destabilised a government of the three-fourth parliamentary majority. But it traumatised the nation, shattered the lives of top politicians and civil servants, distracted the promise of a young prime minister and gave the taste of blood to detractors who made it a habit to paralyse governance in the name of accountability. How does one explain to oneself what caused the deluge of suspicion that swept away the popularity of a charming and idealist prime minister? Was the adversary particularly devious and equipped to undermine us?

There is much to learn from the BJP in the manner in which they have withstood the attacks for their gross mismanagement of the economy with an irrefutable case of crony capitalism and the questions about the Rafale fighter aircraft deal with France. That the top BJP leadership are better trained or indoctrinated to deal with existential political issues as part of their ideological character might have something to do with the difference in their handling and ours. Of course, the right-wing forces had been waiting for a long time to capture power in India and were frustrated by the unhappy and unexpected end to the brief moments of ‘India Shining’.

Unfortunately, we lacked their desperation and might have given them too much space. Certainly, the institutional response of Parliament, the judiciary and the media were nothing like what we see in recent times. The willing suspension of disbelief that confronts all our efforts to impose accountability on the present government is a far cry from the Bofors era. Our soft belly discovered then was attacked repeatedly during the UPA II. While the BJP perfected its techniques that it first used to hurt us in Bofors, we continued to be more than ready to take the hit on the chin for the sake of intellectual honesty and our commitment to democracy. Perhaps, we just became victims of ‘all is fair in love and war’ because we did not turn politics into waging a war.

Even as we learnt our lessons, we were outflanked by a cynical mix of false patriotism and stoked majoritarian aspirations. People seem to have forgotten or were made to forget that the Bofors guns gloriously blasted our path to the Kargil victory against Pakistan under Atal Bihari Vajpayee, even as top uniformed officers of the armed forces make public endorsement of Rafael. The Congress party continues to pay a price for having refused to descend to low levels in politics, both in defence as indeed in the offence. As followers of Mahatma Gandhi, we had little choice despite our adversary having no such reservations. But in the process, we lost a beautiful leader who added class to any stage, domestic or international. Furthermore, in the process, we may have lost the opportunity to lead India to a destiny that now seems unimaginable.

Rajiv sadly did not live long enough to develop a liberal cult for modern India on the foundations of a Nehruvian society. If he was allowed to bring his dreams to fruition, the path India has taken in recent years might have been very different. Perhaps our salvation lies in ensuring that we recreate the magic of that “once and future” revered leader of India with the avowed purpose to fortify the social welfare state, where equity and equal opportunity will be the ultimate tribute to the precious life we failed to preserve and protect.

Rajiv will remain young even as we grow old; his dreams will endure as indeed will the India we inherited and had hoped to see him lead for several decades.

The challenge is how to introduce the dream to a new generation of Indians as they prepare to take the mantle of the country. Is there among us the storyteller who can weave the magic that Rajiv Gandhi meant to my generation?