RSS and BJP had a role in the campaign 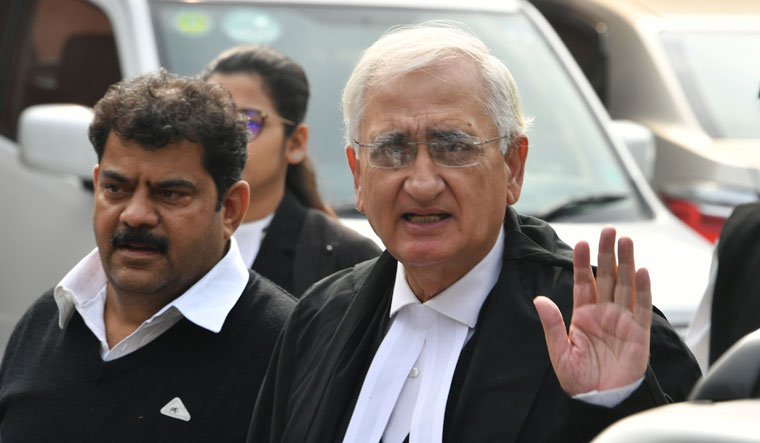 Former Union minister Salman Khurshid dubs the India Against Corruption movement as an exercise in dishonesty driven by political calculations, and claims that the RSS and the BJP were working underground to create a swell against the Congress. He, however, says the decline of the United Progressive Alliance could not be pinned solely on the IAC campaign. Excerpts:

Q\ How do you look back at the India Against Corruption movement?

A\ They made wild allegations against many people in the government. A lot of that had to do with their political calculations. The campaign was vicious, and extremely insensitive and toxic. The aspirations they sold to the people were, of course, very noble. There was a fatigue among people with the manner in which the [UPA] government was running, and a lot of people who watched politics from the outside felt that if they move in, they could make a dramatic change.

But there were some very nefarious things going on as well. The RSS and the BJP were working underground to create a swell against the Congress and to force Congressmen to make mistakes under pressure.

The crucial principle the movement argued for was the Lokpal. After 10 years, there is not even a whisper (about it). They will not even stand up to say, ‘Sorry, we have not done it so far’.

Q\ Did the UPA not set the stage for it because of the many scams?

A\ The so-called big scams, what has happened to them? The projected figure of the scam was lapped up by various institutions, including the investigating agencies and the Supreme Court. Who has been convicted? Who has made a serious effort to prosecute? And look at the price we have paid. Look at the price the economy has paid. Has anyone apologised for it?

Q\ It did lead to the UPA’s downfall.

A\ Only what Arvind Kejriwal did in Delhi could not have made us lose India. We lost because our space was captured by the BJP and regional parties.

Q\ You spoke about the role played by the RSS and the BJP in the campaign.

A\ Of course, they had a role in it. And I still do not understand what is their relationship with Kejriwal. Some say one is the B-team of the other. I am not sure that this is a sensible explanation. Kejriwal is ambiguous about some things, and he succeeds on being ambiguous. He was extremely ambiguous on the Citizenship Amendment Act and Shaheen Bagh, and yet he [received] the votes of the people who were agitating in Shaheen Bagh.

Q\ Allegations were levelled against you, too.

A\ They were puerile allegations. I could have made some very serious allegations against them for what they did in the joint [drafting] committee consultation we had with them. But I did not, because that is not the kind of politics we do.

Q\ What were the discussions like in these meetings?

A\ That committee was an exercise in dishonesty. It was a show in which you said something and did the opposite.

Q\ The government was blamed for the breakdown of the talks.

Q\ Did the UPA mishandle the campaign?

A\ I can hardly say we handled it very successfully. Everyone had combined to undermine us, including Anna Hazare, who made a major contribution to their success and then got dumped. I am sure he does not believe what he did was correct.

A\ Yes, I did. I was lucky. I still have good relations with him, though I have not met him of late. I had a seemingly confidential meeting with him at Pune. As regards follow up of that meeting, unfortunately, it got leaked to Kejriwal and became a big stink. But it was an honest effort between him and me to take things forward to a point which I believe he was genuinely interested in, but the other people were not.

Q\ What did you propose to him?

A\ Nothing. He was just talking about what kind of panchayat administration there should be, what we can do about the Lokpal etc. He shared very sensible grassroot-level ideas and there was no reason why anyone would say no to it. But because the meeting got disclosed as the letter went to the wrong office, everything just imploded and nothing happened.

Q\ Did you ask him to campaign for the Congress?

A\ He said he was willing to campaign for the Congress. Why would I say no? He is a simple, decent, straightforward and kind person. So, the way he had gone to the IAC campaign, he would have come to our campaign. He did not think we were evil. We were projected as evil by the IAC. He said we need to prioritise things that were important to the common man, and he would campaign for us. I was not authorised by anybody to go and talk to him. It was a chance meeting, and I thought if something came out of it, it would be good for the country and the party.

Q\ Did the meeting lead to the IAC movement falling apart?

A\ No, I do not think so. I see it as a very clever ploy by Kejriwal and his close associates to get into politics, which is alright because everybody has a right to get into politics. But you do not have to kick somebody in the place where it hurts to come into politics. You can question somebody’s performance or ideology, but question them straight. Do not run a fake campaign about somebody being evil.

Q\ Was Prime Minister Narendra Modi the biggest beneficiary of the IAC campaign?

A\ It is difficult to say. But if you weaken one player, the other side will have a better chance. The Congress was battered and hit in the shin and made weak, so obviously the other side would do better.

Q\ Kejriwal says the Congress is dead, and the AAP will emerge as a national alternative.

A\ It is a pipe dream. But we should not laugh at his claims because he has shown that he can sustain the campaign of the AAP, and is into his third term as chief minister. He is here as a player, and we have to ensure that we play the game better than him.