IAC’s goal was to display the power of people 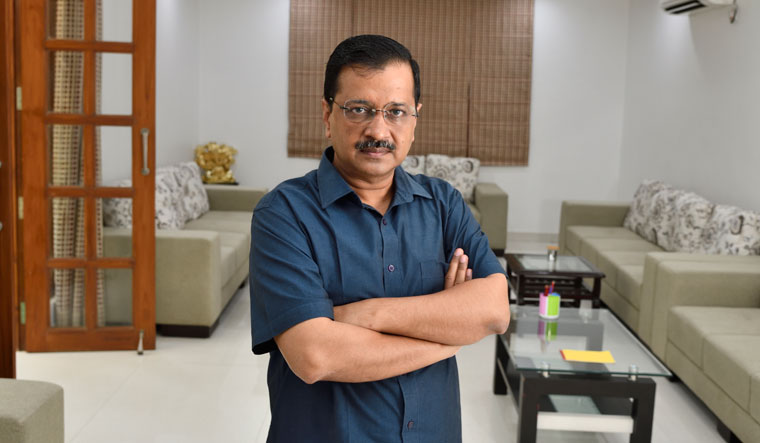 Delhi Chief Minister Arvind Kejriwal describes the India Against Corruption as the movement that sowed the seeds of honest, corruption-free politics in the country. About his fallout with Anna Hazare post-IAC, Kejriwal says: “People can have a common goal but different paths.” Excerpts from an exclusive interview:

Q\ How did the IAC movement change India?

A\ The IAC movement sowed the seeds of honest, corruption-free politics. The last decade showed it is possible in India. The AAP’s success has firmly established this. The movement was a clarion call against corrupt political practices. It was also a stand against traditional political parties. It exposed the corruption of the Congress government and also the corruption within mainstream political parties. It changed the perception and expectations of Indians. People now want an accountable and honest government.

Q\ What was the impetus behind the IAC movement?

A\ When we launched the andolan (agitation), the corruption of the UPA [government] was at its peak. We wanted to raise a voice against this, against the corrupt politics of mainstream political parties. The IAC was formed organically, because people wanted a voice. Everybody thought people in India cannot unite on an issue, but IAC proved it is possible.

Q\ You were the driving force of the IAC. Do you feel it achieved its goals?

A\ The driving force of the movement was the people of India themselves. The ultimate goal was to show that people have power and to tell political parties that if they do not mend their ways, they will be voted out. Eliminating corruption is a long-term goal. The AAP’s politics has put pressure on other parties to deliver for the common man without indulging in corruption. This is the IAC’s legacy.

Q\ Were you surprised by the kind of support the campaign received?

A\ We were pleasantly surprised. It is said that the people of India will never come together for a united goal, but thanks to [mainstream] media and social media, we were able to take our message far and wide. Thousands of people joined from all over the country. The IAC was a collective expression of people.

Q\ How would you describe the role of Anna Hazare in the IAC?

A\ The andolan was a clarion call by Anna ji. He led us. The movement, under the leadership of Anna ji, helped the people to dream of a new India.

Q\ What led to the formation of the AAP?

A\ We tried everything. We worked hard to get the Right to Information Act to bring transparency. Even with the IAC, our simple demand was that Jan Lokpal Bill be introduced. But we realised that nothing could change as long as traditional parties were ruling. The only way out was that we get into the system and change it from the inside. This was the core thought behind starting the AAP. Over time, it has been proved that this was the right decision.

Q\ What led to your fallout with Anna Hazare?

A\ Anna ji has been a great mentor to us. When we formed the AAP, a lot of the principles were inspired by Anna ji’s ideology and vision. People can have a common goal but different paths. He has dedicated his life to fighting for people’s rights as an activist. We wanted to take the political route. But we both want honest, corruption-free governance.

Q\ Critics say the AAP is no different from other parties. They cite cases filed against your MLAs.

A\ It has been the nature of the BJP government at the Centre to use the institutional machinery to attack state governments. Over 100 cases were filed against AAP MLAs, but almost all of them were acquitted. Not a single charge of corruption has been proved. Recently, the BJP leaders even apologised for making false corruption charges against us.

Q\ You said the Congress has collapsed. Is the AAP the replacement for it at the national level?

A\ The AAP is not just a replacement for Congress. It is the alternative to all traditional parties that have only made themselves richer while keeping the people poor and uneducated. In Delhi, we have not just replaced the Congress but the BJP, too. Also, there is little to differentiate between the two parties. A vote for the Congress is in turn a vote for the BJP. Wherever people have voted for the Congress MLAs, they have sold themselves and formed a BJP government, be it Goa, Madhya Pradesh, Karnataka and, recently, Puducherry. Over 200 Congress MLAs have joined the BJP in the past few years. People have realised this and they want an actual opposition party rather than the Congress.

Q\ Where does the AAP stand ideologically?

A\ Our ideology is running an honest government that works 24x7 for the people. A poor man votes for employment, good education for his children and health facilities for his family. Ideology will not deliver that. Work on real issues affecting the common man will.

Q\ There is a discussion on the AAP’s thrust on nationalism, and some say it is practising soft hindutva.

A\ We will always take decisions that will put the nation first. The AAP is a party of deshbhakts (nationalists). Every decision is aimed at nation-building and realising its tremendous potential.

Q\ What similarities do you see between the current farmers’ protests and the IAC?

A\ Both movements have arisen out of people’s disillusionment with the system, demanding that the system [should] work for people, instead of serving a few.

Q\ Has the anti-corruption movement receded into the background?

A\ As long as there is corruption in the country, the anti-corruption movement will stay alive. Our path now is to be a part of the system and show people that an honest and non-corrupt government is possible.

A\ One of the first things we did in Delhi was to try and pass the Lokpal law, but the BJP and the Congress got together to block it. The Centre has used all its machinery to block Lokpal in Delhi. In other states, too, they have completely diluted the idea of Lokpal. It is a fight that continues.