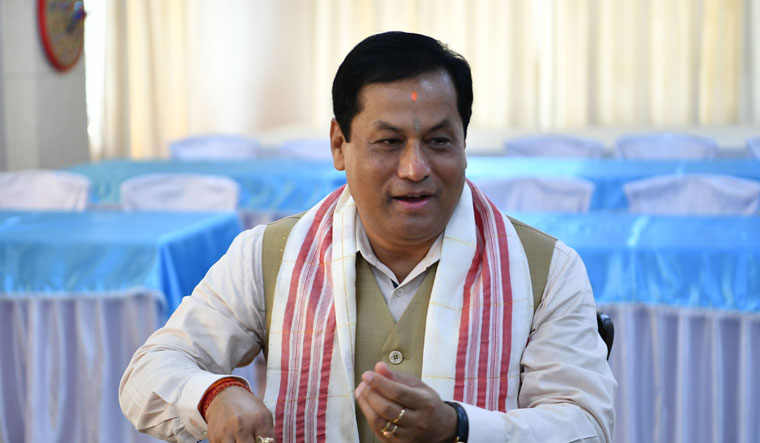 Q/ Do you look at these elections differently from the previous one?

A/ The BJP has worked honestly in the past five years. Moreover, Prime Minister Narendra Modi has given so much for the northeast, and Assam in particular. People of the northeast and Assam fully trust Modi, as he has fulfilled his promises. Only the BJP can bring development; people don’t have any confusion about that now.

The Congress, on the other hand, has, in the past 55 years, allowed illegal immigrants to come and settle here. There was a big agitation against it, and 860 people were killed when the Congress government tried to quell it. [The Congress] always favoured foreigners; it has now allied with Badruddin Ajmal [of the All India United Democratic Front]. It had called him communal during the 2019 Lok Sabha elections.

Both these parties are in favour of the bideshi ghuspatiya (foreign infiltrator). We have allied with like-minded parties like the Asom Gana Parishad and the United People’s Party Liberal to stop them at all costs.

Q/ How do you look at five years of your governance. Have you delivered what you promised?

A/ I feel happy that we tried to work honestly. During the previous Congress regime, people had not got justice, or even what was their due. They had to pay up to get work done. Corruption was everywhere.

People were waiting for relief. For example, the Congress government had set up 156 illegal checkpoints. In our first cabinet meeting, we decided to remove them. We have been working against corruption from day one. So many have been arrested and convicted. The recruitment was streamlined so that candidates belonging to the poorest of the poor got jobs.

Q/ So you are satisfied with your performance.

A/ Of course. All benefits were given through direct benefit transfer, cutting off middlemen. We have been able to ensure good governance and terror-free Assam. It is because of Modi and Union Home Minister Amit Shah that we could create an atmosphere to stem terrorism and bring many [militants] to the mainstream. Most of them now follow the Constitution and has given up arms. Today, Assam is peaceful. When there is peace, there is development.

Q/ But there is still some work left. Shah said the BJP needs another five years for that.

A/ Two of the biggest problems are flood and erosion. We have to fight them. Brahmaputra is a big river; there are 121 other rivers. We have 11 rivers in the Barak valley. Most of these rivers flow in from neighbouring states and countries. The Centre has set up a panel under the NITI Aayog vice chairman. They have suggested that a new body—the North East Water Management Authority—be formed. Amit Shahji recently said the goal is to ensure flood-free Assam.

Q/ What is your plank in this election.

A/ The Congress brought illegal migrants to Assam, affecting the pride and esteem of our people. The people felt threatened, economically and culturally. This led to an identity crisis. In 1979, the Assam movement started. A law was brought in 1983—IMDT Act [the Illegal Migrants (Determination by Tribunals) Act]. The Congress’s game plan is clear. It wants to rehabilitate the illegal migrants. And the party [of] these infiltrators, Badruddin’s AIUDF, is now a Congress ally. This has made it clear that if they are in power the illegal migrants will be feted, not the local Assamese. This is why the Congress and the AIUDF are country’s biggest enemies. They have to be defeated and the migrants shunted out.

Q/ The BJP is invoking the Mughals and Muhammad Ali Jinnah to describe the Congress-AIUDF alliance.

A/ It is an unholy alliance. I had gone to the Supreme Court in 2000 against the IMDT Act. After five years of hearings, the Supreme Court termed it illegal and ultra vires of the Constitution. (IMDT had put the burden of proving the nationality on the complainant and the police, and not on the accused. The court struck down this mechanism and the law). In 2005, 10 Muslim groups met to decide on how to stop illegal migrants from being deported. This led to the formation of the AIUDF.

Q/ All three fronts—led by the Congress, the BJP, and the Assam Jatiya Parishad (AJP)—talk about representing Assamese sensibilities and culture. What is this Assamese culture?

A/ How can Congress talk about Assamese culture? If they had Assamese culture in mind, why were 860 people shot dead during the Assam agitation? The victims were protesting to save their culture. The Assamese Identity was harmed when these people were killed.

I had said some months ago that the Congress-AIUDF alliance was like the Mughals, as they were trying to harm the sons of the soil. The BJP is trying to save the people.

Q/ But this is leading to polarisation.

A/ One has to raise one’s voice for the country’s interests, whether there are elections or not. The sons and daughters of Bharat Mata have to fight for it. We have never talked in terms of Hindus and Muslims. Modi’s slogan, Sabka Sath, Sabka Vikas, aur Sabka Vishwas, is our guiding principle. We have worked for all religions.

A/ That protest is no longer there. People were misled. It was said that 2.5 crore people will come and settle in the state, and they would usurp properties belonging to local people. It was all a lie. Nothing of that sort would have happened. 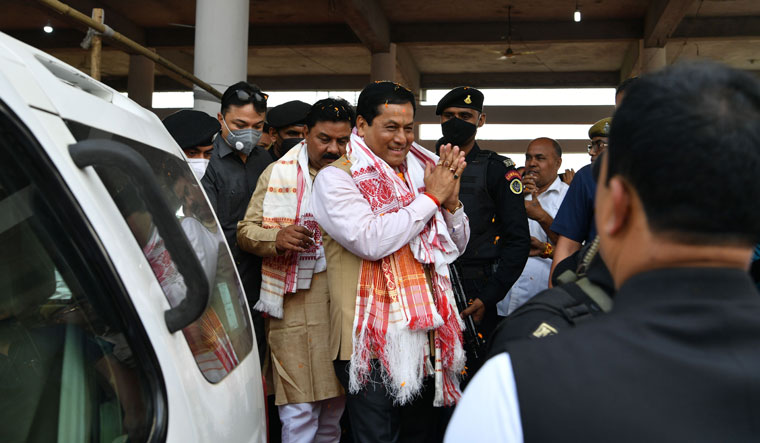 A/ If anyone has given attention to the Assam Accord, it is the BJP government. Modi and Shah set up a panel to give more rights to the Assamese. Manmohan Singh was prime minister for 10 years, during which he was MP from Assam. He did not do anything. There is a huge difference between talking and doing. The Congress merely talks; the BJP performs.

Q/ But the panel’s report on clause 6 of the Assam Accord has already been submitted. No action has been taken.

A/ According to the committee rules, there is time of two years to study it. The report is being studied, and there is still time to implement it. A retired judge of the Supreme Court will have to look into it. We will look into the matter positively.

Q/ You had promised to give scheduled-tribe status to six tribes. But the matter is still pending.

A/ Who brought the issue to the Rajya Sabha? We did. We are working for the welfare of all communities. We will do it soon.

Q/ A lot of rebel candidates threaten to upstage your campaign.

A/ We have tried to bring those people back [to the party]. Many have agreed; others will too.

Q/ The BJP is going slow on the CAA in Assam, but is raising it fervently in Bengal.

A/ The CAA has already become a law. The rules will come soon. The Congress created fear among the people and tried to mislead them. We gave land titles to 3.65 lakh landless people. This assured the people that their land was safe.

Q/ Your views on the controversial National Register of Citizens.

A/ The exercise was monitored by the Supreme Court. The state government had a limited role. We appointed 55,000 government officers for the exercise for three years. It was a big thing for a small state like us. When the final draft came, there were allegations that several illegal migrants were included in the list. We then gave an affidavit in the court that we have given permission to [re-verify] 20 per cent [names] in border districts, and 10 per cent in other areas, so that the NRC can be updated.

Q/ You come from student politics. The All Assam Students Union, the apolitical body you headed for several years, has now taken a political stance. And it has turned against you.

A/ AASU has been apolitical; it should stay that way. But this time, they have floated a party (AJP). They shouldn’t have done that. Moreover, the issue they are worried about shouldn’t bother them. The goal of AASU and the BJP are the same—save our land from illegal migrants and [ensure] national security.

Q/ You were the chief minister candidate in the previous elections. This time the BJP has left the slot open. Why?

A/ (Laughs) This is a national party. The issue is decided by the party; only they can answer it. The parliamentary board approved my name the last time. This time, too, they will decide.

Q/ But this has led to strong speculation that your cabinet colleague Himanta Biswa Sarma, too, is a contender for the top post.

A/ He is also working very hard, day and night. We all are working very hard together. We have run the government together for many years. If we were successful, it was because of the efforts and cooperation of the prime minister and the home minister.

Q/ Will the elections be a referendum on the state government or the Centre?

A/ Both the governments. The Modi government has achieved a lot in the past six years. People like his image; they trust him. He has a divine quality. He brought together the country and took it to great heights. We will improve our tally.