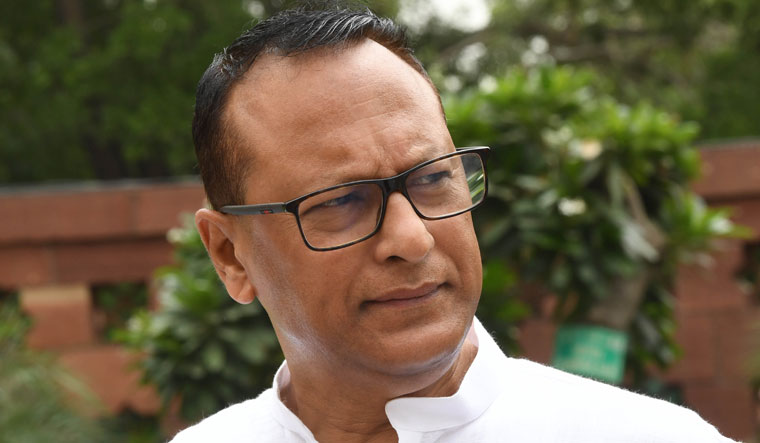 Q/ How is the Congress campaign different from last time?

A/ We are carrying out a very sustained campaign. It is a brass-tacks level, no-frills, business-like campaign. We started it on February 12, calling it ‘Axom Basaon Ahok’ (Let us save Assam). The campaign has struck a chord with the people and fanned out to different corners of the state. We are getting a huge response. People have had enough of the BJP, which has been attacking the ethos of Assamese pride.

Q/ All parties are talking about Assamese pride. Which one is the right version?

A/ Axomiyatva, or Assamese identity, is fundamentally different from the BJP’s hindutva. Axomiyatva is very inclusive, very liberal. It provides space to every community, caste and religion. Assamese identity was painstakingly stitched together by Chaolung Sukaphaa, who came to Assam in 1228. Sukaphaa was the founder of the Ahom kingdom. Before his arrival, there were only ethnic groups in Assam. He painstakingly built the liberal Assamese identity by including every community and ethnic group. He never resorted to hatred, warmongering or force. It was an assimilation process that took a long time.

Q/ The BJP also talks about an inclusive Hindu sentiment.

A/ Assamese reformer Sankardev gave us a refined Hinduism, unlike the one presented to us by the RSS, which is based on Manu Samhita. Sankardev was very liberal. He had Muslims as his disciples and talked about educating women. He said the downtrodden can be uplifted through education.

This is different from the BJP’s hindutva, which is trying to kill us. The BJP’s brand of Hinduism is alien to Assam. It is like the Chinese catfish, introduced here 30 years ago. When released in a pond, it gobbles up the local fish species. That is what the BJP is doing. It is dangerous to the Assamese identity.

Q/ The BJP says the Citizenship (Amendment) Act does not contradict the Assam Accord, and that it will help the state.

A/ The Assam Accord has been a time-tested conflict resolution formula in Assam. This accord was signed in 1985 by [prime minister] Rajiv Gandhi after a long period of uncertainty, violence and agitation. It was universally accepted, including by the BJP at that time. Now, by bringing in the CAA, the BJP has totally negated the accord.

Q/ The BJP says they are implementing clause 6 of the accord and had set up a panel.

A/ On one hand, they destroyed the accord; on the other, they are talking about implementing clause 6, the main one in the accord. How can this be when they have destroyed the edifice of the agreement?

The CAA will destroy Assamese identity. Even though it is a federal law, we have given a guarantee to the people of Assam that, after our government is formed, we will not allow it to be implemented. And when we have majority in Parliament in 2024, we will repeal this black law.

Q/ The BJP says your alliance with Badruddin Ajmal is anti-national. Words like Mughals and Jinnah have been used.

A/ The BJP is constantly rewriting and mutilating our history. They are talking about Mughal invasion. When Mughal emperor Aurangzeb sent his army to Assam, he deputed a Hindu king, Ram Singh of Mewar, to attack us. When Ram Singh led his horse brigade here, he was flying a Hindu flag. His attack was repulsed by Assamese general Lachit Borphukan. He had an assistant—Ismail Siddique, an Assamese Muslim. So an Assamese Muslim helped defeat the Mughals, who had sent a Hindu to Assam. This is the cultural assimilation of the state. Now the RSS, as Mughals, is bringing a Hindu flag to attack Assam’s identity.

Q/ You had termed Ajmal’s All India United Democratic Front as a communal party in the past. Now you are allies.

A/ We have a grand alliance of eight parties, of which the AIUDF is just one. They are a respectable stakeholder in this alliance. We do not consider the AIUDF as a communal party, for the simple reason that they represent and are trying to uplift downtrodden Muslims. Now, that is not communalism. They have never tried to create a communal divide or spew hatred. They have not talked about destroying temples or establishing Islamic rule, though the BJP is trying to project them as having done so. We have told [the AIUDF] that if they ever turn communal, we would part company.

Q/ This time the Congress has made five promises to the people.

A/ These are not promises; they are guarantees. We are guaranteeing five lakh jobs, 02,000 monthly income to women, 200 units of electricity to each household free of cost, 0365 a day for tea-garden workers, and a new law against the CAA.

Q/ What are these guarantees based on? Did you draw from the experience in other states?

A/ When we were conducting Assam Bachao Abhiyan, we interacted with a cross section of society. We tried to [prepare] a prioritised agenda for the Congress. [The guarantees] are based on elaborate interactions.

Q/ How do you view Sarbananda Sonowal’s tenure as chief minister?

A/ He was hailed as a saviour of the people when he was All Assam Students’ Union leader. He was given the title of jatiya nayak (community leader). But then he joined the BJP, became chief minister and turned out to be a damp squib. He made compromises just to cling on to power. He implements whatever the RSS, Amit Shah and Narendra Modi ask him to. He has lost his voice.

Q/ Neither the Congress nor the BJP has declared a chief minister candidate. What does it indicate?

A/ The Congress never declares a CM candidate. Last time, the BJP had announced Sonowal as CM candidate four months before the elections. But this time they are afraid, for obvious reasons. There is fierce bickering in the BJP. Himanta Biswa Sarma is a past master of the game. He is trying to upstage Sonowal. The BJP is afraid that this may trigger another wave of dissidence, so it is not declaring Sonowal its chief ministerial face.