I was happy to see the dedication of doctors and nurses 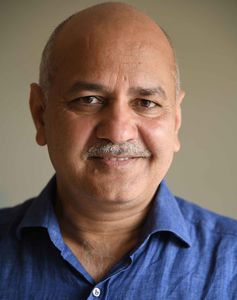 All the MLAs had to get tested before the assembly session on September 14, 2020. I tested negative two days before the session. However, on the eve of the session, I developed Covid-like symptoms. I got tested again, and this time, the result was positive.

At that time, my major concern was for my son, who will be taking his 12th Board exams this year. I was worried his studies would get affected. I was concerned about the safety of all those working with me. Also, I was worried about the impact on my work. However, technology came to my aid, and even after I tested positive, work did not stop. I continued to hold meetings through video-conferencing.

Being in isolation had its positives. I read books that I was planning to read and watched movies. From the perspective of a policy maker, I was happy to get a first-hand experience of the home isolation system working well.

Around the tenth day after I tested positive, I had to be hospitalised because my fever had shot up. I was admitted to the Lok Nayak Jai Prakash Narayan hospital, and when they ran tests on me, it turned out I was suffering from dengue as well.

I spent more than 28 hours in the ICU. I saw people screaming and crying in panic. There was the constant beep of machines. But as an administrator, I drew satisfaction from seeing the doctors and the nurses working day and night. I saw them helping patients interact with their families via video calls.

There may have been some criticism about me being shifted to a private hospital. However, these are occasions when decisions are taken for you by your family, by the people who love you. When it turned out that I had dengue as well and the fever was not subsiding, the family panicked. I did not have any problems at the hospital. I do not think my condition would have deteriorated had I stayed on there.

I had to double as health minister briefly, which was a challenge. The investment we made in the health sector in our previous term helped us during the pandemic. We had enhanced the capacity of hospitals. When Covid-19 hit us, we were prepared to deal with it. Bed enhancement had already begun, so some new hospitals got ready during the pandemic and helped us ramp up capacity to meet the rush of patients. The infrastructure that we had in the form of mohalla clinics came to our help when we had to set up testing centres.

The biggest takeaway from the year gone by is that investing in health should be a priority for us. In the kind of world we are living in, a virus can easily travel from one part of the globe to another and start a pandemic.

As told to Soni Mishra