How this COVID-19 vaccine trial volunteer took up the challenge

Volunteering is meant for people who are mentally strong, Nirbhay says 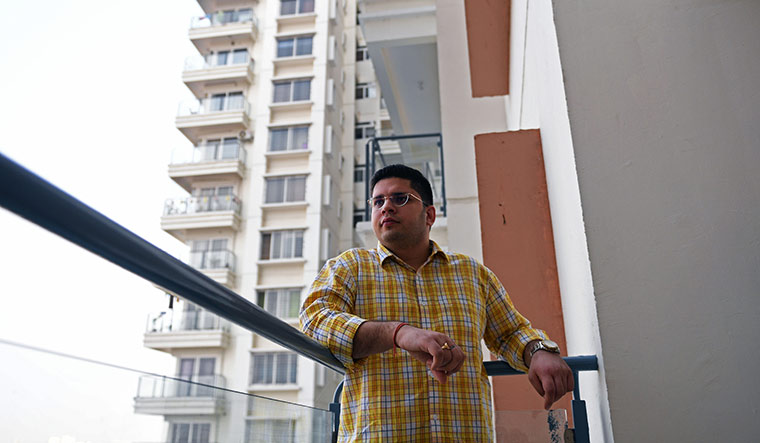 For Nirbhay Shankar Kapoor, who works as a social media manager with a Delhi-based digital marketing agency, the urge to be a COVID-19 vaccine trial volunteer came from within.

However, the 28-year-old soon found himself in a dilemma. He knew that his family would not approve of him joining the clinical trials and that convincing them would be no easy task. “I told them almost on the last day—like just a day before I had to go for the trials, that I have opted for it. My family was sceptical, especially my mother and elder brother were very worried. My father and sister-in-law were in a 50-50 situation,” recalls Kapoor. He reasoned with them saying there is a critical shortage of volunteers for the COVID-19 vaccine trials. “If we don’t take part in clinical trials, how will the vaccine be developed?” he asked. His persuasion techniques worked and Kapoor became a volunteer for Bharat Biotech’s phase 3 trials of Covaxin. “I took my first shot on January 4, followed by the booster dose on February 1,” says Kapoor, who still wears mask and gloves to avoid being a carrier. The process was less cumbersome than he anticipated. "They did some general inquiry to know my medical history and any medication I take. Then, I had a blood test to check if I already have antibodies or not, followed by an RT-PCR test,” he adds.

Were there side-effects to the vaccine? "Not really. They had given me a long list of reactions though. But thankfully, I just had a bearable headache or rather a heavy head situation on the day I got my shot and very mild congestion in throat for two to three days. As per doctor's advice, I took an anti-allergic for congestion and I was fine. Nothing serious at least in my case,” says Kapoor.

Volunteering, in a worst-case scenario, could mean you are exposing yourself to a vaccine that is not safe and Kapoor sometimes worries about its potential side-effects. Brushing aside his fears, he says, “I have faith in science and God. Things will be fine for all.’’What advice would he give to people wanting to take part in COVID-19 vaccine trials? "Before signing up to volunteer, you should know what you are heading for. Consult your family doctor and seek his opinion. When you go to the vaccine centre, talk to the team over there and clear your doubts. If you are still not completely sure, I would suggest you step back from the trial,” says Kapoor.

Volunteering is meant for people who are mentally strong, he says. "They have a better chance to recover from illnesses more quickly. Stress weakens the immune system and makes you more susceptible to getting sick.’'