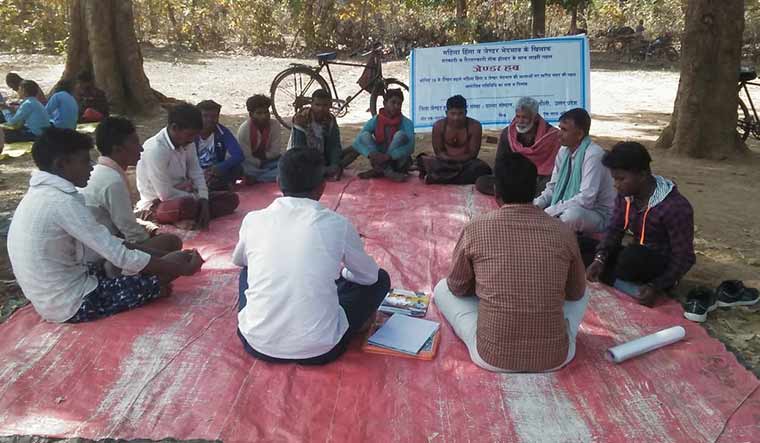 One of the most brutal manifestations of the psychological stress of lockdown was the worldwide rise in domestic violence. In India, the National Commission for Women launched a WhatsApp number to report such cases.

While men who had never been trained to be gender-sensitive or imbibed it from their surroundings directed their frustration at the women in the family, even those who fared better in ‘normal’ times found it hard to keep themselves in check.

“Without work, diversions or friends, but with uncertainty on every front, it was like being in a pressure cooker,” said Shri Ram Yadav of Gurera village in Sitapur district. Yadav is among the 2,500 men in 19 districts of Uttar Pradesh who have been part of the ‘Ek Saath’ (Together) campaign. Run since 2017 by Sahayog, an organisation that works to promote gender equality and maternal health, the campaign engages men and boys as partners to challenge social norms stacked against women. This is achieved through gender-sensitive, community change-makers called Samanta Sathis (gender champions or literally equality partners), who are willing to change their behaviour and inspire others to do the same.

Yadav said that while men, not used to staying at home all day, started to find fault with all that the women at home would do, migrants who returned home behaved in ways unacceptable to the locals. “A little too much salt in the food, a bucket of water not filled quickly enough­—all became reasons to abuse women,” he said. “Young men who had never spent so much time in their villages made a pastime of commenting on girls, ogling, whistling and generally being a nuisance.”

The latter sometimes took a vicious turn. Yadav cites the example of a young girl who was sexually assaulted by a returnee migrant when she went to relieve herself in the fields behind the quarantine centre. The police was of little help—it suggested that since the man could not be jailed owing to Covid-19 restrictions, some compromise be hammered out between the parties.

The Samanta Sathis found themselves challenged like never before. In the initial days of their work, they had been mocked, threatened and accused of trying to corrupt girls and women, but during the lockdown they found their interventions were even more unwelcome. “There was only so much that could be done over the phone,” said Yadav. “When we tried to organise meetings of two or three houses in a neighbourhood, we were reported to the police for breaking lockdown norms.”

Harsh Chaudhary, a 20-year-old Samanta Sathi from Gurera, said that they received almost double the number of complaints every day compared to before the lockdown. “One man would fight with his wife then walk out of home, leaving her and the children scared,” he said. “Another would thrash his wife and daughter as there was no alcohol available. Even men who occasionally helped with household chores stopped doing so. It was a hundred times more challenging to make them understand that this was unacceptable.”

The Samanta Sathis, however, did not stop trying. Yadav said that marriages that were a few years old came under heightened stress during the lockdown and multiple dowry demands were made. “We pursued cases—from the local thana to the district magistrate—throughout the lockdown,” he said. “Despite that persistence, cases under the correct sections were lodged only when the lockdown eased.”

As Yadav added, it is in unusual circumstances that our true selves are revealed. “The pandemic has taught us that we are still far from being a gender-sensitive or equal society,” he said. “That is the only good that came out of it—that we learnt how difficult the road ahead is.”