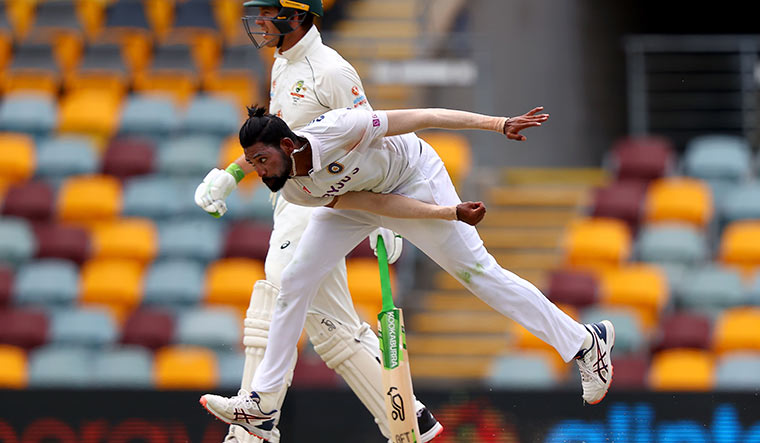 Long road ahead: Siraj’s immediate challenge would be to bowl consistently well on Indian pitches | AFP

Rarely does a single overseas tour showcase different shades of a cricketer’s character at a microscopic level. The Test, ODI and T20 series against Australia did exactly that for Hyderabadi pace bowler Mohammed Siraj. On January 7, while the Indian national anthem was being played at the Sydney Cricket Ground on the first day of the third Test of the Border-Gavaskar Trophy series, Siraj got emotional. The video of tears rolling down his cheeks went viral, laying bare before millions of viewers the emotions of the 26-year-old.

A few days before that, when young Australian all-rounder Cameron Green was hit on the head by a Jasprit Bumrah shot during a practice game at the SCG, Siraj was at the non-striker’s end. He immediately dropped his bat and rushed towards the bowler, without even thinking of a run. That video, too, went viral, bringing Siraj’s compassion and sportsmanship to the fore. During the fourth Test match at the Gabba, Siraj showcased his sublime skills with the ball and breached the Aussie citadel, even as he braved racist taunts from the stands. Leading the inexperienced Indian bowling attack, he scalped five wickets in the second innings, setting up the game for India. But the high point of Siraj’s young career came at one of the most difficult phases of his life. He lost his father to a lung ailment while he was away on national duty. Resolute and focused in the face of adversity, he went about playing matches and taking wickets.

“He is a strong boy. They say tough situations make you stronger. That is what happened to Siraj. He overcame grief and delivered an excellent performance,” said Mohammed Ismail, his elder brother. Siraj’s family stays in Toli Chowki, a middle-class locality in Hyderabad. They shifted to a new, bigger house a few years ago after Siraj made it big, but the family did not leave the locality.

Siraj’s father, Mohammed Ghouse, who once drove an autorickshaw to feed his family, was his biggest supporter. Ismail said Siraj used to skip classes and even exams to play cricket. It made the whole family angry, but the ever-supportive father trusted his son’s instincts. After Siraj was picked up by the Indian Premier League team Sunrisers Hyderabad in 2017 for a whopping 02.6 crore, he never let his father go back to work. 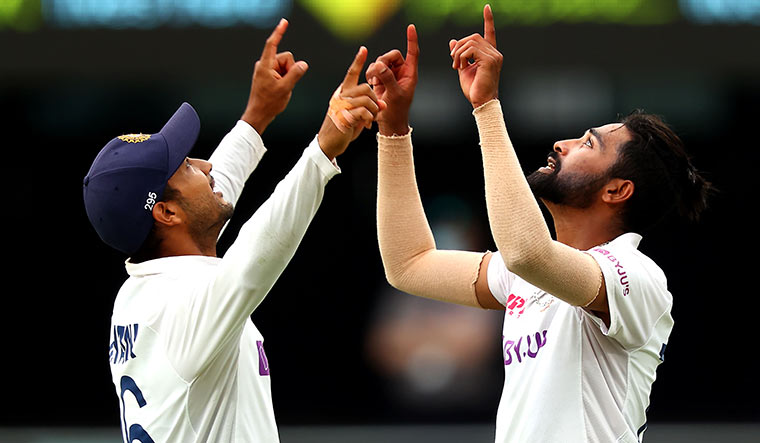 Swinging it: Siraj celebrating his fifth wicket with Mayank Agarwal on day four at the Gabba | AFP

Siraj’s biggest source of strength after his father’s death is his mother, Shabana Begum. Ismail said she quickly slipped into their father’s role of supporting and motivating Siraj. “The credit goes to her,” he said. “She talks to him four to five times a day. He could face our father’s loss as she motivated him.”

Siraj’s friends, too, are proud of him. Some of them visited the family home and spoke to the media right after India’s victory in Brisbane. “Siraj’s life is a lesson on how to conduct yourself in life,” said one of them.

As a cricketer, Siraj’s growth trajectory has been unconventional. He was not part of the BCCI’s age-group cricket and he continued to play “gully cricket” with tennis balls, even into his early 20s. Sudheer Mahavadi, a sports analyst from Hyderabad, said he had seen Siraj playing with tennis balls in local tournaments all across the state, season after season. “He used to go to Manthani (a town in north Telangana) to play tennis ball tournaments till a few years ago,” said Mahavadi. “Playing with tennis balls actually helped him improve his strength. Later, he could play some good cricket at the domestic level and show his strength as a bowler.”

It was Mahboob Ahmed, secretary of the Hyderabad-based Charminar Cricket Club, who first noticed Siraj and offered him a place in his team. Siraj made his Ranji Trophy debut for Hyderabad in 2015. He was encouraged and mentored by former cricketer and selector P. Jyothi Prasad, who had also spotted Mithali Raj, captain of the women’s ODI team. In the 2016–17 Ranji season, Siraj was the highest wicket taker for Hyderabad, with 41 scalps. Siraj’s exploits impressed Bharat Arun, who was coaching the Hyderabad Ranji team; Arun is now the bowling coach of the national team. “He (Arun) is like an angel to me. He gave me the confidence that I can achieve anything,” Siraj had said in a video.

A year after his IPL debut, Siraj was bought by Royal Challengers Bangalore. He made his national debut in 2017 in a T20 International against New Zealand in Rajkot. His only ODI game was in January 2019 against Australia at the Adelaide Oval. His Test debut, too, came against Australia in the 2020 Boxing Day Test, just a month after his father’s death.

For Hyderabadis, Siraj is a special talent. Though the city can boast of legendary batsmen like Mohammed Azharuddin and V.V.S. Laxman, it has not had a pace bowler after Syed Abid Ali, who last played for India in 1975. For Siraj, however, the road ahead may not be smooth, despite his impressive debut. The immediate challenge for him is to cement a place in the national team and bowl consistently well on Indian pitches.

“In Australia, Siraj swung the ball nicely and troubled the batsmen,” said Mahavadi. “His fitness level was outstanding and he looked exuberant throughout. No doubt, he has a great future in Indian cricket.”