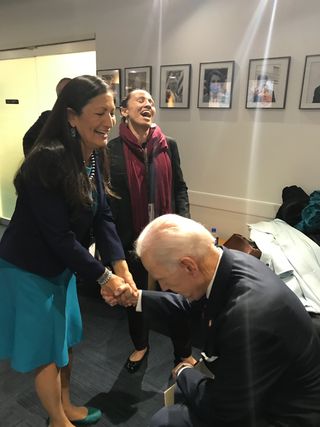 Joe Biden is aiming to be the first American president to constitute a cabinet that truly “looks like America”. He is not the first president to attempt the lofty goal. But he might just be the first to succeed. And if he does, it will also mark the evolution and redemption of Biden himself.

Biden carved a niche for himself in the moderate-to-conservative small state of Delaware by appealing to its pro-business white majority. He once called black children “predators on our streets… a cadre of young people, tens of thousands of them, born out of wedlock, without parents, without supervision, without any structure, without any conscience developing, because they literally... have not been socialised. The end result is they’re about to knock my mother on the head with a lead pipe, shoot my sister, beat up my wife, take on my sons.”

Biden said all of that. It did not matter how it happened, not the circumstances, not even the history; it mattered how it made white, conservative voters from his state feel.

But that was then.

After eight years as Barack Obama’s vice president and after a long campaign where he benefited from the goodwill of the blacks and the minorities, the seasoned politician is about to realise his dream of nearly half a century. He is concerned about the circumstances, about the history and about how the minority feels. It is a remarkable evolution in the man who, some would say, has always held the most decent beliefs, but was forced by political expediency into a different mould. And his recent actions are redemptive. He is attempting to save the country from the evils of injustice by being inclusionary. His outreach is personally profound and is fundamental to the future of the nation.

It was president Jimmy Carter who first voiced the need to be diversely inclusive in his cabinet. But, mired in rough-and-tumble politics, it remained an unaccomplished vision. It would be 1993 when Bill Clinton would voice the desire to create a cabinet that looks like America, and pick five women, four blacks and two Latinos. George W. Bush kept the trend of inclusivity and representation, naming three women, two blacks and the first Asian American to his cabinet, and later naming Condoleezza Rice as his secretary of state. Obama's inner circle had seven women, nine minorities and only eight white men. 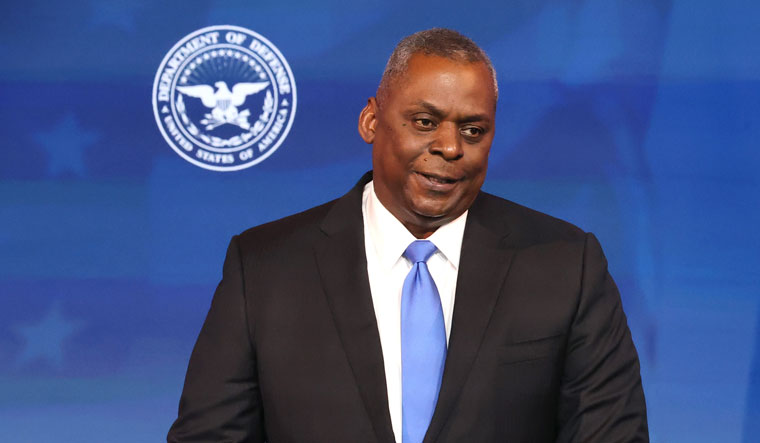 Then came Trump, and it was back to mostly older, white, affluent males, although he named Indian American Nikki Haley as his ambassador to the United Nations. Minorities, however, felt largely left out. But that was not the rub.

They were offended when Trump chose to hang the portrait of Andrew Jackson, known to be the most racist president in the history of the United States. Jackson, who served from 1829 to 1837, was notorious for driving out tens of thousands of native Americans from their homeland and killing tens of thousands more.

But America has been racist not because of occasional bad people in power acting in spite of its Jeffersonian idea of equality. It has been so because its founding documents are partial to one race, to one people and to one destiny . Its laws have allowed for some 425 Medals of Honour, the nation’s highest military decoration, to be awarded for the genocide and ethnic cleansing of native Americans, the same laws which counted blacks as three-fifths of a person.

It is those foundations that Biden aims to change by cabinet appointments worthy of a modern America, an inclusionary, diverse nation with participation and input from all corners.

One can, therefore, guess the impact of Biden’s pick of Debra Haaland, Congresswoman from New Mexico’s first district, to serve as his interior secretary. The 60-year-old will be the first native American to hold a cabinet post. The interior department manages most federal lands, especially the hundreds of millions of acres it forcibly took over from native Americans, and also handles the affairs of native Americans.

Haaland belongs to the Laguna tribe of the Pueblo Indians who live in southwestern United States. “I think she will bring a new perspective. It is overwhelming to native Americans…. It will show that it is time to heal our land,” said Jonathan Nez, president of the Navajo Nation. “She grew up in this nation, without having running water or electricity.” Haaland relied on food stamps, raised her children as a single mom, and was at one point homeless. She will now manage 500 million acres of natural resources, fish and wildlife services, and will oversee the Bureau of Indian affairs.

The weight of the moment is not lost on Paty Marquez of Hatch, New Mexico. Marquez does not know which tribe she belongs to. The records got lost in the federal government’s methodical efforts to crush Indian culture and identity. She can still feel the pain of her lost identity even as she reflects on what Haaland’s appointment means to all native Americans. “Now, I feel humbled that there is representation in my government, even if it is just one person. There is a tiny light to make it a much better place where native Americans can be understood and taken into consideration and that diversity will be embraced and not looked down upon,” she said.

The black men and women who have held major administrative positions and the lone black president  have not been enough to make permanent advances in the national agenda to lift African Americans from centuries of oppression. Now Biden is putting Lloyd Austin, a black general who retired in 2016 as the head of the Central Command, in charge of the most powerful military on the planet as secretary of defence, emphasising that he is not looking for tokenism, but real and proportional inclusion in the corridors of power. It is the first time in the history of the United States that a black man has been asked to run the Pentagon. Austin, 67, is expected to revitalise American “alliances in the face of global threats” after four years of mayhem under Trump.

Two other blacks in key positions are Michael Regan as administrator of the environmental protection agency and Brenda Mallory as chair of the White House council on environmental quality. Along with Canadian immigrant and former Michigan governor Jennifer Granholm as energy secretary, Gina McCarthy as national climate adviser and Pakistani-American lawyer Ali Zaidi as deputy national climate adviser, they will work together with Haaland as Biden’s core climate team, which will be headed by special presidential envoy John Kerry.

Biden's nominee for treasury secretary, Janet Louise Yellen, will be the first woman to hold that office. Yellen's appointment indicates that the Biden administration is likely to promote expansionary government spending to aid economic recovery and will avoid austerity measures in the post-Covid world.

The new head of the office of management and budget will be Neera Tanden, daughter of immigrants from India. The 50-year-old will be the first woman of colour to oversee federal budgets and the performance of federal agencies. Tanden, who serves as the CEO of the left-leaning Center for American Progress, is likely to face some push back during the confirmation process. Biden has nominated African-American economist Cecilia Rouse, 56, to chair his council of economic advisers.

For the homeland security department, Biden's choice is Cuban-born Alejandro Mayorkas, who will oversee border security issues including the Trump wall. He will also be dealing with undocumented immigrants and asylum seekers and also the larger issues regarding immigration. Biden's choice for the department of education is Miguel Cardona. Born to parents from Puerto Rico, Cardona grew up in a public housing project. “He understands the transformative power that comes from investing in education,” said Biden.

A third Hispanic, California Attorney General Xavier Becerra, has been tapped by Biden to lead the department of health and human services, a critical position for a nation devastated by the Covid-19 pandemic. With the minorities being disproportionally affected by the pandemic, he needs to hit the ground running.

Biden has nominated Pete Buttigieg, the dynamic former mayor of South Bend, Indiana, as his secretary of transportation. Buttigieg, who ran against Biden in the presidential primary, is the first openly gay man to be nominated to a cabinet post. It is not a glamorous post, but it is indeed a meaty role for someone without any federal-level experience.

The depth and breadth of diversity in the Biden cabinet marks the sober evolution of a politician who is trying his best to protect the interests of all of America while charting the course of the post-Trump era. It is a tall order. But Biden is dealing with it more methodically than anyone before him. 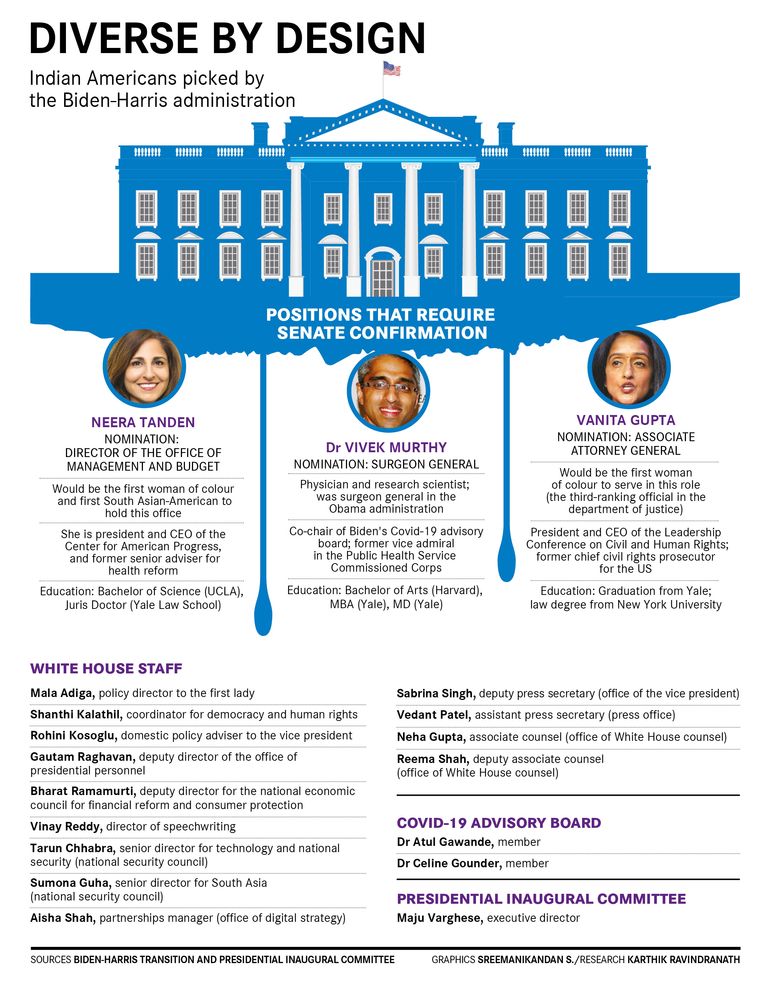