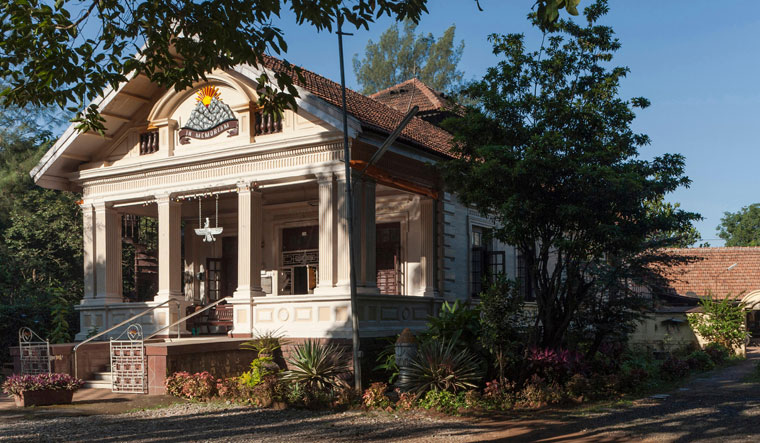 Moved by faith: The Adenwalla Agiary in Lonavala | Alamy

They arrived by ship and landed in Sanjan, a small island in Gujarat. The only available account of Parsi migration and their early years in India is in the epic poem Qissa-i-Sanjan (Story of Sanjan). The exact date is not known, but it is said to be between the eighth and tenth centuries.

One of the oldest stories, now folklore, is that of sugar and milk. King Jadhav Rana is believed to have sent the Parsis a glass of milk filled to the brim when they arrived in Gujarat. The message was that his kingdom was full. The Parsis added sugar in the milk—their response that they would cause no problems. The King was so impressed, he let them stay. Over the years, the Parsis lived up to this promise. (The Parsis were not the only community to flee to India. The Bene Israelis escaped to India, too, and landed in Naigaon in Maharashtra.)

A rescue operation in the 1970s further strengthened the Parsis’ relationship with India. In the 19th century, the Parsis were a thriving population in Aden (in Yemen), and had a fire temple there. It is believed that the Parsi religious fire, known as Atash, comes from 16 hearths—14 were from different occupational hearths (a blacksmith’s hearth, shepherd’s, baker’s… etc), one from a funeral pyre and one from a fire caused by natural lightning. The fire in these temples must not go out, and non-Parsis were forbidden in the temple.

When the British left Yemen in 1967, the Parsis faced persecution again. The new communist government wanted to douse the fire. India, which had become a haven for Parsis, offered to bring the fire here. Prime minister Indira Gandhi and external affairs minister Y.B. Chavan personally intervened with the Yemeni government and secured permission to move the fire. But, the fire could not travel overland, and transporting it on a ship was also not possible because of the fire not being allowed to travel through polluted waters.

Field Marshal Sam Manekshaw, a Parsi himself, was also roped in to chalk out a plan. Finally, an all-Parsi crew brought the fire by air. The crew, led by Captain Sam Pedder, reached Aden on November 4, 1976. The Air India Boeing 707 was not touched by any ground staff at Aden airport to maintain its sanctity and its engines were not switched off. Soon, it took off for Mumbai. The Parsis chanted throughout the journey and regularly added sandalwood to the fire. It was dangerous as a spark could have resulted in disaster at 30,000ft.

Once it reached Mumbai, the fire again had to be hidden from the gaze of non-Parsis. The entire route from Mumbai to Lonavala was cordoned off. The fire was unloaded and escorted by Parsis in cars and eight buses. The holy fire finally reached its new home—the Adenwalla Agiary. To this day, this remains the only recorded incident of a live fire being transported by a commercial airliner.