The power of the other

Varghese says if Biden wins, US will have a prez who respects immigrant experience 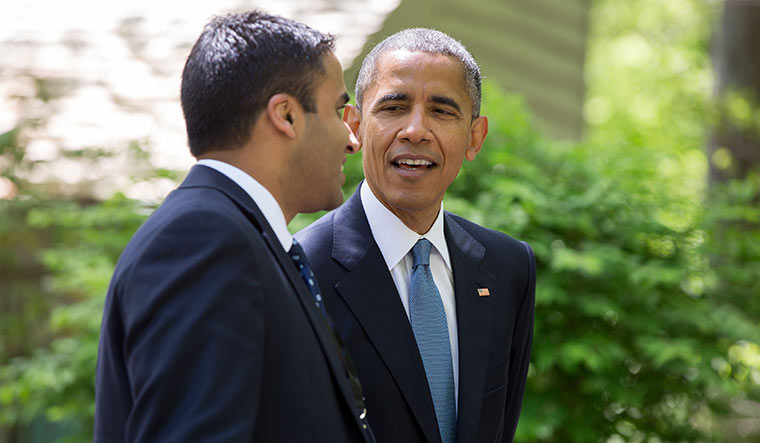 THE STORY OF Maju Varghese, the chief operating officer of Joe Biden’s presidential campaign, is a classic American tale of immigrants succeeding against the odds. Varghese’s parents came to New York in the 1970s from Thiruvalla in Kerala with little money and big dreams. His mother, Saroja, a nurse, was the first to come to the US. Her husband, Mathew, and their six-year-old daughter Manju later joined her. Varghese was born in the US.

The first few years were not easy for the family. Mathew had not finished college as he had to take a job following his father’s premature death. He drove a cab in New York City and also worked as a security guard. The city, back then, was a dangerous place for cab drivers. Many had fallen victim to violent crime. Varghese remembers how his father would often work late into the night, leaving his mother worried. “I was travelling out of Washington not long ago, and I saw an Indian cab driver. When we stopped at a red light, he was eating dinner out of a Tupperware container, and it reminded me of my father,” says Varghese.

As young Manju could not speak English well, people made fun of her. Sometimes, they picked on her name and her clothes, and she came home crying. Mathew and Saroja, too, had their share of struggle, but they found support from their relatives and the small Kerala community around them. “We grew up in a Christian household and our churches had many Kerala families,” says Varghese. “We went to church every Sunday. We had the vibrant Indian community on weekends and then I had my American life on weekdays. It really shaped the way I was brought up.”

Varghese studied political science and economics at the University of Massachusetts, and took his law degree from Hofstra University in New York. He worked with the Al Gore presidential campaign and as a research associate with the Democratic National Committee. He met his wife, Julie, while they both were working for Gore. The couple has a 14-year-old son, Evan.

Varghese, at 43, is part of the Washington power elite. He had served in a variety of roles in the Obama administration for over six years, including as special assistant to the president for management and administration. “It was a really remarkable run and I got to meet and work with some outstanding people who are like family to me,” says Varghese. “President Obama is an incredible person who has a way of connecting with everyday people, which is a remarkable thing. We saw how warmly he was embraced in India.”

After leaving the White House, Varghese worked as a senior adviser at the Dentons law firm and then joined The Hub Project, a civic organisation based in Washington, DC, as its COO. He joined the Biden team in September 2019, overseeing the organisational details of a large and diverse team.