Trump takes mic at wedding and talks about election being rigged

‘Do you miss me yet?’ asks former president 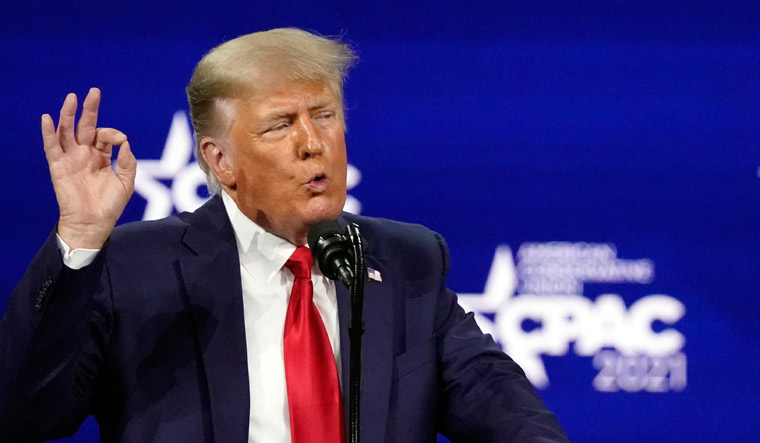 A couple got an unexpected toast at their wedding at the Mar-a-Lago resort in Florida, from former president Donald Trump on Saturday. What did he talk about? How the elections were rigged and about successor Joe Biden. Trump stole the spotlight at the wedding and asked the guests, “Do you miss me yet?” the question was met with whoops of delight and applause.

The former president went on to talk about Biden’s Iran and China policy.

Trump administration drew criticism for dividing families at the border for separating immigrant children from their parents. Trump, who till the day of the inauguration, harped on about election fraud, talked about it at the wedding.