With India & Nepal at loggerheads, China seems to have an edge over its neighbours 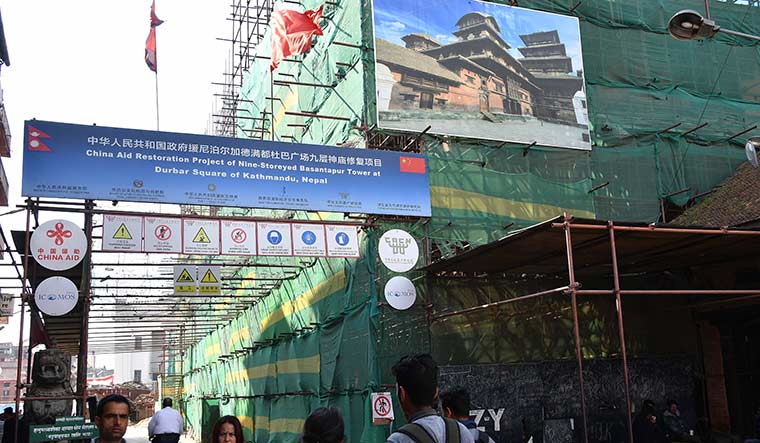 China has been on an economic expansion spree for a while now. Its investments in deep-water ports and other infrastructure projects in Pakistan and Sri Lanka are well-known. While building assets outside its territory has contributed to an all-time high national debt, many in China see President Xi Jinping as an icon who is turning the country into a superpower.

Xi’s handling of the Covid-19 crisis, despite it originating in China, was well-appreciated. He managed to restrict its impact on the economy, even as the country’s growth rate plummeted in the first quarter. But the growth rate does not worry Xi, as the resumption of economic activities will spur growth. What worries him is the job loss in different sectors and the fear of US firms exiting China. Xi decided to take on the US by introducing a stringent security law in Hong Kong, which is being opposed by its citizens and the west. Chinese intelligence claimed that the US, UK and Taiwan were involved in the widespread protests that shook Hong Kong recently. “It is nothing but colour revolution,” said Li Xiaojun, information director of the State Council, China’s highest administrative body. “The intention is to change the regime through staged protests like the Arab Spring and protests in central Asian countries. The umbrella movement in Hong Kong was one attempted colour revolution.”

While the US alleged that China was trying to undermine Hong Kong’s autonomy, Li asked whether the autonomy was to serve Washington’s interests more than China’s. “The rioters were brainwashed through problematic textbooks and teaching by the British, even after the handover,” said Li.

The US, said Li, has 1,300 companies in Hong Kong and enjoys more than $34 billion trade surplus with Hong Kong. He alleged that Taiwan and the US financed the protests in Hong Kong. “The US and Taiwan provide financial support through their various entities operating in Hong Kong,” he said. “The Netherlands and many US foundations and companies gave training to those brainwashed youngsters in Hong Kong.”

According to the State Council, some of these protesters were children of landlords and capitalists who had fled from mainland China after the communists came to power in 1949. “They were taught to hate anything connected with socialism and communism. The US and the UK did that along with Taiwan,” Li told THE WEEK. But China is trying hard to transform the Hong Kong society through its intelligence networks and large-scale social media intervention. It believes that a segment of the new generation in Hong Kong is pro-Beijing.

While China has spelt out its plans for Hong Kong, it is tight-lipped about its silent intervention in Nepal, which recently issued a new map that “includes Indian territory”. The disputed territory is Kalapani, which is the tri-junction between India, Nepal and China. The tussle between India and Nepal came to a head when India inaugurated the 80km-long Lipulekh-Dharchula road in early May. While India said the road would help pilgrims reach Mansarovar quicker, China saw it as India’s move to bolster its military base near the border. A senior Indian defence ministry official told THE WEEK, “It is no secret that this emerging global power is unhappy with any infrastructure development along the borders and has often used direct or indirect methods to pressurise smaller nations to toe its line.”

Many believe the difference of opinion between India and Nepal came to light because both countries are now ruled by nationalist parties. “It should be a matter of concern that this growing fissure in the once close relationship maybe exploited by a third nation,” said the defence official. “The current Nepalese ruling dispensation has always played up a theme of nationalism and India is its favourite whipping boy for obvious reasons. ”

But not everyone blames China for the dispute between India and Nepal. “Indians managed to complicate the relationship with Nepal with their own lack of sensitivity and unwillingness to acknowledge Nepalese concerns or to implement their promises in a timely manner,” said Jabin Thomas Jacob, professor of international relations at Shiv Nadar University. “This created openings for the Chinese, which they have exploited to the hilt.” A number of infrastructural projects that India failed to finish on time were taken up by China. Also, China has made inroads into Nepal through the trans-Himalayan project under its Belt and Road Initiative, selling the development dream to Nepal Prime Minister K.P. Sharma Oli and his people, including Indian-origin Madheshis.

When THE WEEK contacted Oli’s office, his foreign policy adviser Rajan Bhattarai said that Oli does not want to make any comment. “This issue is very sensitive for Nepal government and the prime minister is busy implementing the policy of his government,” he said.

Deputy Prime Minister Ishwar Pokhrel said he would get back at an appropriate moment. “We are totally busy with the Covid-19 situation,” said Pokhrel, who is also the defence minister.

The current dispute could severely damage Indo-Nepal defence ties. Would the two countries meet and talk, at least at the military level? “No meeting has been slated as of now,” said Santa Bahadur Sunar, spokesman, defence ministry, Nepal. “I can only say that India must learn to respect the sovereign rights of the Nepal government and our country’s integrity.”

China, however, denied any involvement in the Indo-Nepal dispute. “That is against one principle in Panchsheel agreement, namely non-interference in other country’s internal affairs,” said Li. “China still sticks to it. But India has long buried the Panchsheel, except for the Panchsheel Marg and historical files.”