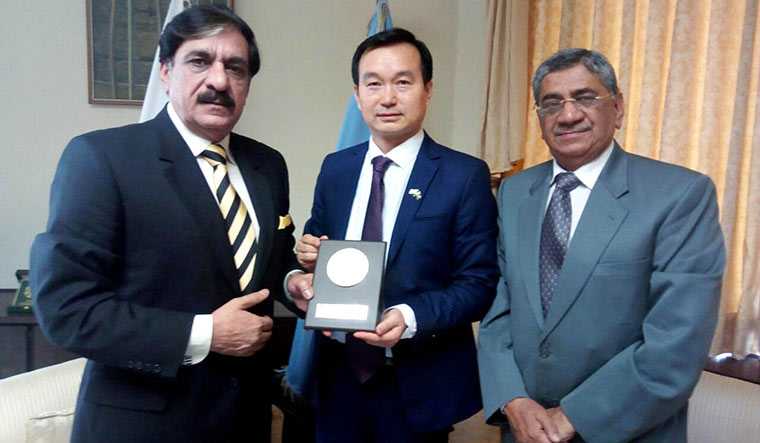 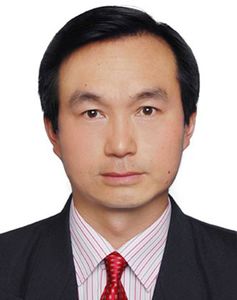 The One Belt One Road Center, created in 2013 by President Xi Jinping, not only works to mould global opinion in favour of the Belt and Road Initiative, but also carries out scientific research on its implementation across the world. Xu Wenhong, its deputy secretary general, has travelled the world in this regard and advises Jinping and the Chinese State Council on BRI projects. In an interview with THE WEEK, Wenhong talked about the BRI, India’s absence from it, and how India’s fear about the China-Pakistan Economic Corridor was unfounded. Excerpts:

Q/ How much progress has the BRI made?

A/ Till now, within the framework of the BRI, China has signed cooperation documents with more than 170 countries and more than 30 international organisations. The BRI and its core concepts have been included in important outcome documents of the UN General Assembly, the UN Security Council, the G20, APEC (Asia-Pacific Economic Cooperation), ASEM (Asia-Europe Meeting), the SCO (Shanghai Cooperation Organisation), etc. This means the BRI is [transforming] from China’s economic development initiative into a prescription to revive the world economy.

Q/ India sees the BRI as a strategic initiative rather than a commercial one. How does China see India’s objection to the BRI?

A/ Every country has its own assessment, no matter how many times China tries to explain it. Only the results of the BRI will prove it (China’s intentions). [Even] after so many years, if the Indian government still cannot understand the key points of the BRI, I would say the only thing the Chinese government can do is encourage the Indian government to meet it halfway. We would also suggest that the Indian side correctly view and understand China’s development trend.

A/ The original [aim] of the BRI is to unite all countries to contribute to regional economic development. If you say that the BRI has influenced the foreign policy of different nations, [so be it].

Q/ How much progress has the BRI made in India’s neighbouring countries?

A/ Till now, BRI-related projects in countries like Nepal, Bangladesh, Sri Lanka and Bhutan are going well. All parties are satisfied with the current situation. Future progress of the BRI depends on their real needs, the friendship between these countries and China, and the real capabilities of both sides.

We hope that China and India join hands with these countries to build a real Shangri-La along the foothills of the Himalayas.

Q/ You have said that China is working in Bhutan. But did it not halt making roads there following the Doklam standoff with India?

A/ We believe in the wisdom and capabilities of diplomats on both sides to settle it (Doklam issue) peacefully. To dominate other countries is not the Chinese way. We have [done] nothing to dominate Bhutan. But, to eliminate poverty there, on the request of the local people, we might provide some help in infrastructure construction.

As the Chinese saying goes, ‘If you want to be rich, first build the road to be rich.’ So, infrastructure (roads, bridges) and connectivity are the top priorities of the BRI. China has some infrastructure projects in Bhutan and other countries, but [those are] just for economic development, not for [any] geopolitical purpose.

Q/ India has objected to the BRI, and within it the CPEC and the Trans-Himalayan economic corridor, perhaps because of strategic interests.

A/ India has been a very important neighbour to China for thousands of years. More communication should [happen] between these two countries. China has repeatedly explained to India through various channels that the CPEC emphasises transport connectivity and economic cooperation; no sovereignty disputes and political considerations are involved. According to the Chinese mindset, poverty is the breeding ground for terrorism. The construction of the CPEC will solve the problem of terrorism in Pakistan, which is also conducive to [strengthening] India’s national security. The BRI [does not mean] an exclusion of India. There is the BCIM (Bangladesh-China-India-Myanmar) economic corridor just for connecting India and China.

Q/ China has made significant progress in building infrastructure in Nepal. How do you see that affecting the India-China relationship?

A/ China is a peace-loving nation and wants to be a good neighbour, good friend and good partner to all its neighbouring countries. China is willing to be of help as its capability allows [it to do so].

Q/ How could India benefit from the BRI? Can India be a joint partner in this initiative? India has Japan as an infrastructure development partner, and the latter might not like India working with China.

A/ The BRI originated in China, but it benefits the whole world. China is willing to have a fruitful dialogue with India. It is said in the China-India joint declaration released after Prime Minister Modi’s visit to Wuhan that both sides welcome cooperation within the framework of the BCIM economic corridor, which will provide more opportunities to India. There is huge room for cooperation between the BRI of China and Project Mausam of India. It is not what some speculators call as opposing or even controlling each other. Within the framework of SCO, BRICS, China-India-Russia mechanism, etc, both sides should know how to abandon the Cold War mindset of a zero-sum game. By connecting the two major ocean plans and connecting the Indian Ocean and the Pacific Ocean, [India and China can] jointly promote peace, development and prosperity in the Asia Pacific region.

Q/ So, like Japan, can India also join the BRI through third-party market cooperation?

A/ Yes, of course. We hope India will do that.

Q/ Can you explain how third-party market cooperation works?

A/ Take, for example, Nippon Express, which is a Japanese global logistics company. It recently began using the China-Europe express to provide intermodal transport services between Japan and Europe. The China-Europe express passes through BRI countries, which, according to Japanese entrepreneurs, could play a positive role in the march of Japanese enterprises into Central Asia, Russia and Europe.

Q/ The US has been criticising China as if there is another Cold War. We are also witnessing a global pandemic. Do you feel the BRI would face roadblocks in the days ahead?

In the backdrop of the coronavirus, not only will the BRI not face roadblocks, but [its] necessity will also be demonstrated.

Q/ How do you counter the argument that countries could fall into a debt trap while supporting the BRI?

A/ The so-called BRI-related debt trap is a western media illusion. When you say BRI-related debt trap, it means that you undervalue the wisdom of those who are cooperating with the Chinese. Almost all BRI-related projects are located in African, South Asian, Central Asian and Latin American countries, where western capital is reluctant to get involved. Those countries either cannot get financial support from western financial institutions [or] get loans at very high rates. Compared with [this], BRI-related projects are usually the [cheapest]. [Only] those who have had a bite can tell you the taste of the peach. If such a cooperation can be sustainable, it means that such a trap is a sweet one; the local people like it.