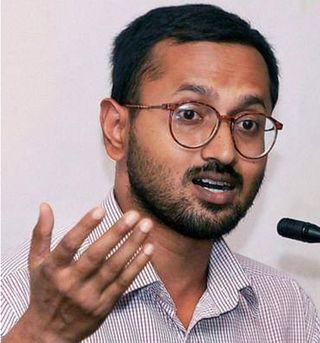 Prof Partho Sarothi Ray, who did his PhD in molecular virology from the Indian Institute of Science, Bengaluru, was among the community of scientists who engaged with the WHO to study of the coronavirus and formulate policies to tackle the pandemic. In an exclusive interview with THE WEEK, Ray, associate professor of biological sciences at the Indian Institute of Science Education and Research (IISER) Kolkata, says that India lags far behind in detecting the character of the virus, and is therefore clueless about how to deal with COVID-19. He says that the 21-day lockdown might help increase our ignorance about the virus if it is not used for enhanced testing. The scientist, who had to his credit 74 research items and 1,400 citations, is presently working on the research on genetic control of cancer.

What is the source of COVID-19? Has it been confirmed?

It is a zoonotic virus, originated in wild animal in Wuhan in China. In this case, the virus can infect humans because it developed a mutation which allowed it to bind specifically to a protein on human cells. That allowed it to jump from another species to humans.

Which are the animals this virus could infect?

Why did the WHO call this a pandemic?

Lethality and infectivity are two different things. Usually a virus which is very lethal or virulent cannot be too infectious, and vice versa. Like the SARS virus in 2003. It was very lethal, but did not infect infect many. But coronavirus is very much infectious and it could infect everybody in the world.

So, you do not consider this virus lethal?

Not at all. It can affect only the old people and people having co-morbidities.

The WHO said that we need to learn to live with this virus.

Absolutely right. Are we not living with TB and influenza? This is called attenuation process. As it kills the people it infects, the virus dies, too, thereby losing its ability to infect more people. And so, the virus continues to mutate or change, and stays in the population. This is called endemic which create outbreaks at times. Only people with low immunity, underlying disease and malnutrition will die. This sporadic or endemic virus would not be lethal but has the ability to come back. My question is: are they not dying today? Has the government done anything proactive to check malnutrition?

How did you help the WHO?

WHO was consulting with a whole community of scientists in the world regarding the outbreak when it happened in Wuhan.

What did they want to know?

They wanted to know the trajectory of the disease, and how many varieties this virus could generate and if it mutates, then to how many forms. This is called knowing the genotypes of the virus.

How does knowing the genotype help?

Around the world, there is an attempt to develop medicines and vaccines to fight COVID-19. One vaccine or medicine may work on a particular genotype, but not on the other.

How many genotypes have been found so far?

The molecular biologist community across the world could identify 29 genotypes. Unfortunately, in India, we have only found two. There has been no attempt to find out the different genotypes of coronavirus in India. Here, only words like lockdown are doing the rounds.

Could you elaborate on the two genotypes

While the WHO could get 29 different genotypes from a large section of samples around the world, in India we could produce only two samples where two different kinds of genes in the virus were found. India is lagging far behind in detecting the character of the virus, and is therefore clueless about how to deal with it.

So, molecular biologists do not support the lockdown?

I can talk only for myself. I don’t think lockdown is useful unless you use the opportunity to test suspected people. Lockdown makes infected people remain at home. As a result, families are infected. If symptoms persist, they will go to doctors. But in 65 per cent of the cases the symptom is missing. When the lockdown ends these people would come out and infect old and vulnerable people, leading to resurgence of virus.

In 1918 Spanish influenza, which was very pandemic and was the original H1N1, virus did that. It saw peak mortality during resurgence.

Why did the government declare the lockdown?

Only the government would know that. Perhaps it was done out of fear and to replace testing. The WHO repeatedly emphasised on testing. India should have isolated the founder population (who first carried the virus into the country).

What about Italy, Spain and US?

Please do not bracket them with us. Countries like Italy, the US and European countries have an aged population. Sixty-eight per cent of Italy’s population is old (above 60). So, Italy along with Spain felt the heat. Also, Italy did not want to lose its vibrant tourism income. So, it did not prevent the inflow of foreigners.

But they have now imposed lockdown

Do you feel India did not do that?

Not at all. Italy tested around 5,000 people per million of its population, while India tested 18 people per million. If you do not test and arrange for more ICUs, beds or facilities for health care professionals, then what is the purpose of the lockdown?

But we do not have enough test kits.

That cannot be an excuse. We have at least 10,000 molecular testing labs where such testing can be done.

How does that work?

We need the blood samples and a known case sample to compare the gene. It can be done for Rs1,000 or less. In fact, two weeks ago at IISER, we did a cost estimate for the test and it came around Rs700.

But how reliable would that test be?

More reliable than the dubious testing kits in the market. I am astounded to learn that the government has fixed the price at Rs 4,500 per test. Some specific companies have been given orders. We are totally shocked. A section of the corporate world is out to make profit in this critical time.

Have you approached the government?

That is the most unfortunate thing. Our scientific labs are far better than those in many countries. Even organisations like the WHO rely on our research and development. But neither the Indian government nor any state government has consulted us.

But India is following the WHO guidelines.

The WHO said isolate and test. It did not say lock down. India has locked down but is not testing. If you do not test, you will not know the varieties of the virus or its mutations.