India is ramping up production of ventilators 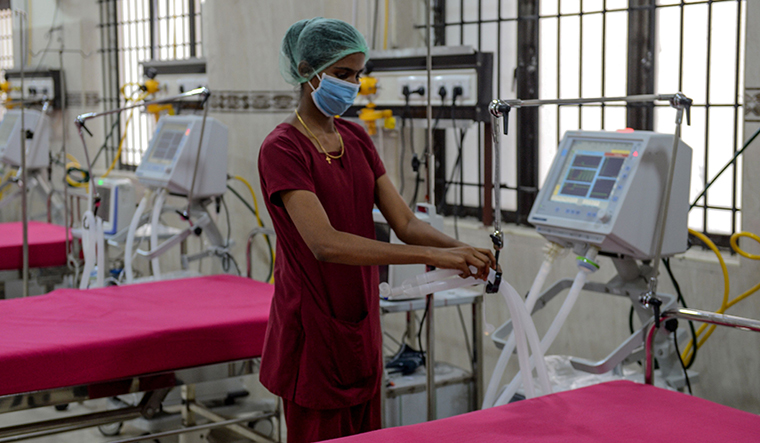 Big worry Just a few Indian: companies manufacture ventilators, and most of them are dependent on imported parts from the west and China | AFP

A week ago, Ashhar Farhan searched his home for a vacuum pump, PVC pipes, valves and an electric board to build a ventilator that could be used by Covid-19 patients. With no prior experience, he started out by holding the vacuum pump hose close to his mouth; his contraption almost exploded when switched on. Soon, Farhan teamed up with the University of Florida and a global network of anaesthetists and engineers. Within days, the group developed Satelliez OSvent, which can be built at a quarter of the cost of ventilators in the market (Rs5 lakh to Rs15 lakh per unit). “We are open-sourcing the schematics and anyone in the world can use it to build the OSvent system in their own labs, factories or even homes, with no payment to us,” said Farhan. And the OSvent is not his first project by far. A ham radio operator, Farhan (VU2ESE) designed the affordable BITX20 transceiver. A startup co-founded by him built India’s first private satellite; the ExseedSat 1 was launched by SpaceX in 2018.

Devices like the OSvent become critical because Covid-19 patients tend to develop acute respiratory disease syndrome, requiring ventilator support. India has about 14,000 ventilators (as on March 30). “If, for example, there are going to be a lakh patients in the coming month, approximately 30,000 will require ventilators within the next month itself,” said Pankaj Gupta, managing partner at EthAum Venture Partners, which is building splitters that can split one ventilator’s oxygen flow between up to five patients.

Less than 10 Indian companies manufacture ventilators, and most of them are dependent on imported parts from Germany, Japan, the US and China—markets badly hit by the pandemic. Vinit Acharya, managing director of Life Line Biz, Ahmedabad, said that there was a shortage of parts from February as China had shut its factories for Chinese New Year celebrations from January 15 to February 1.

The Union government has now banned the export of ventilators and is ramping up production and supply. Bharat Electronics Ltd (BEL) is working with domestic manufacturers to produce 30,000 ventilators. Orders have been placed with international companies like Hamilton and Draeger, and suppliers in China have also been approached for 10,000 ventilators.

Many manufacturers are tying up with companies that have the finances and resources to ramp up production. For instance, Noida-based AgVa Healthcare has tied up with Maruti Suzuki India Ltd and Andhra Pradesh MedTech Zone. With these tie-ups it aims to scale up its production from 200 to 20,000 units a month. “So we are [sharing] our technology and giving our manufacturing licence to others including PSUs with the capability,” says Diwakar Vaish, cofounder, AgVa Healthcare.

Likewise, Skanray Technologies is increasing its production in Mysuru and in Bologna, Italy, to about 25 times its current capacity, says founder and MD Vishwaprasad Alva. It is collaborating with the Indian government and BEL, and is in talks with Mahindra & Mahindra and the Tata Group.

Meanwhile, Prof B.S. Murty, director, Indian Institute of Technology Hyderabad, has an alternative to ventilators—bag valve masks. “[These] are small devices, used to deliver breathing support in emergency situations. They are inexpensive, easy to produce and portable,” says Murty. “It can be manufactured for less than Rs5,000 per unit.”