Spending more seems to be the government’s best option 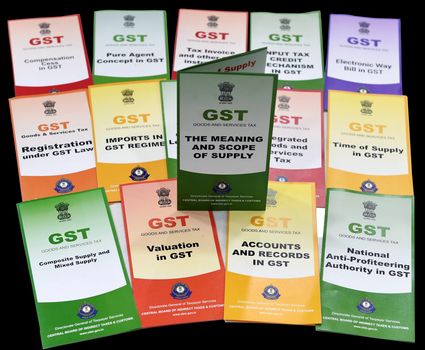 As Finance Minister Nirmala Sitharaman prepares to present the Union budget on February 1, she is faced with a catch-22 situation. If the government decides to spend big to boost the economy, the fiscal deficit (shortfall in government income compared with its spending) is almost certain to go beyond the projected 3.3 per cent of GDP (gross domestic product). If the finance minister focuses on fiscal discipline, the economic slowdown is likely to drag on for longer, especially as the private sector is in no position to start spending.

The government’s revenue collections, via both direct taxes and the Goods and Services Tax (GST), have been below expectations over the last couple of years (see graphic spread on pages 46-47). The fiscal deficit stood at a little over Rs8 lakh crore in the first eight months of 2019-2020 fiscal year (FY20)—Rs1 lakh crore more than the 12-month target. The cut in base corporate tax in September 2019 is expected to boost corporate profitability in the future. But, it will cost the government Rs1.45 lakh crore in revenue in FY20.

Madan Sabnavis, chief economist at CARE Ratings, said that the government has to spend more, but that there were limitations on how much more it could spend because of the fiscal deficit numbers. It is expected that Sitharaman will cut income tax rates, in line with the corporate tax cut. However, she has little wiggle room, given the already lower-than-expected tax collections.

“As of November 2019, net tax revenue collection is 45 per cent of the budget estimate,” said Anagha Deodhar, economist at ICICI Securities. “Although, we expect growth to pick up modestly in the second half, it is unlikely to make up for weak collections till November.” Deodhar expects the actual tax revenue collection to fall short of budget estimates by Rs2.6 lakh crore. Economists at Nomura Securities expect the shortfall to be a massive Rs4.2 lakh crore.

In 2019, the Reserve Bank of India transferred Rs1.76 lakh crore to the government as dividend payment. The government may seek another interim dividend payment to bridge some of the revenue shortfall. It is expected to receive over 01 lakh crore in adjusted gross revenue (AGR) related dues from telecom operators, after the Supreme Court ruled in favour of how the government defined AGR. However, the telecom companies which are already struggling may not be able to cough up the dues, unless they get some relief from the government.

Apart from tax collections, the government raises funds each year through divestment of stake in public sector units. The government had set a target of raising Rs1.05 lakh crore through divestments in the current financial year. However, as of November 2019, it managed to raise just Rs18,000 crore, said Deodhar. There are also plans to sell strategic stakes in state-owned companies like Bharat Petroleum Corporation. The process to sell Air India has also been restarted after the first attempt failed.

Mahesh Patil, chief investment officer, equity, Aditya Birla Sun Life Mutual Fund, said that there is money in the global market and that it will come in if we are able to showcase the strengths of some of the public sector undertakings. However, as it is a time-consuming process, it is expected that some of the stake sales will be pushed into the next financial year. And, that would further crimp the government’s revenues this year. “So, some kind of moderation in government spends would be there to keep the overall fiscal deficit under check,” said Patil.

It is not just the weak revenue growth that is worrying. Retail inflation has shot up in the last couple of months—Consumer Price Index skyrocketed to 7.35 per cent in December from 5.54 per cent in November, primarily driven by a surge in vegetable prices. This is well above the RBI’s medium-term target of 4 per cent, plus or minus 2 per cent. Government schemes like giving Rs6,000 a year to eligible farmer families may not help consumption, given the cost of vegetables.

Instead, if there are tax cuts for the higher income groups, that could drive big-ticket purchases like cars and houses. Some analysts said the GST council may look to push for an increase in rates on some unessential commodities to boost revenue. But, that could also prove counterproductive. “It is a tough balancing act and honestly I do not think the government can kickstart the economy in a big way,” said Sabnavis. “The private sector has to chip in, which they are not going to do because companies still have surplus capacity.”

Analysts said the government should focus on growth and not be too worried about the fiscal deficit target. The RBI had reduced the repo rate from 6.5 per cent to 5.15 per cent. However, banks have not yet passed it on fully and now with increasing inflation, another rate cut may be off the table. “Given the current situation, it makes sense to keep the deficit consolidation on hold for the time being,” said Deodhar. “Monetary easing has not had the desired effect on growth so far. Hence, fiscal support will have to do the heavy-lifting.” Manishi Raychaudhuri, head of equity research for Asia Pacific at BNP Paribas, said that the government would be well-advised not to fixate on the fiscal deficit target. “But, even if the decision is that we are going to spend more, the market would look at where the money is spent.”