Reforms need not be big bang 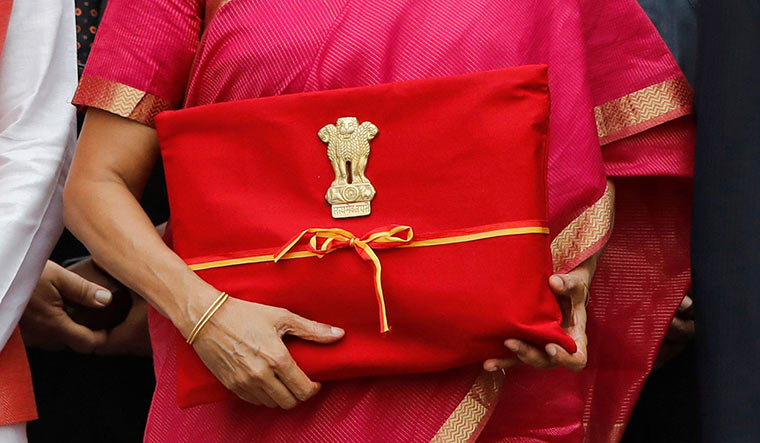 There has been discussion among economists on the nature of the slowdown, with some leaning towards structural reforms, and others towards demand constraints. It is not quite a binary it is often made out to be, and there are elements of both. For instance, in the high real growth years (9 per cent plus), the contribution of export growth to growth was at least 3 per cent. With that taken away, and the world economic growth somewhat uncertain, we have a trajectory of around 6 per cent. With or without the $5 trillion target, this is not enough. There are endogenous sources of growth that can drive up all-India growth rates to 8 or 8.5 per cent, even if the global environment is somewhat unkind, but those require structural reforms. Lists prepared by proponents of the structural view on the reform agenda are not remarkably different from similar lists prepared around 1991. That they have been pending for such a long time illustrates the difficult political economy of the process.

The expression “reforms” is indiscriminately used, but what constitutes reforms is often a function of the prism one uses to view policy changes. Reforms are about choice, competition and transparency. But in the process of transparency and cleaning up, there can often be short-term dips in growth, compensated by longer-term efficiency gains. For instance, it cannot be anyone’s case that RERA, GST, IBC, clamping down on shell companies, disciplining NPAs, or breaking the politician-businessmen-banker nexus were undesirable. The growth of the financial sector cannot be disproportionately high, compared with the real sector. But this is probably what happened in the 1990s and there is some reality check on the financial sector now. Such phenomena manifest themselves in the form of a demand slowdown.

Accepting that diagnosis, what should one do? Surely, the argument is not one of rolling back reforms. If one is interested in a simplified tax system, should there be sectoral fiscal concessions, which not only distort resource allocation, but are also amenable to lobbying?

Proponents of the demand constraint view argue for counter-cyclical monetary and fiscal policy. Real interest rates are, indeed, too high, but it is also true that interest rates now reflect a wider differential in risk premiums, depending on the nature of the borrower. Reforms should bring down the base real interest rate, but the differential in risk premiums is a different matter. There are also issues of monetary transmission and demand for credit. With excess capacity, at least in some sectors, demand for credit is probably more of a constraint than cost of credit.

Counter-cyclical fiscal policy is constrained by fiscal consolidation compulsions. We went through a period of fiscal profligacy in the 1980s, contributing to the balance of payments crisis of 1990-91. Beginning in the second half of the 1990s, the consensus on fiscal rectitude was achieved with a great deal of effort. No one is making out a case for a fiscal deficit fetish, or rigid compliance with FRBM targets. The point is that fiscal profligacy has costs, often reaped by future generations. The scope for expansionary fiscal policy is limited. The fiscal deficit is expressed as ratio of GDP. With a slowdown and lower inflation (which is a positive), the numerator of revenue has suffered, while the denominator of GDP is lower. Therefore, even if absolute expenditure is not compressed, the ratio will be higher.

When the GST was introduced, the average revenue neutral rate was expected to be around 16 per cent. The current average rate is around 11.5 per cent. Without getting into other complications of GST, indirect tax revenue has suffered. The number of income tax assessees might have increased to almost 58 million. However, this does not result in a commensurate increase in tax revenue because of exemptions. GST changes are the prerogative of the GST Council. Therefore, the next big reform in taxation will be removal of exemptions for personal income taxes, perhaps along the lines of choice, as was done for corporate taxation. In other words, there will be a lower rate if one is willing to let go of exemptions.

Often, it is not appreciated how constrained the Union government is, on both revenue and expenditure. On the expenditure side, many items (14th Finance Commission devolution, revenue compensation to states because of GST, centrally sponsored schemes with legislative backing, salaries and pensions, interest payments) are fixed in the short term. As I said earlier, budget day is only one day out of 365 and what is done on that day is expected to continue with policies initiated since 2014. Therefore, expenditure on better physical and social infrastructure for deprived regions and segments is also a given.

In this balancing act, when we think of “reforms” in the context of the budget day, what do we mean? Had the final recommendations of the 15th Finance Commission been submitted, one might have expected a revamp of Central sector and Centrally-sponsored schemes. But that expectation may be premature. Personal income tax reform is a possibility.

One can expect a clean and transparent statement of budget numbers. Since this will mean a deviation from the original goal of deficit reduction, one expects a clear and credible statement of how fiscal consolidation will happen in the next three to five years, a bit like a medium-term fiscal policy. One expects a clear timeline for future privatisation of Central PSEs, recognising that land often belongs to state governments and has been obtained from states on lease. Monetisation of assets is one way to plug shortfall in tax revenue. One expects the budget speech to provide a narrative of the government’s economic policies. This does not sound like big bang. But reforms are typically steady-state.

—Debroy is chairman of Economic Advisory Council to the Prime Minister.

* The allocation for NREGA for every state should be doubled.

* Normal ceilings on borrowing for reconstruction post natural disasters must be relaxed.

AS TOLD TO CITHARA PAUL