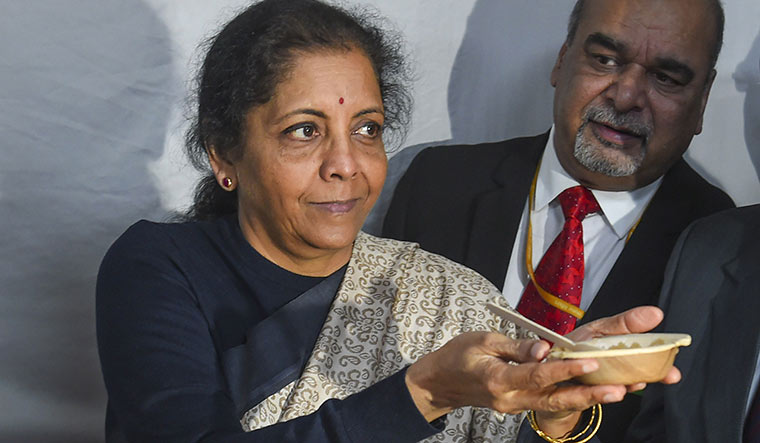 The past six months have been tough for the Indian economy and Nirmala Sitharaman.

The Union finance minister has been firefighting ever since she presented her first budget last July. Soon after the budget, she undertook several meetings with stakeholders to assuage their concerns, and announced 32 decisions to rev up the economy, including the withdrawal of some of her budget proposals. As she prepares to present her second budget, she has to factor in not only the prevailing economic woes, but the government’s political intent as well.

Her big challenges this time: lift the business spirits, boost investor confidence and put more money in the hands of the middle class and the poor through tax cuts and big investments on infrastructure, housing, education and health.

The BJP has great expectations from the budget. Its electoral graph has taken a downward curve since its huge victory in the Lok Sabha elections in May. With Delhi and Bihar going to the polls soon, and a slew of assembly elections due next year, the party wants the government to take urgent steps to revive the economy, before the slowdown ends up reviving the opposition.

Since May, the Narendra Modi government has been pushing its ideological agenda, with Union Home Minister Amit Shah leading the charge. The government’s social agenda, which was the highlight of the previous term, has been pushed to the background.

The shift in the government’s economic thinking became apparent when Modi refused to join the Regional Comprehensive Economic Partnership, a free-trade pact that would have opened up Indian markets to goods from Asia-Pacific countries, especially China. The government assessed that Indian manufacturing and agriculture would struggle to deal with the influx of competition, which RCEP would have facilitated. The proponents of RCEP decried the decision as protectionist. Rightly so, because the BJP had in mind the interests of its core vote bank—farmers, traders and businessmen.

By choosing not to unleash the economy’s animal spirits, the government seems to be taking a conservative approach. Its cold-shoulder to Amazon chief Jeff Bezos, who recently visited India, showed a similar intent. Amazon has been accused of predatory pricing, with many RSS affiliates leading the charge against the e-commerce behemoth. This year’s budget could reflect the government’s new resolve—boost growth by strengthening India’s micro, small and medium enterprises sector.

Apart from Sitharaman, Prime Minister Modi and Commerce Minister Piyush Goyal have been reaching out to industry leaders. For the first time, the BJP held separate pre-budget meetings to elicit views from the industry. Discussions were held on 12 different sectors and topics, including agriculture, food processing, real estate, automobiles, pharmaceuticals, heavy industries, telecom, the Goods and Services Tax and the Insolvency and Bankruptcy Code. More than 200 economists and stakeholders took part in the talks, and their consensus views were presented to Sitharaman.

“There are policies for all sectors,” said Gopal Krishna Agarwal, the BJP’s spokesperson for economic affairs, who steered the meetings. “It is the implementation part of these policy decisions—better delivery of social schemes and reforming the regulatory frameworks—which most people are insisting on.”

Agarwal said no stakeholder asked for a fiscal stimulus. A key suggestion was to strengthen the food processing industry, to boost agriculture and rural economy. Other major proposals include strengthening the bond market and improving the line of credit to non-banking financial companies, which will solve the liquidity crisis in the MSME sector.

Slashing personal taxes to boost consumption was another big idea. Sources said the government may not go for big changes, as it may impact the revenue collection. But some tax incentives are expected, as a reward to the middle class that had voted to reelect Modi. Last year, Sitharaman cut corporate tax from 35 per cent to 25 per cent.

The education sector is also hoping for increased allocations. Though the government has promised more IITs and IIMs, there has not been big-ticket announcements benefiting schools and colleges. “There should be lower interest rates on higher education loans, and special tax regimes for teachers and researchers to incentivise the profession,” said Niranjan Hiranandani, chairman, Federation of Indian Chambers of Commerce and Industry.

The budget may also have incentives aimed at mollifying the student community, which has been up in arms in recent times. “These protests are a conspiracy to derail the economy and affect investor sentiment,” said BJP general secretary Anil Jain. “But the government and the party will soon be able to change the perception of the protesters.”

As J.P. Nadda takes over from Shah as party president, the BJP is facing the challenge of addressing concerns of its key voters. This year’s budget—which is the third in a year, counting the interim budget presented by Piyush Goyal last February—would be a handy tool for the task at hand. Goyal had announced big-ticket schemes, tax sops for the salaried class, and income and pension schemes for those working in the unorganised sector. The target groups richly rewarded Modi a few months later in the Lok Sabha polls. But when Sitharaman’s full budget focused on boosting tax revenues, the industry responded with a liquidity crunch.

This time, she could well take her cue from Modi’s mantra for his second term. On May 23 last year, hours after the election results were out, Modi said, “Only two castes will remain in India. Poor, and those who are doing something to bring the poor out of poverty.”