It is time to appoint governors unconnected to political parties 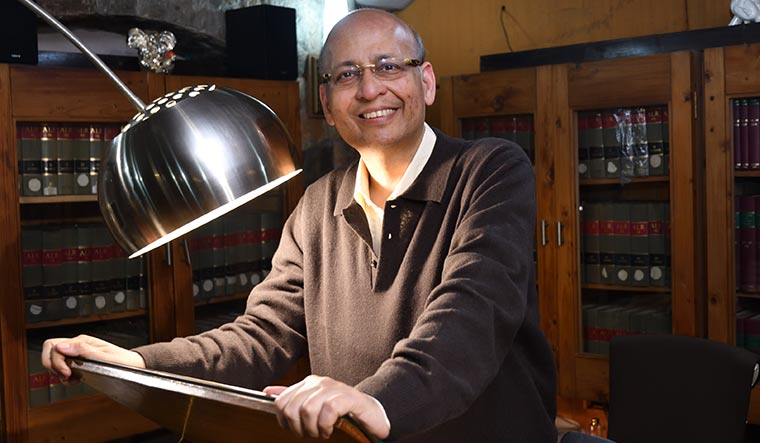 SENIOR CONGRESS LEADER and lawyer Abhishek Singhvi, who was leading the legal fight in the Supreme Court, termed the court’s order the best gift it could have given the country on Constitution Day (November 26). Edited excerpts from an interview:

Do you feel vindicated by the Supreme Court order?

This case is a fascinating cocktail of the worst in Indian politics and Indian law and also the best. The desperation [of the BJP] to have one more state under the belt led to completely unconstitutional manoeuvres. Contentions in the court included non-reviewability of the governor’s discretion and non-appointment of pro tem speaker. These questions have already been decided in so many cases. It was complete opportunism by the losing party to have even raised these contentions.

The fact that those who had laid claim to the high offices of chief minister and deputy chief minister could produce mere signed lists without a single covering letter shows the level to which they stooped. Constitutional authorities—the offices of the governor, the prime minister and the president—have mud on their faces. The shining exception to this was the best gift which the constitutional court could deliver to India on Constitution Day.

What bearing does this case have on the governor’s office?

It is time to consider the appointment of persons completely unconnected to political parties as governors, maybe Nobel prize winners, eminent academics or scientists. That, however, is an idealistic notion, which I have grave doubts will become reality, at least in my lifetime.

Are we not witnessing a flurry of political fights making their way to the courts?

When constitutional morality becomes a mere buzzword for those in public life, when ethics becomes merely a slogan, when you blindly see the text of the Constitution while ignoring constitutional silences and constitutional spirit, then it is but inevitable that citizenry will turn to courts. When the courts uphold that faith, they are truly acting in the best traditions of both democracy and the Constitution.

Are you confident that the unlikely alliance will succeed?

The reason I am confident is that considerable time was taken for fine-tuning and calibrating this coalition in terms of principles, policies and state interests. We tried to stitch together a very principled alliance. Therefore, there is no reason to be pessimistic.