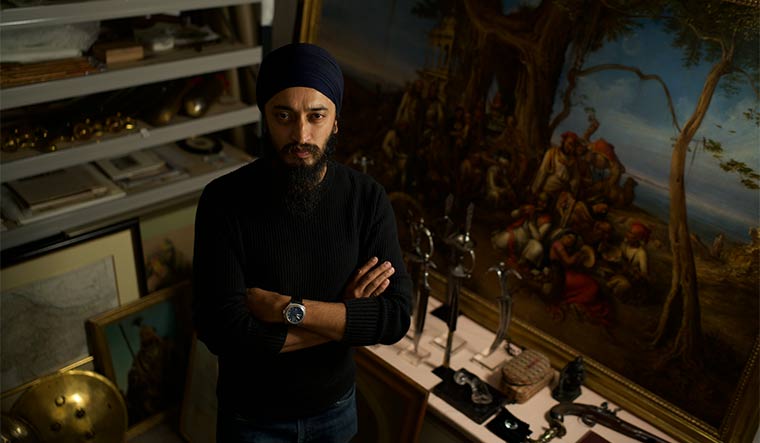 Davinder Toor’s search for identity has involved buying a cannon. The bronze howitzer, assembled in Lahore in the 19th century, was used in the decisive Battle of Gujarat (1849) between the Sikh empire and the East India Company. Brought back as a trophy after the Sikhs were defeated, the cannon would have been pulled by eight horses.

“It is a formidable object,’’ says Toor, over the phone from London. This is the only Sikh cannon in private hands. “Even though it is a weapon of war, it is very beautiful. Even as a piece of history, it is amazing,” he says, with evident pride.

At 18, Toor was a volunteer at the Victoria and Albert Museum's exhibition on Sikh art, which had objects that offered tangible proof of the wonderful stories he had heard of his past. And, the power of objects to tell a story was not lost on Toor. It started him off on his own journey. “To see the object and relate them to the stories I knew was wonderful. The next revelation to me was that you could still acquire stuff, if you looked in the right places,” he says.

Over the last 20 years, Toor has done just that. The 38-year-old has one of the largest collections of Sikh art—from jewellery worn by Maharani Jind Kaur, miniatures, paintings and pictures to swords, daggers and a rare Sikh tiger claw, a weapon that was worn like a ring on the hand and meant to gouge out the eyes of the enemy. “On an average, Sikh objects will fetch eight or ten times the (price),” he says. “The reason is that there is an increased interest. Also, there is a rarity and scarcity because they were not made for a very long time. They were really made only for a period of 50 years, roughly during the reign of Maharaja Ranjit Singh.” 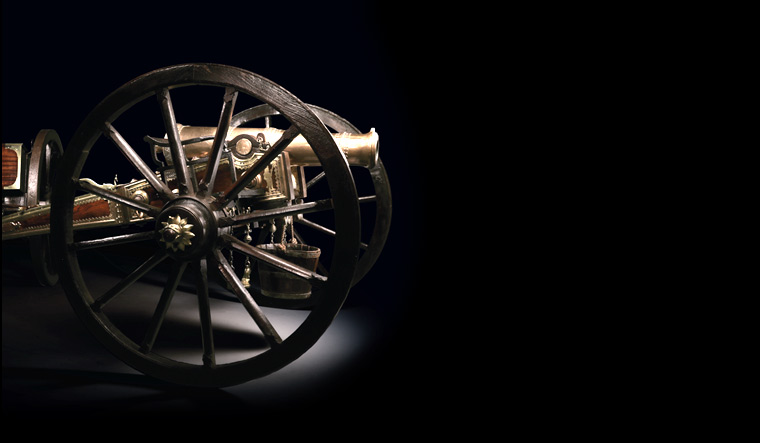 The cannon, part of the Toor collection, was used in the Battle of Gujarat

From a painting that was part of the Merchant Ivory Collection to the sword commissioned by Lord Hardinge following the victory in the Anglo-Sikh War, Toor now has close to 500 objects. “Sikhs in the UK are quite wealthy and entrepreneurial. I have travelled widely, but I could not see anybody making a concerted effort to go back and preserve heritage,” he says. “I was in a world where Islamic art museums are well established. The various museums bid quite aggressively to acquire the best objects.”

If the cannon has been his biggest buy, both in terms of size as well as expenditure, his first purchase, a dagger, was the cheapest, says Toor. He acquired it with a loan from his brother for £60 (around Rs5,500). Later, he found it was made for the tourist market, but it came with a lesson that was invaluable. “I cherished it, cleaned it and restored it. It was kept on the top of the cupboard in my room and every now and then I would get it down and have a look at it. And, it really just transported me to a different time,’’ he says. “One day, my father came in and saw me looking at the dagger. He asked me about it. Then, he said, ‘Take it down from the top of your cupboard, and bring it downstairs. And, when anybody comes over, talk to them about it'.”

This lesson stuck. Objects were useless unless you told the story behind it. “The object was a vehicle to share knowledge,” he says. And, the cannon and other objects that Toor has acquired are at the centre of the stories he wants to tell—the defeat of the Sikhs in the Battle of Gujarat and the end of the Sikh Empire, still an emotional subject in Punjab, along with the loss of the Koh-i-Noor.

In his collection is a significant, if poignant, piece of paper that has immense historic as well as emotional value—Lord Dalhousie’s copy-receipt for the Koh-i-Noor diamond. The paper confirms that Dalhousie received it from the hands of Duleep Singh’s guardian, Dr John Spencer Login. The diamond, along with large parts of Punjab, was handed over to the East India Company through the Treaty of Lahore. The diamond is shown, in miniatures that Toor has, as being worn by Ranjit Singh’s son Sher Singh at the height of the glory of the Sikh Empire—the miniatures and the copy-receipt representing the rise and fall of the empire.

“The natural progression really is that all these objects belong in a museum. They are far bigger than me. They have been around before I was born and they will continue to be around after I die,” says Toor, who has an exhibition in Toronto in 2021. “I need to think about the legacy and what this whole journey has been about.”