In tech we trust 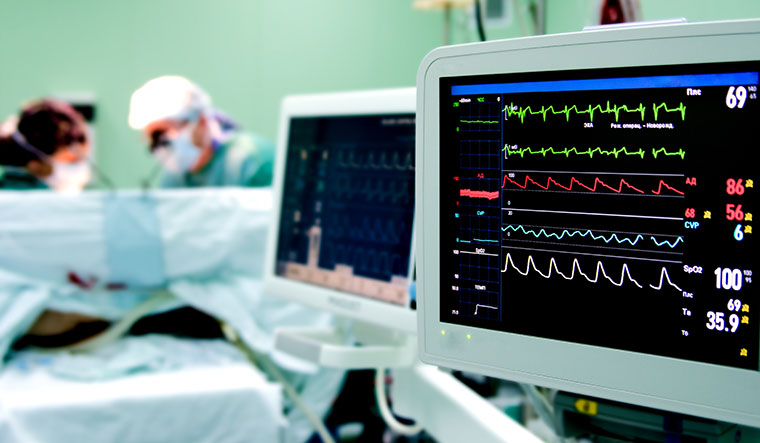 I GLANCED OVER at the clock as we finished the procedure and broke scrub. It was a procedure involving the treatment of the mitral valve leaflets, which were causing a leak, using a simple clip, something that almost looks like a clothesline clip, but costs US$30,000 (around Rs21.35 lakh). The MitraClip procedure was clearly the most complex procedure I was involved with and its complexity lay in the part that its success depended on different team members.

Our journey had started five years ago, when we went back to train in structural heart in Munich. Structural heart interventional cardiology is fixing the bigger structures in the heart, like valves and other chambers, without open surgery. Interventional cardiology is a relatively young branch of medicine and involves a year of additional training after a three-year cardiology fellowship. The first angioplasty was only done in 1977 by the enigmatic and brilliant Dr Andreas Gruentzig, in Zurich, for which he was nominated for a Nobel Prize. Coronary stenting was developed in the mid-1980s. Structural heart is a recent addition, and involves an additional two years of interventional cardiology as part of our fellowship. With technology changing radically, we had to dedicate a full month of retraining to practise and be proficient with the new technology. While the ongoing training does build on an existing skill set, it is clearly out of our comfort zone and incredibly stressful, but it is the only way to grow.

When we got back from Munich, we selected a team and after multiple group training sessions and dry runs, we did our first aortic valve replacement. Our first transcatheter aortic valve replacement was in 2016. The procedure was only approved for patients who were at an extremely high risk for surgery. The first case was a big deal, with close to 15 people in the room, something like an orchestra. Recently, the Food and Drug Administration approved the procedure for everyone. It is now a routine procedure, and 90 per cent of the cases are percutaneous (through the skin), and there are only six team members.

The mitral valve is a different kettle of fish and is much more complicated than the aortic valve, which is pretty much a pressure valve. The mitral valve is a more intricate, sophisticated structure and is very delicate, attached to the pumping chamber by fine chords. When I first went for a course in Seattle, I could not wrap my head around the technology. With time and more structural experience, I started to get it and felt we were ready.

The MitraClip is an engineering marvel. Think of grabbing on to two leaflets in a heart from outside the body with an ultrasound image to guide you. The process has about 200 steps to completion, but the human brain and muscle memory are extraordinary and with time it is becoming second nature. To get to the valve, we have to come from the right side of the heart, and poke a hole to get to the left side. A half a centimetre error on the area where you poke through and the procedure can turn into a nightmare. When done, it is a venous procedure, where no contrast is used unlike all other procedures we do on the heart; the patient is up in four hours and walking. There is no stopping the heart or cardiopulmonary bypass. 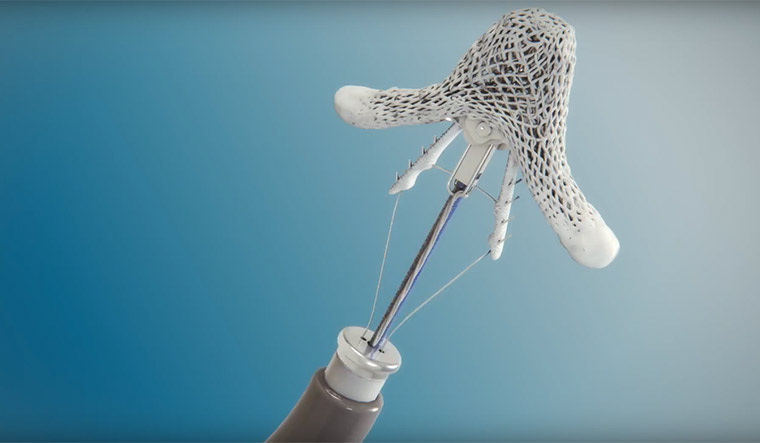 The MitraClip (in picture) is an engineering marvel. Think of grabbing on to two leaflets in a heart beating less than every second from outside the body with an ultrasound image to guide you.

The other members of the team are a cardiothoracic (CT) surgeon and a cardiac anaesthesiologist. They have had to go back to the painful and exciting learning board, too. The CT surgeon and neurosurgeons are the top of the food chain surgeons. My CT surgeon colleague has had to reinvent himself, as there is a paradigm shift to the usual cut and fix approach. There are more than 10 new technologies already coming down the pike for all the cardiac valves. We have worked together for more than a decade and bring different minds to the table and when we are in full flow, it is a beautiful thing, like a coordinated orchestra. We now can work on a complex case barely speaking to each other, as we understand each other so well. The procedure requires us to see through the eyes of the cardiac anaesthesiologist. They control the imaging; we are completely blind without them. It is our hands, their eyes and multiple brains working on one patient.

The other interesting turn in this new technology-driven medicine is the device representative. I had spoken to the rep assigned to us on the phone initially and he seemed to know the subject very well. We had a shared passion for running, though he was much faster than I ever was. When I first met him, I was surprised to see a young man in his late 20s and wondered whether he would be able to cope with the other strong personalities on the team. I need not have worried; his grasp on the technicalities of the device was amazing. There was a time when all three of us doctors on the case with over 40 years of combined experience turned to him and asked him for his opinion. He did not flinch and was able to calmly guide us through the problem. The device reps work with multiple physicians and are able to pass on little nuances across different teams. The interplay between someone who has never worked on a patient but knows the technology and an experienced doctor who knows the human body is really a sight. These reps are as integral and responsible for the success of a programme as the rest of the team.

The industry targets the most talented pool on our team of scrub assistants and they go on to become device representatives. I do not grudge this turnover, we train new assistants. It is a step up for everyone involved. The only hard truth is that we are all replaceable. Our eyes will fatigue, our muscles will tire faster, that little tremor in your hand will creep in, and you will have to pave the way for the next generation. Andreas Gruentzig and his generation paved the way for us. Dr Greuntzig, like most geniuses, died young in a plane crash at age 46 while piloting his own plane. I think he would be proud of this new era of medicine that he was instrumental in starting.