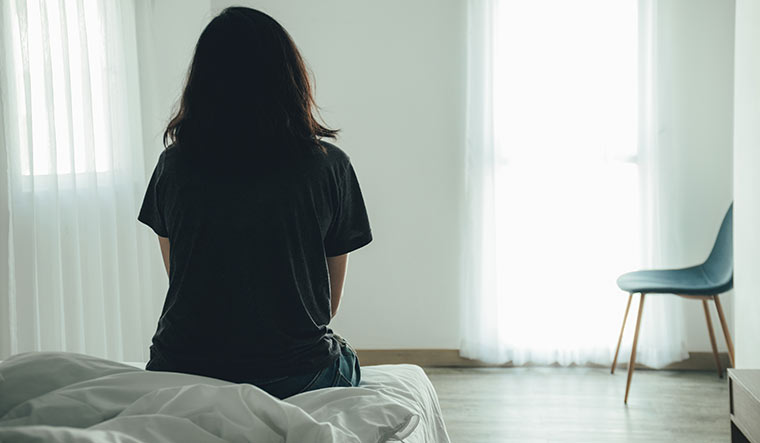 IN AUGUST, SITAR player and composer Anoushka Shankar decided to do what she referred to as “flashing” her “lady bits”. She wrote an elaborate social media post about her recent hysterectomy, which was followed by another surgery to remove tumours from her abdomen. Shankar explained that she opted for uterus removal because of large fibroids. The fibroids made her uterus as big as if she were “six months pregnant”. She also had 13 tumours in her abdomen, one of which was visibly protruding from her stomach.

In the post, Shankar also revealed her “gynaecological CV”—painful and prolonged periods, migraines and a post-caesarean infection, apart from the fibroids and uterus removal. She noted how her struggle with her health problems was complicated by the “silences” around issues of women’s health, particularly when it comes to their reproductive health.

Most doctors and women themselves attest to the fact that a “culture of silence” exists, resulting in a neglect of their ailments even when the symptoms demand careful investigation. “Women in our country suffer in silence. Since they neglect their health issues, it seems they have too much tolerance for pain,” says Professor (Dr) Sunita Mittal, director and head, department of obstetrics and gynaecology, Fortis Memorial Research Institute, Gurugram. Mittal, who worked for several decades at the All India Institute of Medical Sciences (AIIMS), Delhi, says women often delay a visit to the gynaecologist and ignore the red flags that could signal a host of conditions ranging from cancers to infertility. “Symptoms such as pelvic pain, dirty discharge, irregular bleeding, especially post-menopausal bleeding, all of these need to be diagnosed correctly, and in time,” she says.

Most women delay seeking medical help unless the symptoms are alarming, says Dr Richa Dewan, senior consultant physician, Sir Ganga Ram Hospital, New Delhi. “Homemakers, irrespective of their financial status, fear financial burden and stigma. Most depend on their family members or spouses to accompany them to the doctor, and many times, the family members communicate with the doctor,” she says. For working women, it is often the work pressure and the fear of stigma that prevents them from seeking care, she adds. “Common ailments that affect them include vitamin B12 and vitamin D deficiencies, neck and back pain, hypertension and diabetes,” says Dewan. “Other common ailments include hypothyroidism that causes fatigue, weight gain, dyslipidemia (abnormally elevated cholesterol or fats in the blood) and intolerance to cold.”

This culture of silence and the social factors that hinder women from seeking health care came through in a recent study published in the British Medical Journal this August. This study of the “missing female patient” was based on an analysis of the AIIMS outpatient database, and revealed that the women to men ratio at OPD consultations across different specialities stood at 1.69 male to one female visit. “We had the largest database, and our study was the first of its kind,” says Dr Ambuj Roy, co-author of the study and professor of cardiology, AIIMS. “We found that the skewed gender ratios remained consistent across the states, and became worse in extreme age groups (younger and older), which is worrying because that is where a higher degree of health care is needed.”

Roy attributes the reasons of the gender bias in seeking health care to a multitude of reasons, including prevailing social biases that become particularly evident when there is a scarcity of resources. And that has been even more evident in his own speciality—cardiac care. A 2011 study done on children with congenital heart disease at AIIMS found that the likelihood of male children receiving corrective surgery is 3.5 times higher compared with a female child. 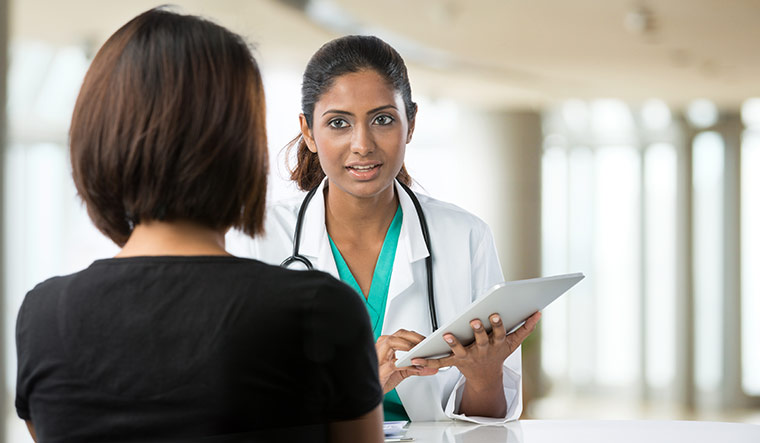 When it comes to heart disease, perhaps the gender bias continues well into adulthood. “Studies have proven that the death rate due to heart disease is the same in both men and women. Still, there seems to be a belief that less women suffer from cardiac issues,” says Roy. Studies done in the west also point to less women getting device interventions such as coronary stents and pacemakers, adds Roy.

Dr Aparna Jaswal, additional director, cardiology and electrophysiology, Fortis Escorts Hospital, Delhi, says that one of the reasons behind less women seeking cardiac care is because the symptoms of heart disease in women are “atypical”—instead of a pain in the centre of the chest, upper arms and jaws, the symptoms of a heart attack in women will include fatigue, nausea, vomiting and breathlessness, and are often mistaken for other conditions.

Jaswal concurs that though female hormones have a protective effect (in pre-menopausal women), those trends are changing because of sedentary lifestyles, unhealthy diets, stress, a rise in the number of women who smoke and use alcohol, and even air pollution. “As a result, women are losing that protective edge because now menopause is also advanced,” she says. “Earlier, the age group that would turn up with heart disease would be in their 60s, now the women are in their 40s.” 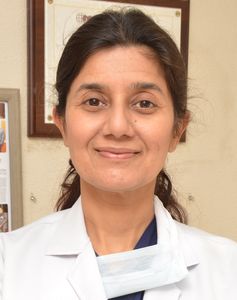 For Neha Sharma, 33, a resident of Rohini in Delhi, though, the signs were far from atypical, as was the buildup of all her health issues. In August, she was going about her household chores when she experienced a sharp pain in the centre of her chest—a symptom that she dismissed as “acidity” for at least 24 hours. “It was a Sunday, and I just drank up some antacid to soothe the discomfort. By Monday, however, I could not take it any longer, and consulted a general physician. He suggested that I be rushed to a hospital,” she says.

Sharma went to a premier hospital in Delhi and after a few tests, underwent a stenting procedure for her ailing heart. “Doctors said I was living an unhealthy life,” she recalls. “I weighed 78kg, and am 5 feet 2 inches tall. I had food cooked liberally in oil and ghee, like most Indian households, and did not exercise much. Plus, I had work stress. I am a banker and my typical work day stretches up to 12 hours.”

Sharma, however, also had another kind of stress that possibly took a toll on her physical and mental health. Five years ago, she started undergoing in-vitro fertilisation (IVF), one that did succeed at the end of two years, but not without her undergoing extreme emotional and financial stress, as also subjecting her body to a high dose of hormones. “I underwent five intrauterine insemination procedures, and two IVF cycles,” she says. “I spent about 015 lakh on the procedures and the medicines. There was hardly an inch left in my body that was not jabbed by the needles from the hormonal injections that they gave me through the treatment.”

Dr Surveen Ghumman Sindhu, infertility specialist, Max Healthcare, says IVF treatments should not be done in isolation and require multi-specialty expertise. “Since the procedure involves administering a high dose of hormones, the side-effects include cardiometabolic stress and increased risk of thromboembolism (blood clot inside a blood vessel),” she says. “A high dose of hormones administered during the IVF procedure results in water retention, a higher blood volume, and stress for the heart. And the older the woman is, the more care needs to be taken.” Besides, IVF pregnancy involves high risk, and patients need to be counselled about it, especially when the procedure does not succeed.

Lifestyle changes have also meant that women are more exposed to risk of getting cancers of the endometrium and the breast, says Dr Sarika Gupta, consultant, gynaecology-oncology and robotic gynaecology, Indraprastha Apollo Hospitals, New Delhi. Though newer drugs, better radiation treatments, lesser invasive surgeries (such as sentinel lymph node biopsy) in the case of breast cancer have helped women patients, doctors such as Gupta and Mittal insist on annual screenings and frequent check-ups at the first sign of a lump or pain or unusual bleeding. “In the case of cervical cancer, the rates have come down because of factors such as heightened awareness on hygiene and screening,” says Gupta. “Awareness on other fronts is also necessary to detect the issues early and undergo appropriate treatment.” 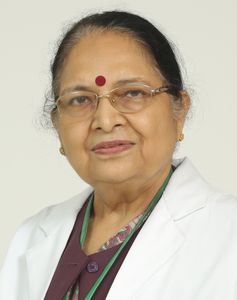 For a large majority of women, access to contraception and safe abortion, especially medical abortion, also remains a challenge, and they need to be reached out to as well, says Mittal. “Awareness needs to be increased on the contraceptive pills that are now available that have less doses of hormones, and hence less side-effects,” says Dr Nandita Palshetkar, president, Federation of Obstetric and Gynaecological Societies of India. “These can be used to treat acne and hirsuitism that are symptoms of polycystic ovary syndrome, cases of which are rising in the country.” FOGSI has launched a website to increase awareness on issues concerning women’s health. “To begin with, the website will have 30 videos on all issues that concern pregnant women,” says Palshetkar.

Awareness needs to be increased on yet another front—mental health. “We are seeing a rise in self-harming behaviour, at times with girls as young as 12-13 years of age,” says Dr Sameer Malhotra, head, department of mental health and behavioural sciences, Max hospital, Saket and Panchsheel Park. “Modern lifestyles have meant that more young women are suffering from eating disorders, and there is a rise in substance abuse as well, especially in the mid-socioeconomic category of women.”

Sharma offers some insight into the particularly stressful lives of modern young women, especially in the metros. “The stress of having and keeping a job and the added responsibilities at home for women make life tough for them,” she says. “For many of us, this happens especially after marriage, when the responsibilities on the home front increase exponentially, and you are not even prepared for it.”

Sharma says her family was supportive of all her health issues, starting from the infertility treatment to the sudden onset of heart disease. She knows not everyone is that lucky. “Life,” she says, “is still difficult for most women in this country.”