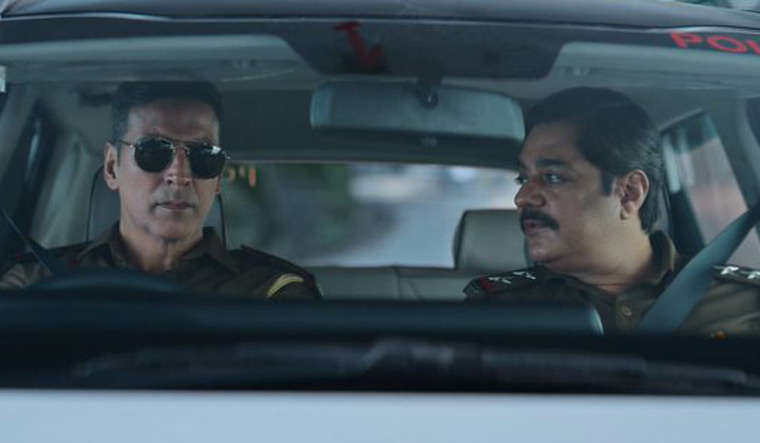 The 2018 Tamil film Raatchasan was a gripping, suspense-laden, edge-of-the-seat thriller that could keep you hooked right till the end. Akshay Kumar's Cuttputtli, a remake of the Tamil movie and Bollywood's latest offering on Disney Hotstar, is the complete opposite.

The first half is a slow and tiresome watch; a soulless drama that better fits the masala rom-com category. It is only towards the second half that the 'thriller' begins to come into focus but by the time one can devour the investigation and the analysis, the film nears a haphazardly and hurriedly executed ending. Cuttputtli is a victim of its own creation; a fantastic plot wasted by Akshay Kumar's larger than life screen presence and his desperate need to be at the centre of the proceedings, always.

The story revolves around Akshay Kumar (Arjan), a junior cop who gets the job of a sub inspector on compassionate grounds and must hunt down a serial killer based in a small town of Himachal Pradesh who targets young teenage girls only to kill them in the most gruesome manner and leave his mark behind. The problem is that the narrative in this low-key whodunit is far from convincing given that his character arc lacks realism and depth. Here is the story of an underdog, who, despite being much junior in the hierarchy, emerges as the smartest one in the entire police force, the only one to understand basics of investigations, and establish a basic comparison between two successive murders—the all-knowing superhero. All others in the story are shown to be dumb.

Kumar plays 36-year-old Arjan Sethi, an aspiring filmmaker who is passionate about criminal psychology, and joins the police force after his film script based on serial killers is rejected by Punjabi producers. The rest of the film is a cop-and-killer-chase peppered with a totally dated and unnecessary song sequence that not only dilutes the plot, but also seems out of place. Why are all the other characters surrounding Kumar always come across as extremely daft, dull and dumb? The answer is, to make Kumar look smart, sincere and the most capable. It is because of this and this alone, that the film fails to make a mark despite a rich story line.

To witness how this wonderful story line in the genre of a crime thriller is best dealt with, one must after all watch the original. It was executed way better.