Liger review: This confused crossbreed is not worth the hype 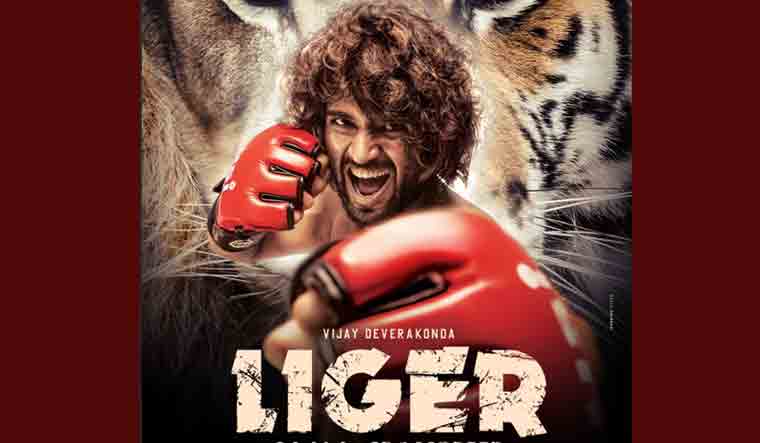 Liger, directed by Puri Jagannadh, with its very showy promotions and starry cast could have been an engaging bildungsroman of a “chaiwala fighter” but instead lets viewers down with perfunctory characters of an unconvincing rogue and a weak storyline.

The movie begins with Liger (played by Vijay Devarakonda whose abs, more than his acting chops, stole the show) with his shabby mane and poster shirts of his hero Mark Anderson and his overearnest widowed mother (Ramya Krishna who still seems to loitering as Rajmatha Sivagami ) shifting to Karim Nagar, Mumbai. Both are hell-bent on making him a champion—the “mix-breed” prodigy of a father who died in the ring and a strong-willed mother. The character has a twist though, he stammers except when he says determinedly “Fighter”.

The chaiwala fighter manages to get trained by doing odd jobs but constantly gets picked on due to his stammer and aggressiveness. When you start to feel like the story is going somewhere, herein enters the archetypal social media-obsessed rich girl Taniya (Ananya Panday) who seduces the hero with her “devilish” charms. Taniya is so lazily written that it feels almost satiric with her pretentious materialistic life and friends. In fact, she is dull enough to refer to the Jeet kune do as Kung Fu and mock the Chinese art in spite of having a brother in the arena which makes one wonder what her winning quality is other than having the perfect wardrobe. Here’s the very unpredictable twist, she’s the villain’s sister! Her brother Sanju is a Mixed Martial Arts champion himself and ruffles with Liger.

The script is incredibly lazy, and their conflict does not even get addressed well enough and feels like a textbook been there done that scenario. We never get to see Liger’s hard work or training to achieve his ambitions; it seems like he was born with perfect muscles. He rains punches on every match he is in, towering down his opponents.

The songs and background music are atrocious. When you somehow sit through the high-pitched 'Aafat' with its questionable lyrics and the plastic romance, the second half begins where you realise that in fact you were never watching a martial arts movie. It seems that Puri had mixed up the script of a sports drama with another one from the gangster genre. Sprinkle in some mother motivation with unnecessary intensity and plain patriotism: “We are Indians and Indians will rule the world!”.

The only unintentionally funny scene is when Liger gets thrashed up and hung under a rail by a bunch of female fighters as he is on a mission to save his damsel in distress Taniya. It is a refreshing jab at his misogynist 'Arjun Reddy'. Yet even the mafia female gang fight is coated with sexist humour, and one wonders at the MMA fighter's crassness at women fighters.

If Karan Johar and Puri had spent half the amount they spend on aggressive promotions of the so claimed “blockbuster“ on a better script, the movie would not have been half bad. I could silently hear Arjun Reddy fans clapping to scenes of Liger manhandling Taniya and chasing her around with a stick as he cusses and thrusts his pelvis at his opponents. Even though the promotion team released an Instagram filter on Liger it seems like they conveniently ignored to channel his aggressiveness or street smartness or even his stammer into a story of conviction and coming-of- age.

Liger’s god-hero Mike Tyson’s aka Mark Anderson’s much anticipated entry was a cringe-worthy but oddly entertaining climax. One would wonder why the legend even chose to do a role that adds zero fodder to his image though his charisma was infectious. Liger tries to be many things and ends up being neither a blockbuster nor a convincing tale of a common man’s road to success addressing his personal turmoil that the audience could have empathised with. Instead, it is a confused mesh of predictable elements and a patched up climax. The movie isn’t the worth the anticipation.