'Good Luck Jerry' review: Janhvi Kapoor-starrer is a fun ride, but has its flaws

Humour works well, but the plot gets tiresome 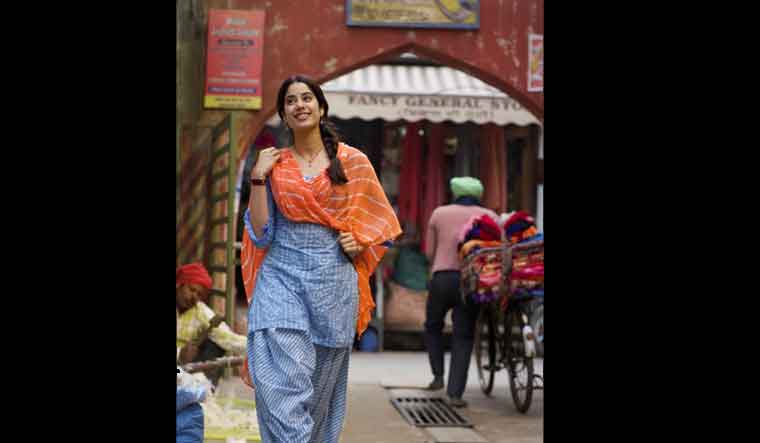 Chaos follows when a family in desperate need of money unluckily encounters drug lords. That is Good Luck Jerry in a nutshell. The humorous part of the film was successful, but the remainder of the plot was presented with a distinct lack of effort. It is a Hindi adaptation of the 2018 Tamil film Kolamaavu Kokila starring Nayanthara.

The opening titles of the film feature animation depicting Jerry (Janhvi Kapoor) and her family moving from Darbhanga (Bihar) to Punjab. When she was little, her father died, and ever since, Sarbati (Mita Vasisth), her mother, has relied on selling momos to make ends meet. She has a younger sister named Cherry (Samta Sudiksha). Her mother disapproves of Jerry's employment at a massage parlour. The show-stealing Rinku (Deepak Dobriyal) is introduced immediately and is madly in love with Jerry. He occasionally offers light relief with his humour.

The family appear to be doing well until they learn that Sarbati has stage 2 lung cancer. Jerry feels utterly disturbed and powerless in the face of the expensive treatment. Despite her best efforts, she has received no assistance.

Jerry unintentionally becomes involved with drug dealer Timmy (Jaswant Singh Dalal) one day. She understands that perhaps working for him will enable her to make enough money for her mother's medical expenses. The movie's true plot, in which chaos breaks out, begins when she decides to quit the job after realising the major risks that are associated with it.

The comedy-centric nature of the film ensures that even when violent scenes occur, it isn't disturbing. The audience is kept interested despite the weak plot thanks to the dark humour and the chaos. Although the comic relief was enjoyable, it becomes tedious and boring. Additionally, the climax didn't seem powerful enough, and the never-ending twists grew tiresome. The songs were peppy and complimented the action sequences. It was fascinating to see how Jerry developed from being this helpless young woman who had to deliver drugs without questions asked to becoming a tough woman who used the same techniques on these dangerous thugs and outsmarts them.

An amusing comedy-crime bundle was packed into this 120-minute movie by the director Siddharth Sengupta and the writer Pankaj Matta. Jhanvi gave an organic performance and was clearly absorbed in the role. It was a delight to watch Dobriyal since he totally nailed his role. The humour was further enhanced by the appearances of Sahil Mehta, Mita Vashisht, and Neeraj Sood.

It somewhat evokes memories of the uncomplicated old-school comedies.