Barring a few instances of melodrama, Rocketry is worth a watch 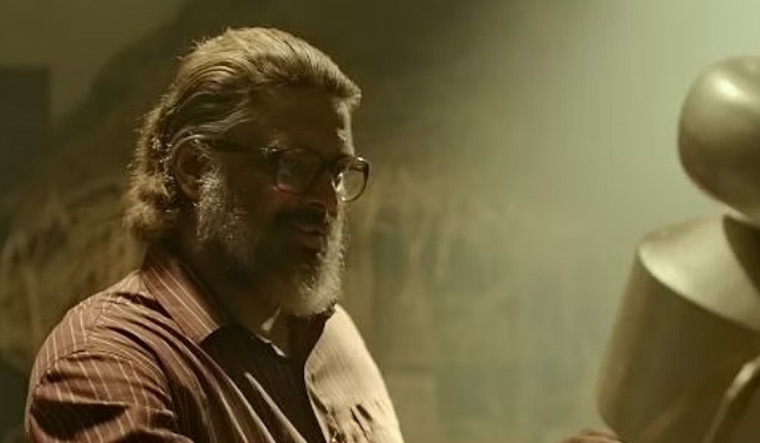 Few biopics churned out by the Hindi film industry in recent times have managed to stir the conscience, the way Rocketry: The Nambi Effect has. Helmed by R. Madhavan, the multi-lingual film is a gripping narrative about the highly eventful life and times of rocket scientist and Padma Bhushan awardee Nambi Narayanan who headed India's historical mission to Mars (Mangalyaan) and also helped the nation develop some of its first cryogenic engines.

Written, directed and led by Madhavan himself in the role of Narayanan, the film begins with the ISRO scientist's arrest in 1994 on charges of espionage. The sensational case hogged the headlines and it turned the community against Narayanan and his family. Fast forward two decades, and Narayanan is being interviewed by a TV anchor (an unimpressive cameo by Shah Rukh Khan), and the story of the scientist is revealed in flashback. Khan may have been roped in to add a certain heft and gravitas, but, in the small part, Khan fails to strike a chord. His character seems forced and ineffectual.

As Rocketry enters the second half, one feels it treats the subject with undue reverence. Yes, Narayanan has been a scientist par excellence; he's meritorious and one of the brightest minds of the country, having shared time and space with equally exceptional colleagues, including Vikram Sarabai, who was his senior and mentor, A.P.J. Abdul Kalam, who was a contemporary, and Neil Armstrong, with whom he shared a drink at a bar as shown in the film. But there is no other side to the man, except that he was a genius and an unfortunate victim of circumstances, triggered by self-serving personal agendas of state and non-state actors, that cost him his directorship at ISRO.

Madhavan has involved in almost every aspect of the film, be it the script, dialogues, production, direction and acting. His bias for the subject comes through in parts, especially towards the latter part of the film which deals with the protagonist's precipitous nosedive into ignominy. We want to know what exactly happened and who hatched the conspiracies. That does not come through.

Also, Narayanan has been duly credited with everything great that happened during his time at the ISRO. However, the others, equally renowned scientists of the time, have not been given their due. Everything - from a deal with a Rolls Royce CEO to an agreement with international space agencies and launch of the Vikas rocket engine - is solely credited to Narayanan. Which seems a bit far-fetched, and lacks conviction, too.

Barring a few instances of melodrama, Rocketry is worth a watch.