Jug Jugg Jeeyo: Good for a one-time watch with the family

Kiara Advani gives a strong performance in every shot 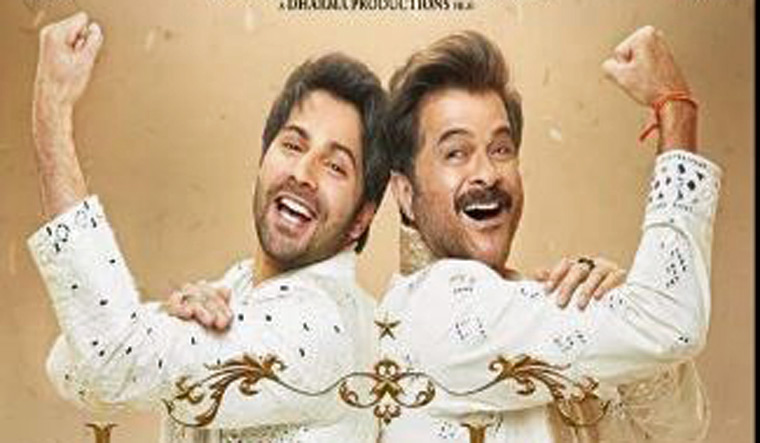 Unhappy couple Kukku and Naina journey to India to tell their parents that they wish to get a divorce. But they have no idea that a bigger change awaits them at home.

The five-year marriage of Kuku (Varun Dhawan) and Naina (Kiara Advani) is on the verge of disintegrating. The parents of the former-- Bheem (Anil Kapoor) and Geeta (Neetu Kapoor) want to get separated too. The ability of Jug Jugg Jeeyo to effectively highlight the talents of its entire cast is one of its greatest strengths.

The director Raj Mehta has gone all out to offer Anil Kapoor some of the best scenes and dialogues in the movie, making the most of his flexibility. The chemistry between Kiara and Varun is energising, and unlike other rom-coms, she isn't used as a prop. She has some powerful scenes. Neetu Kapoor is a joy to see on the big screen, and Maniesh Paul is a natural at bringing in comic relief.

Kiara Advani gives a strong performance in every shot. Varun Dhawan's performance in the film was not entirely satisfactory; there were instances in which he could have done better. Neetu Kapoor is endearing and captivating, and she does a fantastic job in the role. When her character has the chance to take the lead in the second half, she performs her best. The debut by YouTuber Prajakta Koli is strong, but there is scope for improvement. Maniesh Paul does the most satisfactory job of portraying the flashy Gurpreet.

The creators give every archetypal issue a comic spin-- from intrusive aunts torturing newlyweds for "good news" to a woman marrying a man she doesn't love merely to be "settled." The movie consistently uses humour to shed light on several concerns. The entire story revolves around relationship problems that are difficult to fix, yet are handled deftly enough to keep the viewer engaged. There was also a little lag towards the film's second half, which could have been taken care of by tighter editing. Both the start and the end of this family drama are excellent.

Altogether, the movie is perfect for a one-time watch.