The movie also marks the much-awaited comeback of Jagathy Sreekumar 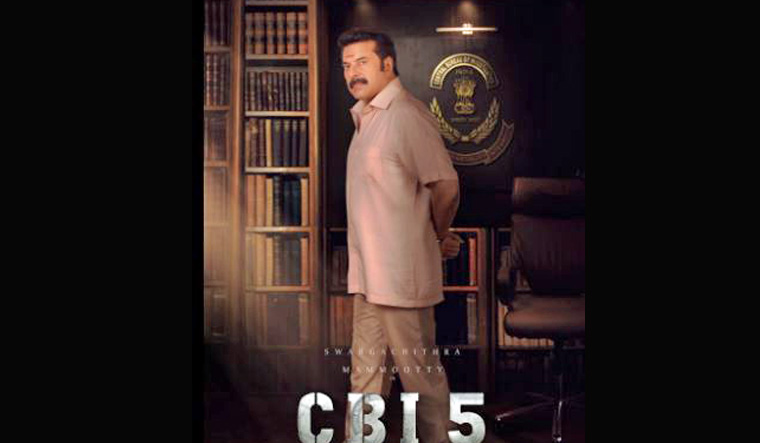 Mollywood's own Hercule Poirot is back. Four films and more than two decades later, Sethurama Iyer is as perceptive, measured and astute as ever, and the distinctive gait and mannerisms of the character are well in place when he arrives to solve another seemingly daunting sequence of crimes.

After the title credits that pay tribute to iconic moments in previous films in the series, the director-writer duo of K. Madhu and S.N. Swami introduces a case that baffled the CBI the most. When a minister dies under mysterious circumstances, and those connected to him, including a police officer who was probing one of the murders, get killed, the CBI steps in. The makers are aware that central agencies taking over a probe, even those that are barely controversial, are commonplace now, and so place the story safely in 2012.

Before the release of the movie, the term ‘basket killing’ has been all over social media, thanks to writer Swami. The writer had refused to divulge more about the term in connection with the movie, and consequently, there have been a few speculations about the plot. The term did pique the interest of aficionados of the genre. As Iyer and his team probes, to the tune of that iconic background score, the death of a cop, they meet with corrupt cops, misdirection and a mysterious assassin.

Over the course of the past two decades after the first movie in the series, Oru CBI Diary Kurippu (1988), was released, investigation, as shown in cinema (and the scores of TV shows on several streaming platforms), has changed, for better. Sure, the brilliant investigator protagonist relies on his observational skills, insights and 'brain' to unravel the mystery, but technological developments which the audience is now familiar with have been equally resourceful to him/her. The director-writer duo has managed to keep pace with such advancements in setting up a plot device, and Iyer too, banks much on CCTV evidence and other advancements to zero in on his suspects. However, it is hard to overlook a few glaring plot holes, like a computer wizard carrying a highly advanced hacking software, in a pen drive, without encryption for the programme.

A frequent trope in the franchise has been sexual promiscuity and/or the attempts to conceal it and a resultant crime. The fifth instalment of the movie too stays faithful to this trope, and so at the centre of the proceedings is sexual jealousy, while infidelity forms a subplot.

There are a few twists and surprises to keep the movie mildly engaging, as bodies drop and new connections are unearthed. The director throws enough and more red herrings in your way, so every other character could be a suspect, or has an axe to grind. However, it is hard to overlook a few elementary things—that the method of murder shown in the movie might be inspired by an episode in the modern-day adaptation of Sherlock Holmes stories, Elementary.

When Iyer returns to screen after 17 years, his gait and mannerisms are intact, and this appears to be a cakewalk for Mammootty. However, the film-making style of a bygone era, including the close-up shots and dramatic dialogue delivery, too, is back and the new generation of moviegoers may find all these a tad unappealing.

The movie boasts a bevy of stars-- Soubin Shahir, Dileesh Pothan, Sudev Nair, Kaniha, Ansiba Hassan, Sai Kumar, Anoop Menon, Renji Panicker, Mukesh, Asha Sharath, and Ramesh Pisharody. However, there are hardly any characters that are well-developed or have an arc. Shahir fails to exude the charisma and menace that his character of a psychopathic computer wizard demands, and instead ends up being loud and tedious, without an ounce of nuance. The talented Sudev Nair is wasted in the role of a cop who barely has anything to contribute to the proceedings, while Sai Kumar as DySP Sathyadas is just a pissed off cop brought in for old time’s sake—there are a throwback sequences from earlier movies which have no bearing on the plot. Dileesh Pothan too has little to contribute.

The movie also marks the much-awaited comeback of Jagathy Sreekumar. His character, Vikram, is retired and wheelchair-bound, but, offers the deus ex machina in the few minutes that he is around. It is a delight to see the actor on screen after a long time, and the move might find favour with fans of the franchise.

If you are an Iyer fan and can overlook a few glaring inconsistencies and plot holes, the movie might engage you.