The director appears to justify polyamory with a touch of patriarchy 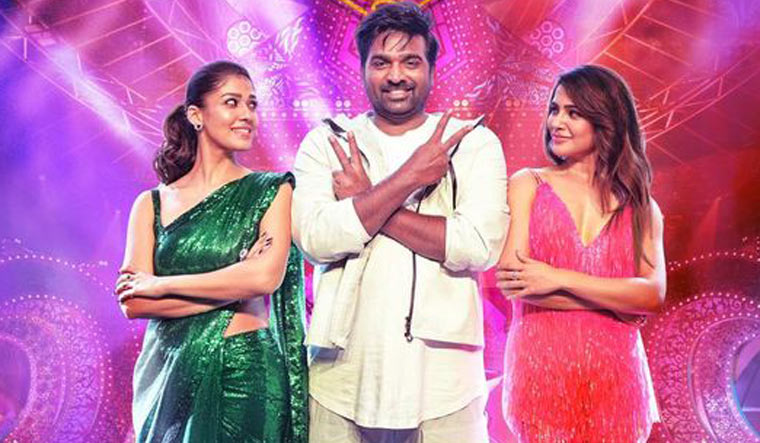 You might like both day and night. You might be a fan of both Mammooty and Mohanlal, Rajinikanth and Kamal Haasan. You might like to have both biryani and curd rice. Sometimes, you might even mix coffee and tea and drink it like how Vijay Sethupathi's character drinks in Kaathu Vaakula Rendu Kaathal. The ‘two’ in these combos might sound normal. But if you think dating two women at the same time is unusual, then you might be wrong, and this is exactly what Sethupathi as Rambo does in director Vignesh Sivan’s Kaathu Vaakula Rendu Kaathal.

The film begins with a television reality show, saying Rambo has a health disorder. We are then introduced to his past; his family believes that anyone who get married in the family would die. Rambo’s father marries a teacher, but dies on the day Rambo is born. Rambo believes that he is unlucky and feels if he is near his mother, she would also die. He moves away from home, only to learn about his mother's health condition from his aunt.

Many years later, he is a cab driver during the day, and works at a pub at night. He continues to believe that he is unlucky. But things change when he meets Kanmani, played by Nayanthara and Khatija, played by Samantha Ruth Prabhu. He begins dating them both. All hell breaks loose when the two women learn that he is seeing them both. The rest of the story is about how he manages his relationships.

It might be fun to watch Sethupathi playing cool when he is caught between the two women. However, the director tries to defend the character of Rambo and his decision to date two women. Sivan tries to normalise this with a touch of patriarchy. What if any one of his two women have another boyfriend or decide to date more than one person?

While attempting to pass Kaathu Vaakula Rendu Kaathal as a lighthearted entertainer, the director appears to justify polyamory. A man having two wives was a familiar trope in earlier Tamil movies. Sivan too borrows this premise and ends up justifying patriarchy.