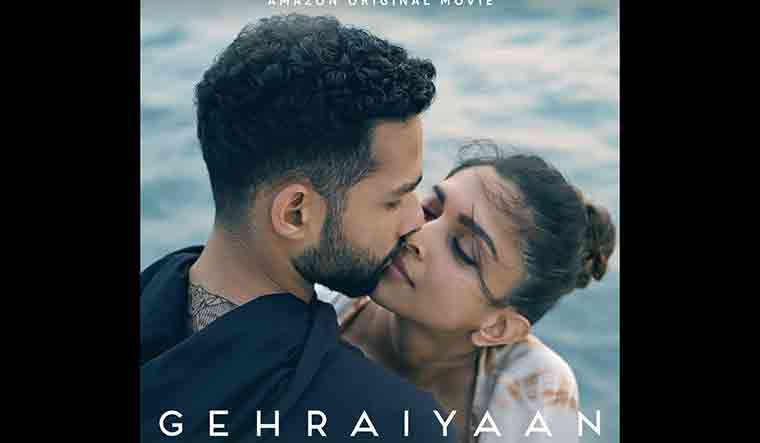 First, Gehraiyaan has more to it than Deepika Padukone and Ananya Panday strutting around in swimsuits and negligees. And that 'more' is a lot of boring and lacklustre dialogues, much rona-dhona and a pace that will put you to sleep in the first hour itself.

The plot line is interesting—a total masala film with a love triangle at heart, with layers of greed, ego and revenge. However, a great plot is ruined by insipid and unimaginative storytelling.

Bollywood has churned out plenty of movies with triangle love stories that have managed to move the audience and stay with them long after watching them. Take for example Silsala (1981), Kuch Kuch Hota Hai (1998), or Jab We Met (2007). We loved the chemistry between the leads, the dialogues made them more endearing and the music further elevated the proceedings.

In Shakun Batra's Gehraiyaan, we see zero chemistry between the couples, be it Siddhant Chaturvedi (Zain) and Ananya Panday (Tia), Deepika Padukone (Alisha) and Dhairya Karwa (Karan) or between Zain and Alisha, which forms the crux of the film. It takes multiple frames of physical intimacy to really establish the chemistry the couple (Zain and Alisha) shares; there seems to be zero intellectual or witty repartee between the two, and nothing really convinces the viewers of the spark between them except for crashing ocean waves that symbolise the swelling passion between the two in the most cliched way possible.

Yoga instructor Alisha and adman-turned-writer Karan have been together for six years, but Zain's entry upsets the chemistry between the couple. Money plays a big role in Tia and Zain's relationship, too. The former's inheritance fuels Zain's real-estate business ambitions.

An Amazon original, Gehraiyaan, is a 150-minute film which seems to have been scripted to suit the stars. However, all the four leads come up with tepid performances, lacking any sort of charisma.

When Tia tells Karan that she's planning to start pottery classes, he replies, "Mujhe laga tu potty trained hai!" (I thought you must be potty-trained.) That's why you want to be angry at those who have scripted Gehraiyaan.

The film also aims to bring Deepika and Ananya on the same age platform, even though in real life the two are separated by thirteen years and obviously nobody wants to be deluded into accepting that the two are contemporaries. If you still need a reason to watch the film, do it only for all four eye candies. Because that is all there is.