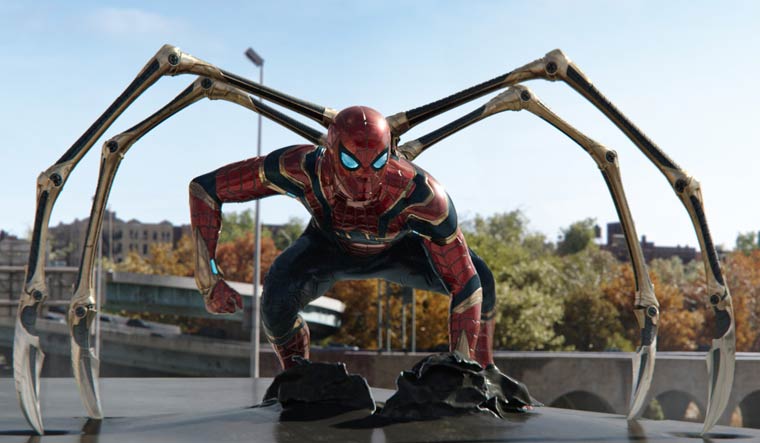 A still from Spider-Man: No Way Home | Marvel Studios

The multiverse is a concept about which we know frighteningly little, says Doctor Strange in Spider-Man: No Way Home. It is an admission as the Marvel Cinematic Universe feels its way in the dark. With No Way Home, it is starting to look messy, but before the MCU dives into the deep waters of the multiverse, it has produced another entertainer with arguably the most entertaining comic book character of all time.

As expected, Spider-Man: No Way Home is loud and crowded, yet thrilling in the way it builds up for a stunning, emotional final act. Director Jon Watts has made his name in Hollywood with this trilogy, and though the future of the web-slinging hero is uncertain—Sony and Marvel are yet to decide on the future of the collaboration—Watts has tied up things well despite the overbearing expectations of the MCU.

(Certain plot points will be discussed but only those already referenced in the trailers.)

The film explores how Peter Parker's life has been turned upside down, yet again, as everyone knows he is Spider-Man following the events of Far From Home. He is the most popular superhero in the world, now that the Avengers are disbanded. Life is hard for Parker and those closest to him, and he wants out. So he goes to the one man known to possess powers to alter reality: Doctor Strange.

This is where it starts to get sticky. Magic makes things annoyingly convenient and at several points in the film, it feels like a couple of spells could have just solved a lot of matters—like it does in other parts of the plot—hence the inconsistency is baffling.

Moreover, Doctor Strange, who is presumably the new leader of whatever is left of the Avengers is no Tony Stark. While Stark's technology is still saving the world, Strange is starting to look erratic and tentative in his decisions, very unlike the sagely Sorcerer Supreme of the Infinity War films.

Things go haywire when Parker messes with a spell. Some of his goof-ups are reminiscent of Star Lord's big blunder in Infinity War—great fodder for a whole episode of “How it Should Have Ended”.

It is no secret now that the multiverse opens up and classic villains from previous iterations of the webbed hero make their return. It is refreshing to have legendary thespians like Alfred Molina and Willem Dafoe back on screen, and though crowded, the villains of the past show more depth this time around.

Parker is faced with a moral dilemma on how to deal with these bad guys, and he goes through a rollercoaster of emotions and thoughts as people around him enforce their views on him. 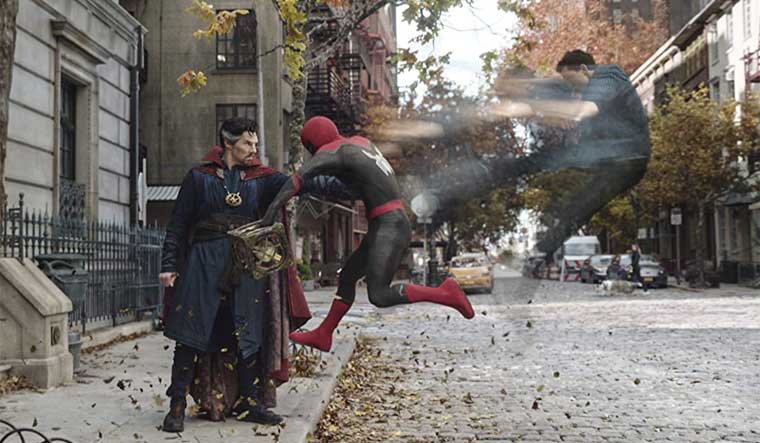 Doctor Strange and Peter Parker in a still from Spider-Man: No Way Home | Marvel Studios

The elephant in the room is obviously the big question of whether Tobey Maguire and Andrew Garfield reprise their roles of Spider-Men from other universes. Honestly, the less said about it the better. Whether they are in it or not, it is pure entertainment.

Of Tom Holland, it must be said that he delivers another excellent performance as Peter Parker. Holland's face has been everywhere over the last few months as the team aggressively promoted the film. The Brit gets a lot of flak for simply being a bumbling millennial. Yet, his emotionally charged turn in this film, in addition to the quirks and silliness that is synonymous with Parker, is a joy to watch.

The same must be said of Zendaya and Jacob Batalon, who do well in their supporting roles. The chemistry, or the lack thereof, between Zendaya and Holland still feels odd though. The previous Parker-MJ pairs fair better in that regard.

With a run time of 2.5 hours, No Way Home could have been tighter. Villains go to unnecessary lengths to explain their origin stories, our heroes chit-chat excessively during crucial scenes and catchphrases are repetitively emphasised.

Where the film scores is Michael Giacchino's score. The smooth transitioning of the soundtrack as various characters are introduced and as the plot twists and turns brings feels epic-like and even nostalgic at times.

The ultimate motive of the film as a standalone one seems to be the fan service. To flirt with the expectations of hardcore Spidey fans, be it those of the comic books or those of Sam Raimi's films—let's face it, there are no fans of the Andrew Garfield movies. There is even a nod to a popular meme from the first Raimi movie.

Until now, the animated film Spider-Man: Into the Spiderverse has been a standout example of a Spider-Man film that came closest to the comics. The animated spin-off is a classic, replete with the humour, action, excitement and colour that the comics possessed. It surpassed all expectations and even possesses bragging rights of introducing the concept of the multiverse while MCU was yet to venture into it.

On that front, No Way Home does well, too. You are treated to several “literal chills” moments, which makes the hype all worth it.

Yet, when looking at the bigger picture—it is after all a part of a bigger narrative—the film is not entirely solid. The MCU is starting to show signs of cracking under the weight of its own legacy and expectations.

After the euphoric highs of MCU's phase three, most of the films and series of phase four seem to have lost the intensity and attention to detail, making it difficult to take them seriously. Loki and WandaVision were good, as was Black Widow. The rest seem to be shallow fillers while we waited for the bigger projects to kick in.

The big one is here, and it is a fun ride. But the inconsistencies will gnaw at you. The next big release is Doctor Strange In the Multiverse of Madness. Though we get a glimpse of it in the post-credits scene, things are starting to look messy.