Marakkar review: This Mohanlal-starrer is a mixed bag

Few films have generated such hype recently as Priyadarshan’s Marakkar 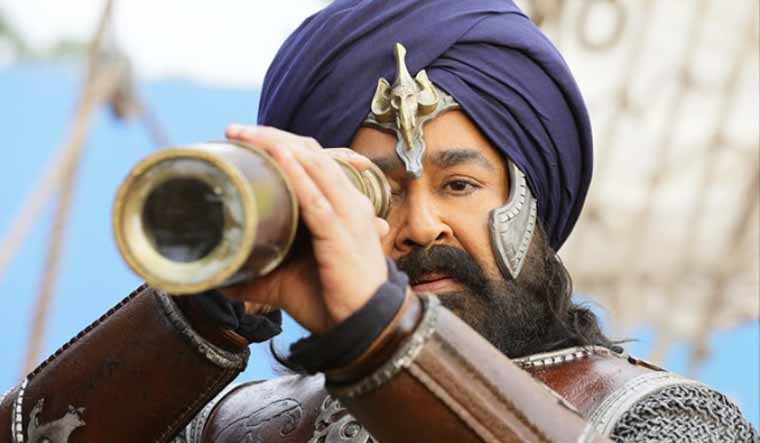 A flawless and a must-watch film then? Err….

Few films have generated such hype in Malayalam cinema recently as Priyadarshan’s Marakkar: Lion of the Arabian Sea. Most of the reasons are listed above. The uncertainty over the theatrical release, along with reports of an OTT release instead, added to the frenzy.

The magnum opus starring Mohanlal is based on the life and actions of Kunjali Marakkar IV, the legendary naval chief of the Zamorin of Calicut. The costliest film in Malayalam film history was made for the big screen. Period.

Marakkar has all the highs and lows of a typical historical film. The production design handled by the irreplaceable Sabu Cyril takes the viewer back in time to the era of the Zamorin and the Portuguese on the Kerala shores. Though, to a careful eye, the shades of a contemporary brush are hard to miss on this extravagant canvas, be it the language used or the costumes worn (interestingly, one of the three National Awards that the film won was for costume design).

As a visual spectacle, Priyadarshan’s film scores high. Be it the elaborate sets or the battle scenes between Marakkar and the Portuguese army (which might remind one of the sea battles in Pirates of the Caribbean series), Priyadarshan has left no stone unturned, going by Malayalam’s cinema’s technical standards. Even the storm scene in the sea is pretty convincing.

The performances are the other high point of the film. It needed someone of Mohanlal’s stature to carry the film, and the veteran actor does what is expected of him. He is out of his comfort zone and it shows in places, but kudos to the actor for taking up this challenging project despite his limitations. (It’s hard not to notice shades of Robin Hood-esque Ithikkara Pakki in Lal from his cameo in Kayamkulam Kochunni.) Along with Lal, Hareesh Peradi as Mangattachan and Nedumudi Venu as the Zamorin, deliver power-packed performances, which linger on in your minds. In fact, the way Venu owns the role, it shows the vacuum the late veteran and versatile actor has left in the film industry. For Peradi, it is definitely the best role in his career. See it to believe it. Another veteran actor who leaves his mark yet again is Siddique. Arjun Sarja is another bright spot in the stellar cast and brings the gravitas required for the role. Most of the others add to the casting coup.

Surprised that there’s hardly a mention of the female actors, which includes proven actors like Suhasini and Manju Warrier and promising young talent like Keerthy Suresh and Kalyani Priyadarshan? Watch the film, and you will know why.

A word about Pranav Mohanlal, though. The son portrays his father’s younger self in the film. The lad has improved a lot from his Aadhi days, though he is not yet done with showing off his parkour skills! His performance is like a promising trailer of what to expect from him as an actor in his upcoming film Hridayam.

The disadvantage for Marakkar, or for any mythological or historical drama now, is that the comparisons with Baahubali films are bound to be there. In fact, S.S. Rajamouli has set the benchmark so high with the films, it’s almost impossible to come anywhere close to it. Baahubali films scored with the original though fictional script and mind-blowing detailing. Marakkar doesn’t have the luxury of the former, nor the patience for the latter.

Also, the son-of-the-soil versus the foreigners is a template as old as time now. Be it in Prithviraj’s Urumi, Chiranjeevi’s Sye Raa Narasimha Reddy or Mammootty’s Kerala Varma Pazhassi Raja (And we are not even treading into Bollywood). The filmmakers keep discovering a new ‘India’s first but forgotten freedom fighter’ every other day. But that is not to say that the tale of the Marakkars need not be told. However, creative freedom and dramatisation have often proved to be the undoing of many a historical film. History is never complete, and in the world of cinema, the holes are plugged as per the wishes of the one who wields the camera. Marakkar follows the same time-trodden path. Unsurprisingly so.

The first half, which starts with Pranav’s extended cameo and ends with a Lal-esque ‘climax’, seems like a film in itself. The second half is where the rest of the story unfolds, but drags on, testing the viewer’s patience, before the crescendo is reached, literally.

And there’s even a bit of Gladiator-like ending, complete with a soulful song, thrown in at the end.

Just another ‘inspiration’ in a film on an inspiring figure.