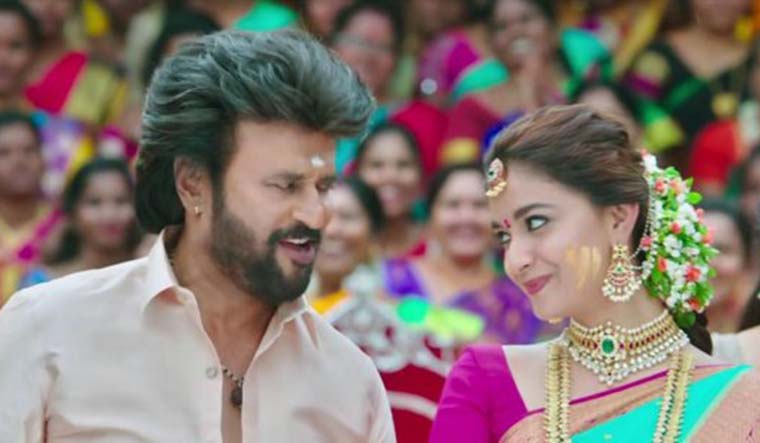 The name itself was a statutory warning. Two hours and 43 minutes was on the higher side, but more the minutes, the merrier. Because it’s a ‘SUPERSTAR RAJNI’ film!

What better than a Rajinikanth film to draw the viewers back into the theatres after a hiatus like never before. A quintessential Rajinikanth film ticks all boxes—'mass’ moments, punch dialogues, drama, emotion (every hue), songs, fights and the all-is-well ending. So, it was the perfect recipe to lure in the family audience and youth alike to the theatres, to lift the pall of COVID-19-induced gloom among the film lovers and theatre owner.

But nothing prepares you for Annaatthe. Yes, those extra letters were a clear indication of the drag it was going to be! The trailer more so. But what’s life without hope. The film is set in a Madurai village, of which Kaaliyan (Rajinikanth) is the president. He is a do-gooder. Check. Everything that moves in the village respects him. Check. He sings. He dances. He spouts wisdom at the drop of the hat. He beats up wrongdoers at will. Check. Check. Check. Check. The template is as ancient as the silver screen itself.

Kaaliyan and his sister Thanga Meenakshi (Keerthy Suresh) are inseparable, and swear by each other. Melodrama follows. You need not have even watched Ajith-starrers Vedalam or Viswasam, both by Annaatthe director Siva, to know where the film is headed. But wait, not so soon. So, we have Prakash Raj bursting on to the screen as the typical villain, only to disappoint us later. Pachakili (Soori) as the stereotypical sidekick, trying to tickle our funny bone, but in vain. We have Rajinikanth’s yesteryear heroines Meena and Kushboo dropping in to humour us, but instead, leaving the audience wishing it was just a bad dream. In the midst of all this mess, Pattu (Nayanthara), a lawyer, falls for Kaaliyan. Don’t even ask how. More melodrama follows. Honestly, at times, it felt like an extended soap opera minus the ad breaks!

Vedalam, and more recently, Jyothika-Sasikumar-starrer Udanpirappe, too, dealt with sibling love, with varying degrees of success. But, Annaatthe is let down by bad writing more than anything else.

Only towards the end of first half, does the film take a meaningful turn, raising our hopes. The scene shifts to Kolkata, and our questions are answered, though not in the most convincing manner. It’s time for the villain to make an entry. Wait. More the merrier, isn’t it. So, Siva throws in another for fun. The two villains—Manoj Palekar (Abhimanyu Singh) and Uddhav Palekar (Jagapathi Babu)—are half-brothers and sworn enemies. Kaaliyan, who arrives in Kolkata from a remote Tamil Nadu village to save his sister, takes on two of the fiercest gangsters in a city unknown to him, singlehandedly. Sigh.

There are ‘Rajini moments’ in the film, with D. Imman’s BGM, which give us the goosebumps. But you can see these moments from a mile away. And these are simply not enough to hold a film together. It’s high time the directors realised that casting Rajinikanth alone cannot make or save a film.

Annaatthe has some of the biggest names in the south Indian film industry, but almost everybody is reduced to a mere caricature. Even Rajinikanth—charming and likeable as ever—looks only a shadow of his former self despite bringing in an energy to the role as only he can. While his Kabali and Kaala had their heart in the right place, Petta and Darbar tried to milk the nostalgia cow and fell flat. Annaatthe belongs to the latter category. With all those extra ‘n’, ‘a’ and ‘t’.